I’m bringing to the table not one but TWO problems regarding myself and my relationship with Gears.

The first one is pretty damn simple : Is Gears Tactics still in production?
When I first saw this , I went NUT.
An XCom like Game with GEARS? Set in the Locust war , with custom Gear Squad?
That’s basicly something I always wanted.
But I’m worried about this game.
I’m worried that this might never happen as a game in general.
I’ ve been following the Gears community for a damn lot of years , and I do remember that Epic had something like this in mind , but the project never seen light.
The Tactics’s thread section went BOOM in the last months of 2018 , but since then just SILENCE.
No words from TC , no news , nothing. Wonder WHY I’m worried?
So many projects got postponed just to be finally cancelled , and I do NOT want this to happen to Gears Tactics. I’ve seen so few about this game and I already loved that.
PLS TC , don’t cancel Tactics.

Now to the Big Part , that’s about Gears HiveBusters.
What most of you don’t know is that I am a Comics GRINDER. (GRIND! Ratatata -ehe , got it? … got it? … t’was terrible , right? Ow , ok , sorry.)
I love comics more than books.
Hell , nowadays I probably love comics more than videogames themselves …
Where’s the problem?
The problem is that these comics take - days? Nah. Months? Neither- DAMN YEARS to finally come out in my country! Really guys , my place is SO SH1TTY that they actually closed the nearest gamestop , I have to travel for a couple of clicks just to check if they’re there!
Do we want to talk about libraries? I ordered a couple of Marvels 10 August. Retired MID-NOVEMBER.
I’m still asking about The Rise of RAAM every time I visit the place , no way , Panini Comics just doesn’t seem interested into publishing it. HiveBusters … got me hyped. And I mean REALLY hyped.
I don’t give two sh1ts about Locust and damn RAAM , I want to see my buddies.
But how in the hell am I suppose to BUY these comics? They just won’t come out for years!
And don’t go tell me to buy the digital copies , the thing is for noobs.
I want the PAPER , I want the phisical ones.
Pls TC , you have to solve this. If not by randomly selling the comics - I understand that distibuction is hell of expensive - at very least create a viable way to order the PHISICAL copies online , I don’t even want them translated , original would be perfect.

Point is , I don’t even dwell too far from the civilized places , I could just travel to Rome and buy the thing there , but imagine all the Gears fans living in … let’s say , Russia. Brazil. Morocco. South Africa.
Don’t we deserve a fair tretment too?
Please listen to us , just because I don’t have 100k kills on multiplayer doesn’t mean I don’t love Gears.

Tactics is still coming out. We haven’t gotten much much news for any of the new games since they were first announced. We should be getting some info in June. As for the comics(the physical ones), you cant get find them through Amazon or the publishers website? Also Hivebusters doesnt come out untill next month even though it was supposed to come out in March got pushed back to May for some reason

Gears 5 and POP! Are quiet too. Wait for E3. Don’t think TC would’ve scrapped the project if they were proud enough to show it off at E3 last year.

Point is , I don’t even dwell too far from the civilized places , I could just travel to Rome and buy the thing there , but imagine all the Gears fans living in … let’s say , Russia. Brazil. Morocco. South Africa.
Don’t we deserve a fair tretment too?
Please listen to us , just because I don’t have 100k kills on multiplayer doesn’t mean I don’t love Gears.

TC can do nothing about it, same goes for the author. It’s the publisher you should bark at but unless there’s a profitable market for it you won’t see them on your local stores anytime soon.

I’m from South America and Amazon is my best friend, sure the shipping expenses are usually higher than the items themselves but at least I get what I want within a reasonable time frame. I got my physical copy of Rise of Raam this way.

As for Tactics, nothing wrong with no news yet, something will show up at E3.

Gears 5 and POP! Are quiet too.

You have a point on Gears POP! but not on 5.
Our almighy lord Roddie F tweets a lot about the project and the excitment , and that’s good because it let us know that the game is still in progress.
Tactics has been quiet -too quiet!- since announcement. Even the thread section is so inactive! We 've seen just a couple of frames , than nothing.
If this were complitely fine as you think , a TC Moderator would have closed this thread in no time because pointless , but this didn’t happen.
All I wanted to do was letting TC know that we still want this game!

It’s the publisher you should bark at but unless there’s a profitable market for it you won’t see them on your local stores anytime soon.

I painfully know.
Hey , since it’s all a damn business , should’t be legit to ask about a viable way to order phisical copies?
I don’t trust the online market anymore. Last time I bought a book it NEVER arrived and shippings are ALWAYS late.

Re tactics as other members have said E3 is where we hope to hear a lot more Gears news! I can’t fookin wait

I bought the Omnibus Vol1 for £18 a couple of weeks back from Amazon (UK). Obviously it is a “collection” but it is just brilliant.

Vol 2 is out around Christmas.

DOES THE OMNIBUS EXIST?! I thought it was just some Legend! Where the link at?

Do you remember in the run up to Gears 4 Rod “Ginger God” Ferg’ was EVERYWHERE, you could not shut him up (like a good CEO). Then for months post release when we were all moaning about stuff (maps, rng, credits etc) you could not find him ANYWHERE

. Actually you could, he would be showing of his new Trainers or his latest cocktail on twatter…
I wonder if it will be the same this time round ? 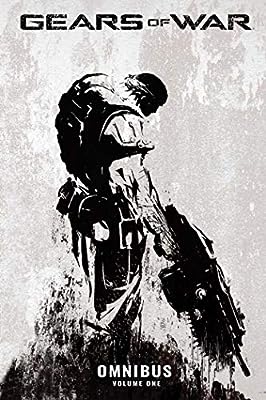 Oh well , maybe I got it wrong. I thought this was a ‘legendary BIG’ issue with the whole comic saga in it , from N#1 Hollow to N# 5 of Dirty Little Secrets.
If it’s just ‘Hollow’ sorry TC , I already have that on his original cover. …
…
Definitly WOULD buy ‘Barren’ again , Alex Brand is goddess of everything.

Hey , thanks for your reply anyway!

She is my goto in J

We haven’t seen anything on Gear 5 or tactics since its first announcement last year. Rods tweeting hasnt showed us anything. We’ll get a bunch of news in June as supposedly Sony won’t be there so Microsoft needs a lot to get people interested and all they really have for this year is Gears.

SONY will be doing its own thing.

Most likely is an announcement or tease for the PS5.

Also, should see more of The Last of Us 2 and Death Stranding, two other games I’m excited for!

I read somewhere that they weren’t participating this year for some reason. Also this was before the PS5 was really announced

They are not, but will have their own thing

As a result, we have decided not to participate in E3 in 2019." Normally, Sony would hold a press conference and have a booth at the event - which takes place in Los Angeles, California, on 11 June. … This isn’t the first event Sony have cancelled.

I read somewhere that they weren’t participating this year for some reason. Also this was before the PS5 was really announced

They are not, but will have their own thing

They are most likely doing a Nintendo Style Direct Video in their own PlayStation Style.

Again, it seems like a quiet year for games, the only major ones I can think of the 3 - Gears 5, The Last of Us 2 and Death Stranding.

Still, those 3 are well enough and the reveal for 5 will bring with it much needed information!

Look guys , let us not derail from the main thread , and that means Gears Tactics. You guys are certain that they will show it at E3 , but a FULL YEAR without news or at very least rumors it’s just too much time.
Even damn Titanfall 3 has rumors , and it has already been cancelled. Also , I don’t think that Tactics should be considered a Triple A , but I hope to be mistaken.
The Gears movie announced two years ago died in silence and nobody noticed.
Don’t let Tactics die too.