The End of Gears 5 eSports

They’ve announced this is the final season.

@GearsEsports
Today, @CoalitionGears is announcing that this will be the final season of Gears Esports. More here ⬇️

Oh how my heart aches.

What will the players do in the meantime?! Find actual real jobs?! Will someone think of the players???

So no esports for gears 6?

Oh how my heart aches.

I can smell that sarcasm from a mile away.

no esports for gears 6?

They’re 100% going to do eSports for Gears 6(there’s clearly enough viewership, and I’m using that term loosely, being milked for the skins), but this is the last thing that’s gonna happen for the scene in Gears 5.

so there no collector bernie today

I’ve absolute no idea. Asking @TSU_Silent would be your best bet.

Or GearsCharacters. He’s got sauces/resources that will probably tell him. 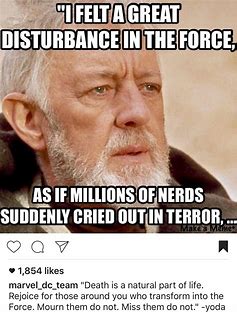 Read the blog post again. It very clearly states that there are two splits remaining plus the spring and summer majors.

Their language is vague. I’m going to assume the cancellation is indefinite.

That doesn’t mean it won’t come back later of course.

I don’t understand the people who hate eSports — but to burst the bubble of those who do hate eSports I would just like to point what should be obvious. This was ALWAYS going to happen with the long delay between Gow5 and whatever is next. There simply isn’t a reality where this doesn’t happen. It will also be back 100% for Gow6, or whatever the next GoW game is called — there isn’t a reality where it isn’t back.

The eSports scene being ran and supported by TC, in my opinion and I may be in the minority among competitive players on this, but we were far better off with MLG handling everything and the devs taking a backseat to it all. Epic let the eSports scene do it’s thing on their own without meddling, and in my opinion the glory days of GoW eSports were Gow1 & 2.

I understand why having such dev backing is good for exposure, and it’s cool to have the skins in the game and it helps finance larger prize pools — but in my opinion TC harmed GoW eSports more than it helped. It appropriated our existing community, and forced us to do things we didn’t want to do — like lose gamebattles among many others.

I think the best thing that could ever happen to this game as an eSport would be for TC focus on making a good game which appeals to the widest number of players, and for us competitive side to get picked up by a proper eSports org like MLG. TC could always partner, but having them more involved essentially pulling the strings I’ve never liked.

What will the players do in the meantime?! Find actual real jobs?! Will someone think of the players???

Sad face. Lack of lan sucks. It’ll all be good tho if Rise can win 1 of them majors

For what it’s worth, I enjoyed Gears 5 Esports. Haven’t watched in a while but when I did, I’d watch a decent amount, rooting for teams and interesting players. Probably watched a decent number of hours. The skins were a nice bonus but wasn’t why I watched, personally.

I know I’m in the minority but I loved gears esports. Loved seeing everyone’s different tactics. I didn’t even watch it for the skins.