The Coalition has really stepped up the skin game

Just wanted to say I appreciate The Coalition letting their amazing graphics design department loose finally. Recent skins have been fire. The ruin glyphs skins, the charmed skins, and the hologram are dope AF. I kept looking at the gun skins in 4 thinking, “when are they gonna do skins like these in 5?”. Well…now we know when. Right now…

Well obviously. They’ve got to compensate for the awful gameplay, good Doctor.

The amazing work their former employees did with character skins is literally the most redeeming quality of this entire game. Literally, the entire game.

Now that Parasidian and others have gone, I expect the quality to drastically decrease in the near future.

[edit] actually it seems it already has. Recolored skins like collectors Paduk are absolute garbage

I think skin design peaked in Gow4, and the my favorite skin motif was in Gow3. I hate pretty much all the skins tbh, Glory is cool, Cosmic is cool — that’s about it.

You get the point.

You count characters as skins as well? I only count weapon skins tbh, but if we’re talking about characters then I actually still think design probably peaked in Gow4 with Black Steel Classic Daird & Black Steel SK. And the best looking default Cog characters are all from Gow3 imo. The shade of blue that TC chose to go with for classic cog armor, specifically Baird/Kim/A/BCarmine just doesn’t anywhere near as good as the shade from Gow3, and it’s a massive difference if you compare side by side.

Gow4 probably has the best looking default SK, and SK is probably the best locust/swarm character.

Oh my bad lol I thought you meant character skins. yeah gears 5 weapon skins are def a downgrade from 4.

The shade of blue

but we can see that TC actually brought those types of colors back on two characters, recruit clayton and academy Anthony, clay looks exactly like how he did in gears 3 and those colors are great. and you can tell whoever designed Academy Anthony took inspiration from clays recruit outfit.

savage drone is streets ahead

There’s very good contrast on display here with the different browns, harsh thick black outlines on the belts and straps with conservative usage of the actual bright standout-ish color which really helps it pop.

Comparing that to this

The browns have basically all been replaced by a uniform gunmetal grey, there’s been some slight chroming to give the effect of metal, this replaces the brown/gunmetal grey/black outline style in a more simplistic fashion, uniform and in my opinion soulless fashion. The worst part of this in my opinion is the blue color they’ve chosen, which barely pops at all, and although it’s distinct enough to where you can tell when the grey stops and blue begins, it’s clearly drawn from the same exact palette, and looks too similar for me.

I would describe it as bland, just very bland — if they were really set on using that shade of blue then steps could’ve been taken to ensure a less uniform and more standout-ish and unique effect were achieved, the armor is basically just two colors, both of which I feel are too similar.

Edit: I think brown is probably one of the most underrated colors, there’s my hot take.

I dont like that blue for Baird, it worked in UE because the game was so dark but I think it looks bad compared to Kims, A and B Carmines.

From TC taking over, they tried to change up the characters with generic COG armor and give them their own armor so it doesnt look like they all have the same body but with a different head. with Anthony and Ben, A has the iconic satchel on his right leg and puts his pistol on his butt while B lacks a sachel but holsters his pistol on his leg. Kim and Baird also have the satchel but Kim was given elbow pads and different shoulder pads to stand out. Baird has these metal bars on the circle plates on his chest that none of the others have.

Is it Bairds new color that you dont like or is it Kim and the Carmines too?

If you really look for it, Kim in this game has a slightly lighter blue than classic baird. It’s not by much but when you see it you can’t unsee.

GowUE actually began the trend of changing the colors, Bairds colors in that game look particularly bad, he’s somehow even more grey in that game than he is in this one. 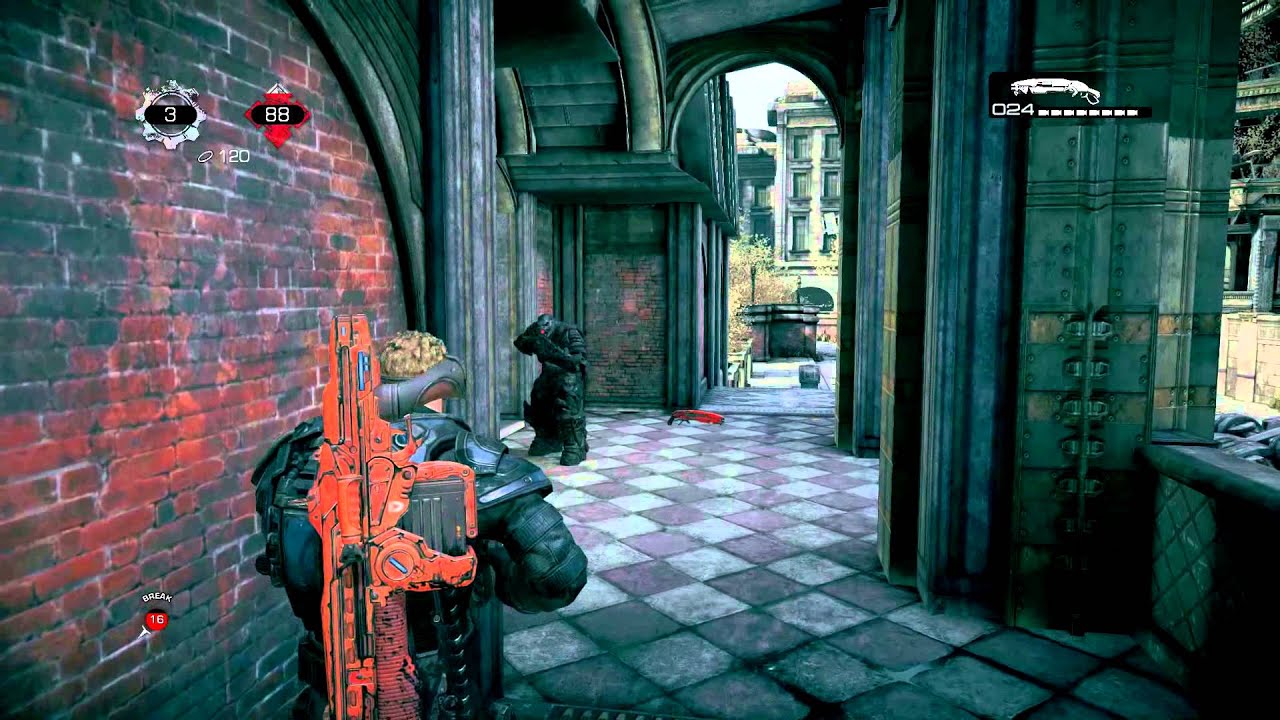 well its also due to the color change in UE to 4 and 5. 4 and 5 are much more colorful so he doesnt look like he belongs in a noir movie as much.
this new baird is a vast improvement from old baird, its an improvement from the original color imo but i wish he would use Kims armor color.

I like the new color for Kim, and A and B. its a nice shade of blue.

Yeah they’ve been going absolutely crazy with a lot of the skins in this game haha. There’s so many good ones. Gotta love the legacy characters like Omega Squad Marcus, Lieutenant Baird, Hollow Storm Tai, etc.

It is straight up mind blowing to me to see the faces of Marcus and Baird from Judgment in 4K brought back to their original true form from how they looked in the Xbox 360 days because I really didn’t like UE’s Classic Delta Squad’s look when it got ported over to the newer Unreal Engine in Gears 4/5,

The darker tones of color on their armor were awesome for the aesthetic in UE but I’ve never been a fan of how Classic Marcus, Dom, Baird and Minh Young Kim’s faces have changed since TC took over.

Classic Delta definitely doesn’t seem to fit in as well in Gears 4/5 because of the extremely bright color palette.
Just think of how good Anthony Carmine’s armor looked in that cutscene flying in that King Raven

I dont like Doms new look as much, Marcus, Cole and Baird look great though. Kim looks better in 4 tbh, I wasnt crazy about his UE look.