TC should be embarrassed

It’s actually embarrassing how bad this game is. Gears one released in 2006 and it seriously seems like it should be the other way round.

I joined gears 1 late, played gears 2,3,4 UE religiously. Been my favourite game forever. Gears 5 I jump on occasionally, once every couple of months to see if anything improved and it’s just awful.

I’m not even naming everything because there’s to much. How this is a game developed in 2019 I have no idea, and even now 2 years later it’s still shocking

At this point I’m not even bothered about a gears 6 because if this is anything to go off then it will just be another flop. I’d be happy with a gears 2 or 3 remake and for them to call it a day. As much as I hate to say that as gears has and always will be my favourite game

Like there’s one of these threads almost every day complaining about TC.

Game is definitely not in the best condition, I believe we all can agree on that. I’m just confused as to why people keep comparing Gears 1, 2, and 3 to 4 and 5. Coalition isn’t responsible for GoW1, 2 and 3 that was Epic Games.

By no means am I saying this justifies the issues with Gears 5 but it definitely makes sense lol…You aren’t going to have the same experience you had years and years ago, that’s just unrealistic thinking.

TC can do better they just have to do it. We really need to stop holding them to this nostalgic standard though in hopes we’re getting the same game we’ve had before. Would it be nice? to some aspect yeah but…I don’t know, I believe in live and let go.

the shotgun is worse then TU6 shotgun off gears 2

This is literally the most consistent the shotgun ever was. There isn’t an example where the shotgun is better than Tu6.

Doesn’t that tell you something then if there’s one almost every day? I’ve held out for 2 years and just hoped the game got better. And still nothing

That’s what happens when a company releases their game in a super broken state with laundry lists of issues and community backlash. Gears 5 will more than likely never see its full potential because of TC having to spend four operations fixing and overhauling the game. At this point it’s just on maintenance mode with the team probably working on Gears 6.

And oh, them deciding to completely change the weapon balance and team sizes a year and a half after release to much fan pushback =/

Wouldn’t it be departure technically?

This Gnasher isn’t as bad as the Gears 2 Gnasher but it’s definitely the worst Gnasher in Gears 5 to date. Absolutely terrible right now.

Yes actually, thanks for the correction fr

The Gow2 Gnasher, specifically Tu6, is the most consistent version of the Gnasher ever. With regards to Gow5, I don’t know how you can claim this version is the least consistent because this is a version which was patched to specifically be more consistent, and the patch worked so well like 70% of the forums think the gib range increased.

Everyone I’ve spoken too dislikes this Gnasher due to it’s inconsistencies. This includes one of the top players out there @TSU_Silent.

Just because it appears to have a range increase doesn’t mean it’s more consistent. It’s definitely the worst one yet from my experience. Now, whether that’s a decline is a steady network environment or the Gnasher I’m not sure. But something is definitely wrong and it’s been worse since the change,

I’m not saying it isn’t inconsistent, I’m saying it’s at least more consistent than prior to them implementing the patch that made people believe the range increased.

I’d still say the February 11th, 2020 Gnasher that lasted a week was by far the best in the game so far. The poke range was perfect and the shots registered the most consistently for me of any Gnasher to date.

Too bad they changed it a week later to add even more poke damage.

It needs even more poke damage than it has now. Everyone playing for chunks/holding their shots is horrible gameplay, and probably part of the reason why the general consensus is that the shotgun is so inconsistent to begin with. Point blank fights have always been the least consistent aspect of the game, and now everyone is in point blank fights all the time.

Look at the “fight” at 30 seconds — that’s the quintessential GoW4/5 kill. It’s actually pathetic how often this happens to everyone. And all anyone can tell you here is ‘g0tTa hoLLLLLd uR sH0ttt’ because that’s genuinely all can do in this gameplay. 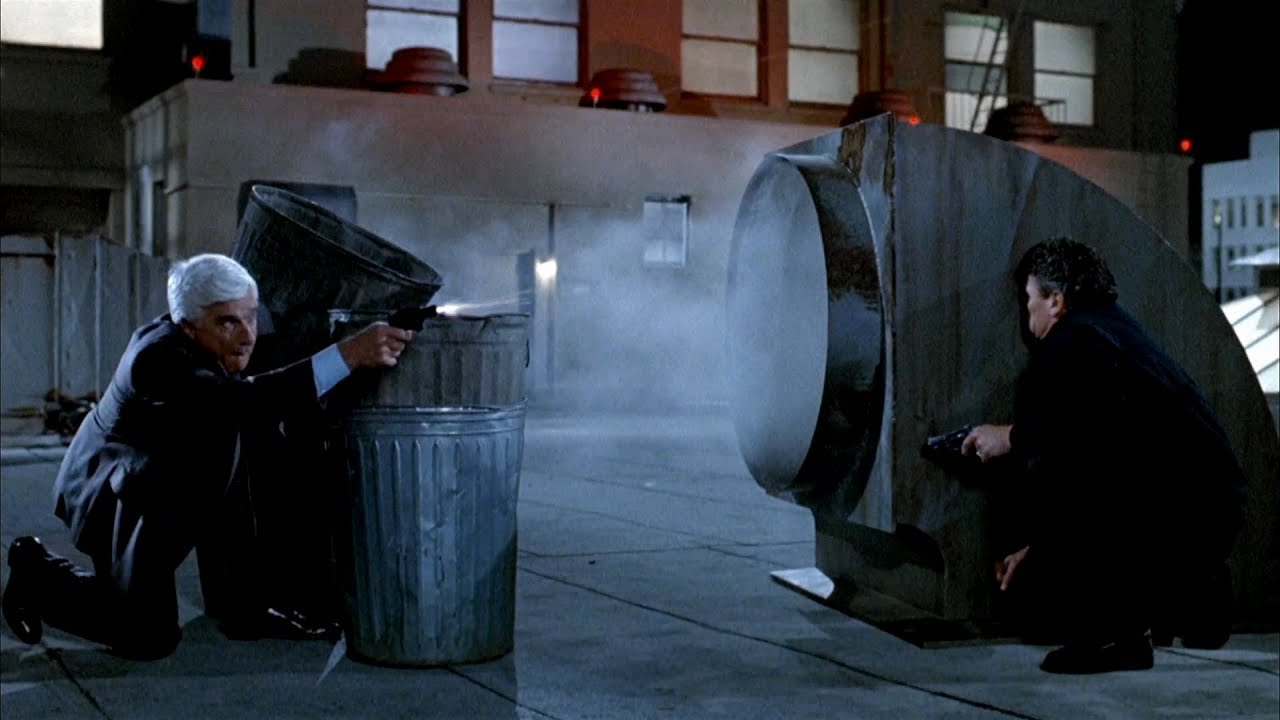 Such great points brought up, oh wait u couldn’t list them shut up bro

Didn’t read any of the posts … just saw the title.
Yes - they should…

I think sometimes it’s best to go back to basics. They need to remember what made gears a success in the first place and drew people in,

And for people saying about gears 2 TU6 shotgun I don’t know a single person who enjoyed that. What was wrong with TU5s? TU6 was shotgun turned sniper, and it only worked half the time up close.

The gears 5 shotgun is worse, as you get gibbed when someone isn’t even looking at you, just have to get to a reasonable distance and hold fire, and your almost guaranteed to get a gib at some point, weather your looking at the person or not.

When you watch videos of older gears the games just look so much cleaner, they where so much more fun to play. I just wish they would incorporate some of that stuff in the game. I think gears 5 is a write off now so I really hope the next one is good.

You say this with rose tinted glasses, its like you forgot host bridging in Gears 2 completely. Imagine starting up a game in Gears 5 and the game won’t let you shoot your gun, you just run around in circles for a while trying to avoid incoming fire because their host is the only one that can actually play.

they didn’t charge you $20 for them though, huge difference.

You can go back and enjoy Gears 3 now, just yesterday I was playing with people on these very forums. So the value of a Gears 3 remake in my humble opinion is kind of worthless, only real issue with playing Gears 3 is the input delay. At least a Gears 2 remake would make some sense as that game looks far more dated and honestly TC probably could make it superior for Versus (for the reasons you mentioned like Gnasher tuning)

Edit: you also can’t forgot how many hidden gems (maps wise) that Gears 2 had, whereas with Gears 3 people appreciate the game a lot more.