TC, in regards to your PC, and Xbox players

Next build is going to be extreme.

When Intel get their stuff together.

Which isn’t probably for another year

Next Gen RTX in June

whenever you start it up , kindly let me know man so I can request pictures , looking forward to see your next rig my friend

without a doubt its going to be a monster.

I’m going to buy the Xbox Series X hahahahaha, I really like the new model.

Going to get a Series X and PS5 too.

Funny you use the new age doppy doppy pic, and that term LUL screams lazy new age dumb dumb squad… You idiots just need to give it up, it’s in your nature.

The Azure servers work as intended, its the game that its not well constructed to work with such technology quite possible.

Never said anything about the Azure servers.

No I was not referring to you , I know you didn’t said anything about that, the comment was to Mark .

since he mentioned the Azure Servers.

Funny you use the new age doppy doppy pic, and that term LUL screams lazy new age dumb dumb squad… You idiots just need to give it up, it’s in your nature.

if the Matchmaking/Ranked system is doing it’s job then any advantage a PC player has will be negated. they’ll play against a higher tier of skilled console players and it all evens out.

the only way the breaks down is at the very top of the ranked list but we’re talking about 1% of the player population.

Can’t sneak your shtick past me. 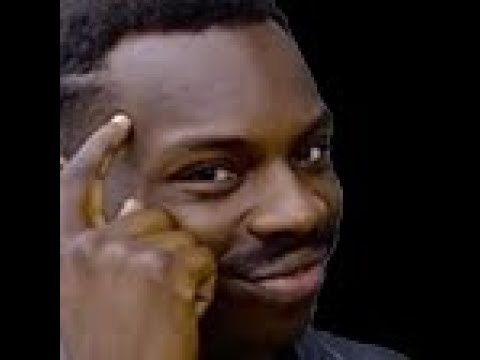 You guys are using 6 fans? I only have the one ever since my gpu fan broke. Its okay though, i just slapped some sunglasses on it. Looking cool, gpu!

The way I put this together, all those fans were necessary.

Who the hell put my Phish CD’s in the tank??

I am ashamed that I know who Phish is, given my age…

I had a science teacher who loved Megadeth and jam bands. Given my age I should hardly know Nirvana or Tupac, let alone Phish

Bronze to Onyx 2. You will not see any improvement going 60hz to 144hz. Sorry but you are a dirty casual being on this ranks

Starting on Onyx 3 to master your killing ratio will go up like crazy going to 144hz or 240hz. Only people already play way to much gears are the ones can tell you the difference.

Myself im a Dirty “Casual” barely making onyx 2 so even if i play a 144hz i dont see any difference sadly. My Kill ratio is about 10% higher on pc than on xbox but i need play on XBOX to avoid being blocked for being on pc

No one is moving faster than anyone else. But, you might want to see what your frame times are. Having a consistent frame timing from your gpu and monitor is critical to everything looking correct and at the right speed. This is probably the most common thing people overlook and the way GPUs are set to run, you don’t get consistent timing if you’re not capping.