TC, can you please reduce the gib distance with gnasher?

I have seen too many times to count where I have killed, or been killed from insanely long distances. I’m talking 10-12 feet. If this was toned down it would be fair, and would come down to skill movement to get the close gib. This is my biggest frustration right now.
Thanks

That’s what happens when people don’t understand the gnasher like in Gears 4.

They noob-proofed it for a reason lol.

Still people complain about not getting chunks in this game. Can you believe that!?

I’m getting a bit spammy at this point but if you look at this video you’ll know what I’m talking about. The joke was and is on them lol.

As seen here, none of these were supposed to be kills. It is lack of understanding. All the shots in the video can be replicated in a private match and will NEVER be kills. 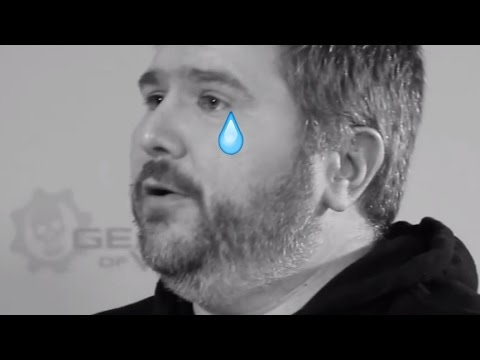 So now the gnasher comes with training wheels.

No thanks, I don’t ever want to experience the weak ■■■ comp gnasher again.

The multiplayer design director, Mr. Ryan Cleven, got memed so hard so this will not happen. Maybe it will be increased because people complain about not getting chunks from 24,860 miles away.

If the gnasher killed at 100 feet people would complain about it not killing at 101 feet. It never ends.

r/GearsOfWar - The Gnasher is getting tuned to it's correct values.

For damage only or for what else? Does that play a role for the aim assist and magnetism? Some say it does but I kinda doubt it. I mean, if it plays a role it still doesn’t mean that it is the only problem for those things.

Update: Okay, what in the world is this about!? Unbelievable. I hope it does change the game a lot and for the better. Still, the aim assist and magnetism should be toned down but this does appear to be why the magnetism is exaggerated.

I will admit I didn’t play 4 multiplayer much, but that video shows me that TC needs to find the right balance

I don’t think it affects magnetism or auto assist, just damage and range. Hopefully it means we won’t get nailed from ten feet away or three feet to the left anymore. Theoretically.

Also, on Twitter it sounds like it’s already been updated and they’ll just mention it in the what’s up.

Some were saying that it does affect the magnetism but im personally skeptical about that. the idea behind that is that it would be more generous in a pve environment that in a pvp one, but i dont really know and even less with TC’s communication about issues.

Damage and range is what i also think and that would be at least a good start in making this game playable.

Yeah, really shouldn’t have to dig through reddit or twitter or wait a week to find out about these things. And they’re not very clear when they do cough up details.