So I’m levelling up the Tactician class, and am wondering how it works. I see people in lobbies have a semi automatic boomshot, i thought this was perking up explosive reload but just played a game and got it to lvl 10 but that didn’t do it.

Also, does killing your own marked target reduce your own cooldown?

what i want, is the fully auto boomshot, how i get this?

Resupply speed loader card but its really only useful at level 6. Durning resupply you get automatic active rounds and don’t have to reload.

Have a look at these older guides by @Hu1k_Daddy . Some of the info is a bit out-dated, but alot of it is still up-to-date. Also read beyond the initial guide. Alot of the extra stuff comes from the chatter within the thread between other people.

Hey Gears, So I’ve been playing a lot of the new operation and just wanted to put down some tips for each class and a quick build for the potential new meta. So lets get started. Assault Classes Blade Master- Brawler, Shock Shield, Shock Chain, Thrill of the Hunt, Blade Dancer - Class is so good, but you have to be on your toes on Master runs and not go out to far. Demolitions- Officer’s Prerogative, Gambit, Grenade Satchel, Custom Boomshot, Razer Hail - The Ultimate cooldown for this c…

Hello Gears, As requested the long awaited Keegan guide is here. Keegan is a unique character in Horde in which he can have multiple builds and differnt card setup’s in those builds. So this is going to be a long one and I hope you are ready for some reading. Without further delay, lets get started. [Keegan] Keegan is much improved with operation 4. While having all his personal perks reworked and giving him that true Onyx guard feel of being quite powerful. Keegan is also unique in that he…

A few bullet-points from me though:

Also, does killing your own marked target reduce your own cooldown?

In relation to marking enemies and ultimate cooldown, yes. The Tactician has a passive skill which gives you a small 5 second deduction - so any kill by anyone (you or team mates) where a Tactician has marked the enemy, will get the deduction. The same applies to Recharge Bounty which is a separate skill card. This stacks on top of the usual passive. Note that you can “overmark” an enemy which your team mate has already marked, but a visual error means that the enemy won’t have your mark symbol over its head, but the ultimate cooldown deduction still applies.

couldnt have asked for a more detailed response, thanks for that. Quick too, nice one. whole reason im levelling the class is because of the hammerburst and boomshot combo. that 100% + hammerburst 60% sounds sweet to me. throw in an automatic boomshot with bleed and youve got a solid class.

The guide that @Bleeding_Pepper referenced to is solid but slightly outdated. Resupply Speed Loader is not a requirement to spam explosives, you can easily spam the Lancer GL during the Ultimate without the card because the Lancer GL doesn’t require you to reload the grenades.

What I personally feel like is probably the strongest setup you can go for is what I posted in this video here: 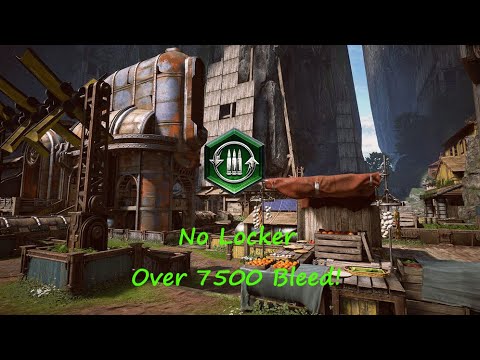 Maxed cards while nice, are not a requirement at all with this build and you’ll support your team alongside it. You start out strong immediately because Disciplined buffs the Hammerburst as well, perfect for the early few waves. Once you saved up a bit of power, focus on upgrading the explosive resupply perk and get a Lancer GL around wave 9ish.
Disciplined is the craziest card that exists because it’s massively broken. While it says that you deal +6% ballistic damage with every hit up to 100% total, it actually means +60% up to 200% (and you already start out with an additional +60% damage on all ballistic weapons without even hitting a target).

The Lancer GL is a ballistic weapon, therefore you can massively buff the damage of it. It applies to bleeding as well, since it’s based on your base damage of the weapon you’re currently holding. Meaning you can release a shot of your Boomshot, swap to the Lancer GL to apply the Disciplined effect to the bleeding damage initially caused by the Boomshot. One bleed-tick can go over 7500 damage that way (it’s explained in the video).

There’s also a fun alternative you can do (once again with Disciplined). You can transform your Tactician into a Sniper. The Speed Loader card is a requirement in that case though. Here’s a showcase of how that looks like: 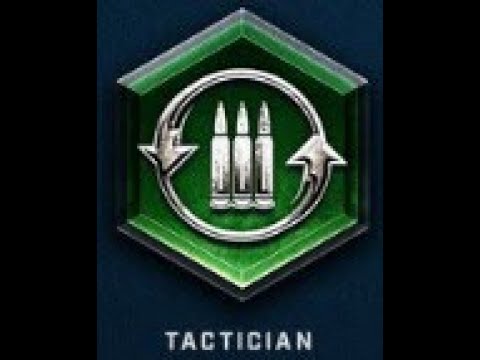 I use your same build but swap duration for Healing Module. I find you don’t really need that extra 6 seconds in Horde.

Yes, you’re a GL spammer with this build. Precision classes will hate you.

I also don’t like the 3-shot bursts of the Hammerburst. Makes it very easy to lose your disciplined stacks.

That’s a fair point actually. Eventually the Ultimate returns so quickly that it’s impossible to run out of explosives.

Yes, you’re a GL spammer with this build. Precision classes will hate you.

I mean that’s just temporary in Horde, until you can afford a Lancer GL.

Recharge bounty i dont even think is necessary for tact because i feel each class ultimate already recharges pretty quick with perks that’s why i never have it equipped. I have resupply speed loader, resupply healing module, shredder, respply amplifier and i might try disclipned or put resupply duration but outside of those 6 cards not a fan of tacts other cards for horde.

I mainly use Recharge Bounty for starting waves so I can use the Ultimate more often. Keep in mind that other classes can benefit from this as well (Recharge Bounty and me using the Ultimate more often).
I just don’t find Resupply Speed Loader worth it enough if you have Disciplined on. The Lancer GL does way more damage and swapping from the Boomshot to the Lancer GL with the Disciplined effect is more than enough damage.

Yeah I personally don’t bother with Speed Loader for a standard explosives build myself and find it to be a bit overrated.

For a standard explosives build I typically choose:

Alternatively I stick on Interrogation if I’m supporting a Demolitions. I’d take off Duration seeing as I won’t be focused on direct assault or supporting team mates in the base with ammo, and am trying to grab meatshields.

For a sniper build:

You can transform your Tactician

Sniper Tactician is especially nice if you can pair up with Vet.
Had a fun game on Gridlock with a friend who was Vet. Both of us had longshots… it was a fun game indeed.