Swarm Characters/Skins that could Benefit the Swarm Roster

Now we all know the Swarm roster is pretty Lackluster in comparison to the Cog roster and if I’m being honest, I’d say that’s it’s partially due to the removal of the DeeBee’s. Now i have a few Character/Skin idea’s that MIGHT help but they definitely won’t Dethrone the Cog like the good old Gears 2 Days but hey, it’s something!

Locust Sniper:Legit a Locust Drone with goggles. How he isn’t already in the game as a skin for the Drone? The world may never know. Possible due to his popularity. I personally think he deserves his own slot and they could introduce more variations of him like the Thrashball Locust Sniper from Gears 4 but it isn’t up to me.

Locust Disciple:Now i have 0 doubt in my mind that we’ll be getting some tactics characters in the future but this guy HAS to have his own slot. He’s many more times different than a standard Drone. He’s basically the Locusts Bane and that’s a pure fact! I’d be hella disappointed if he didn’t get his own slot.
Ukkon:I have a feeling that along with the disciple, he’ll be around too soon! If they want to hype up Tactics they’ll most likely release him.

Locust Rager:I’ve ALWAYS wanted this character in multiplayer and now’s the best time to do so! Just give him the rager ability in arcade and ship him over to MP and we’re good to go!
General Karn:We’ve wanted this guy since Gears 4. He’d bring so much hype to the game ALONE!

Epic Reaper(W/ no special abilities and it’s own stand alone skin)
Classic Elite Swarm Drone
Savage Swarm Sniper
Savage Swarm Grenadier
Note:Now this has nothing to do with the thread, just a suggestion but coalition in your next game try going down the path where the swarm combines it’s DNA with the corrupted DeeBee’s and it creates a more monstrous version of drones, snipers, imagos, grenadiers, hunters and even Scion’s. These could be dope characters for Gears 6!

damn near identical to the Drone 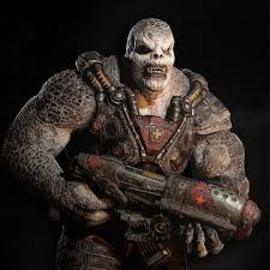 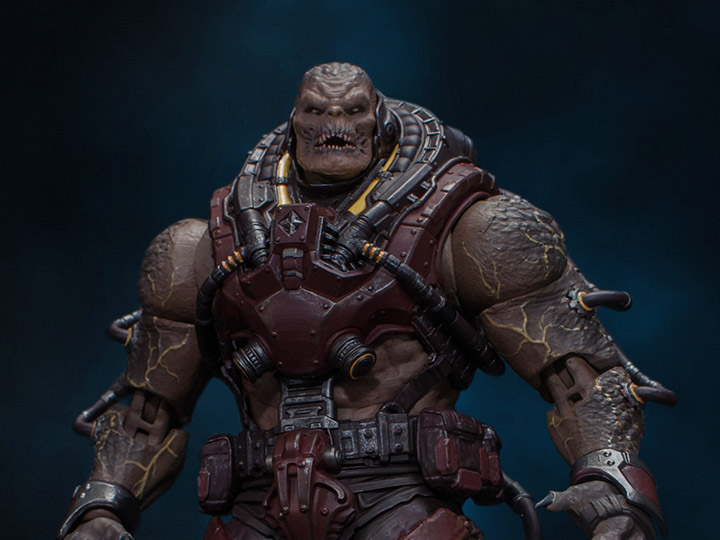 DNA with the corrupted DeeBee’s and it creates a more monstrous version of drones, snipers, imagos, grenadiers

Combining genetic DNA with robotics doesn’t make much sense. And the Elite Swarm already have this to an extent.

Whoops guess I didn’t take that good of a look at him. He looks beastly as all hell though and I just meant making the swarm part robotic kinda like the Stump and the Rejects.

Off topic, but I really love the addition of Queen Myrrah. The voice work for her is awesome. And can we please get a really cool Keegan skin?

Why oh why isn’t this a skin already!? Every single classic swarm skin from gears 4 should have shipped with gears 5 imo

Wish he shared some of the Guard’s voice lines, “Your mom’s a classy lady!”

Yeah that would be awesome, I’m still annoyed that the new onyx guard skin doesn’t have his own voice lines, the cog gears can get hella annoying real quickly

Legit a Locust Drone with goggles. How he isn’t already in the game as a skin for the Drone? The world may never know

I’d say that’s it’s partially due to the removal of the DeeBee’s.

Honestly, they could modify the Reject models so their head isn’t all slumped over & add that as a Swarm character. Though, I dunno if that’d be way too close to the COG Deebees for people to tell apart in MP.

There’s a few things that help separate the two, but I dunno if it’s enough. There’s obviously the red eyes & red sleeves. Then there’s the tendrils and all that. You could also add the glitchy, deeper voice.

You could also add the Stump as a skin. Obviously that would have to be HEAVILY modified lol. But, I’d just make it a red DR-1 with a bunch of Swarmy tendrils all over it & call it a Stump.

Ukkon :I have a feeling that along with the disciple, he’ll be around too soon! If they want to hype up Tactics they’ll most likely release him.

And if they add Ukkon, they should go ahead & add the elder Kantus as well to complete the comic character collection, so to speak lol (even though Sraak technically isn’t in Gears 5 yet). Ima be honest, I forgot his name lmao. But, he’s got a cool look.

Edit: Found it. His name is Vrol.

I even play as a Sire

Yes we need more skins for the swarm side, tbh I love the Savage swam skins on Operation 3 so please give a Savage skin to the swarm grenadier and the swarm sniper.

Since the Cog side getting millions of skins like HiveBuster Marcus, Baird and Cole they could also just be creative and add unique skins for Raam and Queen Myraah (Yes Raam has gilded Raam but that’s just a recolor).

At least the Swarm Elite Drone, Swarm Grenadier and the Swarm hunger since their originals skins were very different,

The Swarm sniper I haven’t played Gears 4 since 5 released but I’m almost sure the epic skin you unlocked on the first Tour of duty is the same skin as Gears 4.

Yeah your right about that sniper skin

That’s the original swarm drone elite, this guy looked a lot similar to a locust, so he was a favourite among many

I know who he is. Just saying that if they brought him back, it’ll be a Swarm Drone skin.