Stuck at "Loading Map", freezing console and many more

Im facing so many issues with this game now on my xbox one s. everything started with the operation 7 drop 2 update.
update was downloading at about 100+kbps for few minutes, stop for few minutes, again downloading super slow for few minutes, so on. during this the console was super slow to respond. for example, settings app takes ages to open or wont open at all. so i decided to pause the update and try some troubleshoot steps. it even took about 3-4 minutes to pause update. checked internet connection within console settings and the download speed was about 90mbps. so i power cycled the console and resumed the update. again both console and update download slow like before. so i canceled the update to start it again as one of the troubleshooting steps. it took more than 5 minutes to cancel the update but it also deleted the whole game with it. so i had to download the whole game again.
now most of the time in PVE the game stays in “Loading map” or “Intermission in progress” forever. during this if i go to console home and press ≡ button to try quit the game then the console freeze so i have to force shutdown. sometimes after about 5 minutes it loads into a match and then console unfreeze and respond properly but i can only spectate the match. cant play because i never spawn. i have to try 3-4 times to load into a match without any issues. even when i do, there are other issues. the medal image in in-game medal notification is blank. if i get the same medal again then the notification shows with images after 2nd or 3rd notification for that medal. when i leave a match and go to main menu, sometimes the game keep loading forever in that blue omen loading screen and again the console freeze if i go home and press ≡.
in escape, sometimes audio plays few seconds after the animations. sometimes the game freeze for about 2-3 seconds mid game and unfreeze.
so i factory reset the console keeping all the games but no difference.
i only have two other games and not facing any issues in those. i had more games but few months ago 3 games including gears 5 suddenly started to crash to home after few seconds in initial loading screen. so i deleted those 3 games and only download gears 5. since then gears 5 worked smoothly until this update.
anyone else having any of these issues or is my console dying?

How old is you console bud?
Also, have you cleaned all the dust out?
Heat is a big killer of computer hardware, Xbox console normally slow down when they are overheated so this could be your problem.
Search “how to clean an xbox one s” on bing and there are a few handy hints. I have to clean one of my xbox one X’s regularly otherwise it goes to crap pretty quick.

almost 5 years. i did clean the console last year and that was the first time i cleaned it. i always shutdown and unplug the console after playing. so there is no time to overheat when i start playing. i think there is a barely noticeable but unusual sound and feels like its the HDD click of death. maybe its just a normal sound and always been there but im just paranoid. not sure

Things to try, I’m not an expert on it but just a computer enthusiast.
When it’s under full load, put your hand behind the exhaust vent and see how much airflow there is. No or restricted airflow > possible fan malfunction or blockage. Try view the fan under load to see if it spins.
If you can get a program that does a ton of read/write access, such as a new AAA title that has high ram/system requirements, start loading something, (have the sound turned off ) and listen to the hardware. Faster ticking would indicate the fan speeding up or the hard drive read/write head movement increasing. That should narrow it down from there.
If you feel adventurous and know how to not electrocute yourself or electrostatic zap the hardware, run the device with cowl off and lightly touch the hard drive to feel if the device has a periodic vibration/knock that corresponds to the sound.
Alternatively, not knowing your budget, going from free to a few bucks, you could try software fixes (reset or reinstall the OS) or replacing the fan (less expensive) to replacing the HDD (more expensive). 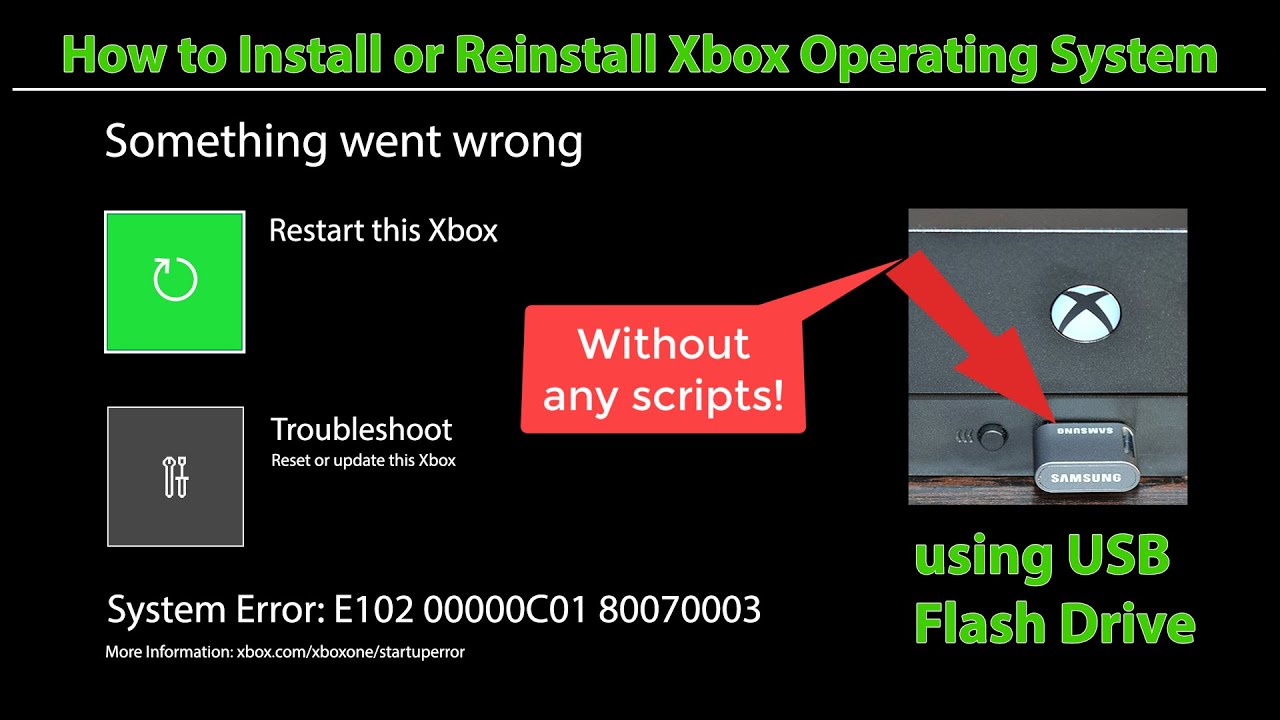 thanks a lot for the very descriptive reply.
i have xbox one s, there is that huge vent so i can see, hear and feel the fan is spinning properly. i can open the console and have a closer look. i did clean it by my self last time.
according to this videos i can just install a new HDD and install OS on it? no need to send for repair? will i get banned from xbox live if i use the console with a non-original HDD?

will i get banned from xbox live if i use the console with a non-original HDD?

Holy crapola, I didn’t even know that you could get banned if you open the device.
I guess that’s why I do PC’s… I build/overhaul/repair my own.
My suggestion then, try a lot of compressed air…
Have you tried loading another high resource using game?
Try 2 things. GOW4 which runs the same engine as GOW5. See how it works, try repeat the faults (the temporary freezing/stuttering/partial loads/system freeze).
If repeats the faults with GOW4 exactly, you know it is a hardware/software fault or limitation, if it doesn’t and it’s fine, it’s GOW5… and the only thing I can think of is resetting your settings to minimum (lowest resolution/frame rates) in Xbox settings along with any other settings that may limit system usage. That and hope someone else with more Xbox knowledge than me steps in. <edit, I just fixed a stutter issue with my wife’s Xbox One Series X by limiting the resolution and frame rates in settings, turn off 4K option and HDR settings>
Also, try download/play something from this list, probably Fortnite (I know, cringe, it uses Unreal Engine 4).

I hope some of that helps, let me know if it does (or doesn’t).

Thanks for the info for the thing about the ban, I didn’t even know it was a thing. I quickly checked a few pages.
article vii. > specifically
“Use unauthorised hardware or accessories”
So I’d not open it or change anything unless it was officially sanctified MS products and services, in which case it would probably be cheaper to buy a Xbox Series S than replace the hard drive, especially if you have a lot of digital games and purchases…
https://www.xbox.com/en-AU/legal/community-standards

I actually dont know if replacing HDD falls under the banning reasons but i have seen it somewhere and cant remember if it was about all xbox console versions or some. i have lots of digital content and years of hard work so cant risk a ban. have to dig deep into HDD replacing guides and see.
regarding trying other games, i had GOW4 but unfortunately i uninstalled it few days ago coz im not playing it anymore. the thing is that i have a 100GB limited internet connection. already wasted about 60GB trying to update and download gears 5 so have to wait till next month to try anything related to using lots of data.
thank you so much for your time. really appreciate that.
hope i will find a solution soon

Edit:
i contacted xbox support and they said they wont ban the console or the account for repairing it by my self but their repair centers will not accept the console for any repairs in the future.