Thank you Ryan. This bug really does make Horde unplayable for me and my wife. Thank you for acknowledging this and keep up the good work.

Just to recap what happens. Usually after reloading (mostly active reloads) a weapon, I am not be able to shoot the weapon, I cannot melee either and I need to reload again, sometimes more than once for the weapon to work again.

When this bug occurs the weapon and bullet icons in the top right corner of the screen start constantly flashing as shown in the video. I believe this bug mainly occurs in splitscreen Horde as far I’ve experienced.

This has made us quit playing a Horde match several times in fustration. Thanks.

Out of curiosity; a lot of your replies have indicated that certain questions will be put to other members of TC, (Octus/Dana i.e). How do the people who asked those questions find out responses from them?

Well that data is not telling you the truth.

Play the game yourself as a solo player or two stack in public ranked match making (tdm in my case) and you’ll see how unbalanced it is for yourself.

The data is completely false when you have people going 2-12 etc on one team. This happens in almost every game. Often times with at least 2 players having a terrible k/d ratio and throwing away the game due to feeding the enemy team kills.

That should not happen on the regular in games that have a 40% chance of winning.

Well that data is not telling you the truth.

Play the game yourself as a solo player or two stack in public ranked match making (tdm in my case) and you’ll see how unbalanced it is for yourself.

The data is completely false when you have people going 2-12 etc on one team. This happens in almost every game.
That should not happen on the regular in games that have a 40% chance of winning.

It may come down to how their system defines what “fairness” actually is.

I wish you guys would stop downplaying issues so excessively.

90% of my games have a guy going 2 kills 12 deaths. Or the equivalent ratio. 90%. I’m far from alone in experiencing this either.

That isn’t a “very small amount”. You guys do this all the time for every issue and it’s frankly infuriating.

Like when the servers stop showing match results for everyone, and it’s always “we have resolved the issue where a small amount of players were not getting their results at the end of the match”.

Just don’t specify the amount or have the decency not to downplay every single thing to make yourselves look better. Please.

That’s my point. The systems definition of “fair” is wrong 90% of the time.

i been playing with usa players, i dont care about the 180ping just let me find matches alone from Australia please
this is for ranked

@N0DEZER0
So about caps and capping the ring in KOTH. The points have been lowered because of cap abuses. For example when someone triple caps. Cap the ring, then let it be broken and cap it again. I do understand why the points had to be lowered.

However, there are other ways to approach this. Because it’s the main objective to hold a ring for a certain amount of time. How about changing the cap to time.
So if I get the 30 points + x amount of time it stays capped. Also, the players will be able to see how much time each player has contributed to the total time of the cap. So instead of having 30 caps, the players, will see how much of actual cap time they contributed with.

Also if there’s more than one player capping they will receive that time.

Another thing with capping. If one player almost caps the whole ring but gets sniped and a teammate runs in to cap the last part. I do think the one that died should get the cap to assist point. " splitting up the cap duration to points" maybe in 4 sections and 30 for a full cap.

This is great news. Looking forward to these changes.

@N0DEZER0, can you expand on this, please? Why exactly does global text chat not work? Given your responses on Twitter on the subject, I assumed that it was intentinally disabled

@N0DEZER0 I saw the Dev Stream and excited to hear about the movement.

Can you please watch this clip and let me know if this will be possible with the new movement? Look how fluid it looked in 4.

Edit: it is a short clip about 30 sec

r/GearsOfWar - Is this still a quin?

Why aren’t expressions bindable on PC? Having to click and hold the middle mouse wheel down and then click a weapon key is really awkward.

Could they please be made bindable?

Doing an escape mode in Master difficulty become quickly frustrating and don’t give you want to try hard it as the loading times are always very, very long. And this is just an example on how the loading times can taint your Gears 5 experience…

So my question is : is it an issue already considered to be improved ? Because I can’t be the only one bothered by it, right ?

Thanks for the feedback Ryan, I do get your point however in my humble opinion this is a shooting game in which its supposed to behave as one , not a survival game like Resident Evil which you have to scavenge ammo everywhere in order to kill the monsters.

I do understand the logic of the weapon lockers and engineers building them, however I really think the ammo scarcity its way off, for example the boomshot used to have 6 shots capacity and now its 3, the fun part of the game its to have a lot of ammo to shoot , that why its called gears of war as the name implies, I dont really understand why the scarcity was implemented or either the shortage of ammo capacity on the guns like boomshot, gnasher or the lancer itselft

There used to be a way Ryan on Gears 4 that by using the ammo skill cards you could increase the ammo capacity for the lancer to almost 1120 bullets !!, that was pretty awesome, the guy who implemented that did really know that the fun was on that tiny elements who makes it almost a new game to play.

I really think Ryan these kind of things should be considered, I mean if it was a Resident EVil game I would get your point and I wouldnt dare to look into it… the game its supposed to behave like that… but if its a Gears of War game ammo shouldn’t be scarce in any way at all.

Kindly let me know your thougts. = )

I’m not sure if you’re familiar with this term but me and a friend of mine have problem with Clenching, physically gripping the controller tighter when playing in critical situations. This will happen to us in Call of Duty often and at times in Gears 5. In fact Halo had a feature called “Clench Protection” 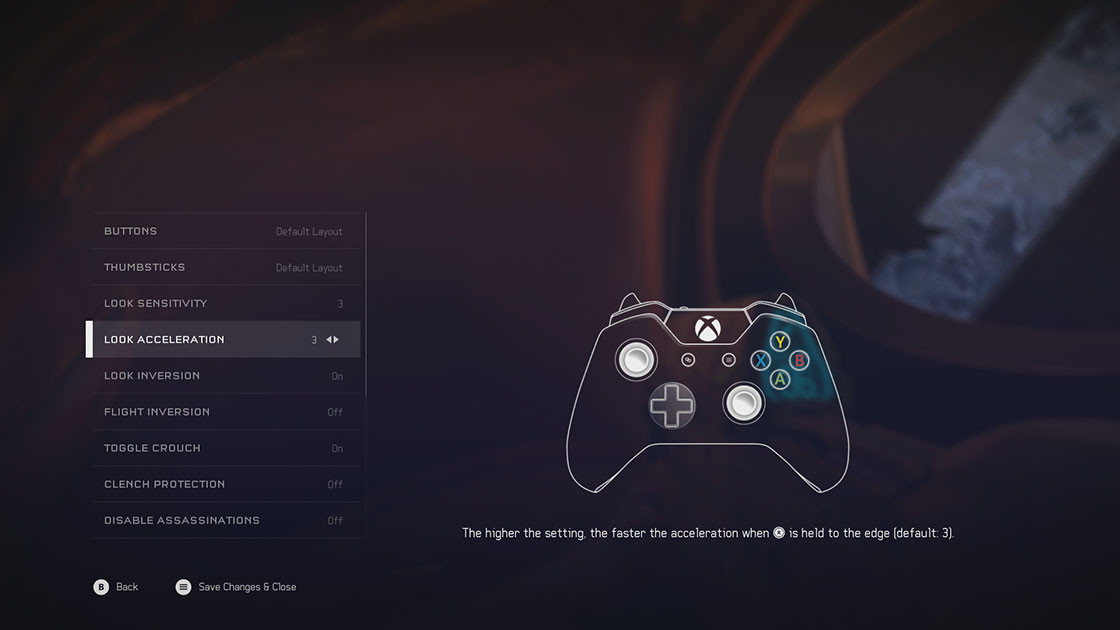 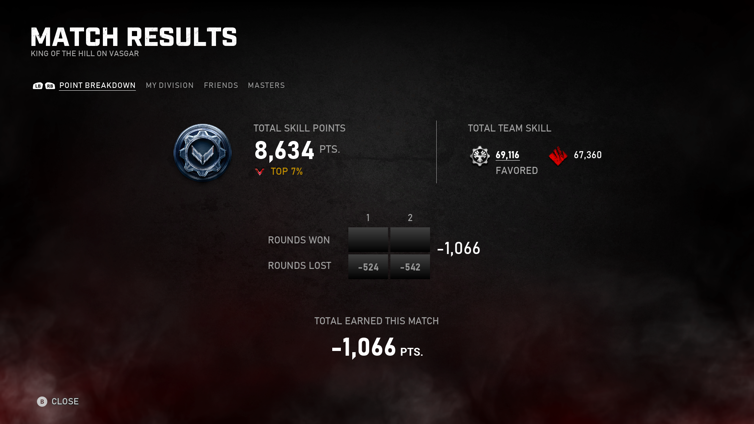 I was 9% and 7000* points but gained points. The progress screen match report showed I lost points even though I gained. Not sure if it’s worth looking into as to frequency but it happened.

Though I’d post this here, since its been one of the high topics of this thread. It’s about the ranking system.

Also, I’m not an Arcade mode player, really, but the same thing happens with the LS in that mode, as it will pull up your weapon upgrade menu.

Just to confirm, we have a fix in the works for the Skiff getting stuck bug. Our team have been trying to reproduce it and we hope to have a resolution in a future update. Thanks so much for your patience while we work on these issues.