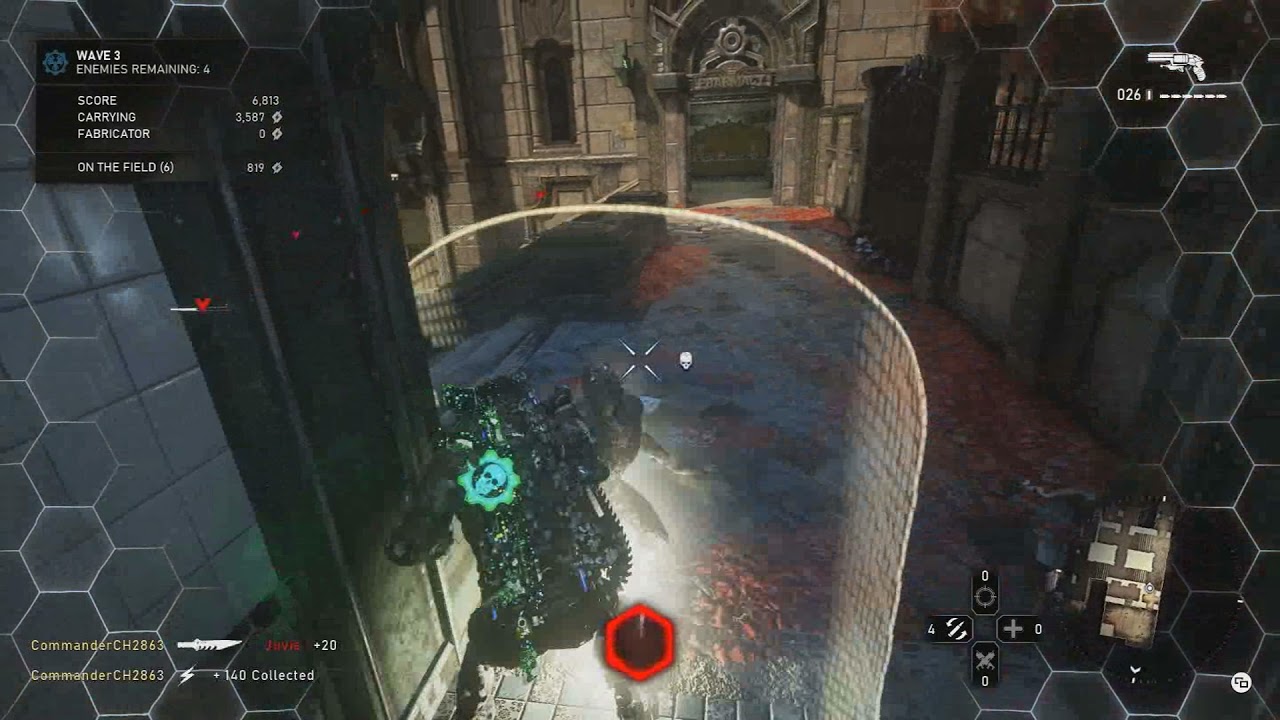 Basically most of my thoughts are in the first 10mins of the video of how I approached this run.

Let’s not kid ourselves, this is up there with the best achievements in the game! The focus and concentration alone it must have taken to accomplish this - incredible!

Appreciate the insight and tips at the start too, very helpful to explain the strategy for this run and approaches for different kinds of enemies!

Yea it was certainly more difficult compared to my Veteran (Marcus) run back in like OP 4 or when it was. This time I didn’t have absurd damage resistance or aim-bot with me and there are a lot more trickier enemies around.

How possible is this with any other classes you think?

But on a serious note, Anchor is a tough mofo. Lately I’ve seen more people playing as it, and am not getting kicked from lobbies as Anchor. I think the community are coming round to recognising that now.

There’s potential ways with other classes but it may be trickier or even more time-consuming.

I attempted Gunner before with the explosive build but since it relies on a locker, that didn’t really work out that well.

Possibly Pilot? Again relies on a locker eventually. Potentially Infiltrator still but is going to be vulnerable at waves 31+. Tactician maybe as well but is also insanely vulnerable.

everybody get ready for Anchor to be nerfed… TC have video evidence of it being OP now.

I got to 42,43 and 44 as Infiltrator on Asylum (Before the Enemy-Changes and AE) and also got to 40 today on Allfathers Arena as Pilot.

Edit：I have the Below Comment on Anchor Difficulty Level. This one is not considered as my Currently Thought.

No class is easy play if you’re clueless like a lot of people.

What made you come up with that nonsense? Hitting constant Headshot and time it right so the Enemys won’t bleed out to keep Bulletchain up ect. is what you consider easy?

Nice. I’ll watch your thoughts and the boss waves later on today.

It’s for the Highest DPS, but not necessarily on that Constantly Headshot.

All classes have what is called a “gameplay loop” a series of activities that you do constantly and repeatedly. The Anchor is reloading, aiming, shooting and to a lesser extent moving. It’s not exactly that much different from alot of other classes. The whole point of active/perfect reloads is that it gives you a buff, regardless of class.

So why don’t you elaborate in more detail why you think it’s “unskilled”?

It’s not Unskilled, but not people thinking that Difficult to play with.

This is my Opinion Only personal not considered for the General Base Player.

I have 4 Levels of Difficulty Playing in Class：Easy, Moderate, High, Very High

Moderate：General Skill Require, you know how to use that Class more stable to maintain the Potential of the Class

High：Highly Skill Require, you need to be Careful of your Class being dangerous while Alone or Stack of your Potential Damage (To explain more, it’s about the Necessity of the Class itself. Some Classes can Do Equal Damage to other Class without some Stack Cards) or Situational Awareness.

Very High：You may be in trouble once you Go too far. High situational Awareness is needed

@Bleeding_Pepper Anchor itself has low Ultimate Recharge Time, and the Ammo Regen Perk Lv 5~6 is enough for the whole wave of Horde. With the Barrier Boost & Harness Energy or Crazy Tough itself, they’re Definitely helping Anchor to Higher Survival. The Bleeding Boltok itself do very High Damage, and what you only need to Do is Perfect Active Reload & Shoot. You can have Ultimate Every Wave, so I can’t see the Point why Anchor is considered as High Skill Class.

At least, to me, it’s a Moderate Class, but not an Easy Class. I correct my upper Version.

Is it more Detailed enough？

Yes, what I give something in Detailed, people just “Too Long Don’t Read”, which makes me feel why I need to waste my Effort to explain more.

I’m not that Kind of Stupid & nonsense as well. Don’t imply me like that. I think people should have more Levels on separate the Skill. Like what I Previous said “Unskilled” & “Easy” “Skillful…maybe”, which is Too Board to say that people can Easy to Argue with that kind of Wording.

This still doesn’t explain why you consider the Anchor to be an easy-to-play class.

I’m not following with “very high”.

Yes, what I give something in Detailed, people just “Too Long Don’t Read”, which makes me feel why I need to waste my Effort to explain more.

If people are too lazy to read then that’s their loss. If people make statements then I personally expect some kind of explanation as to why, otherwise I disregard what they said.

I’m not that Kind of Stupid & nonsense as well. Don’t imply me like that.

I didn’t imply anything. I just expect an explanation rather than a simple statement that a certain class is easy or hard to play as.

Basicly agree with almost everyhing but then:

Okay you lost me there. you make it sound like all a Anchor player needs to do is active reload While totally ignoring the Fact you need Headshot Kills that you need to somewhat time right for real Damage on the Boltok.

I also feel like Infiltrator belongs in “Very High” Hows Combat Medic Hard to play? One of the Tankiest Classes in the Game, not that big of a Damage dealer (not his job at all) but still super easy to play nomatter what Build you use. (Lancer/LancerGl or Trishot)

I also take Things like how a Class performs while other Classes are playing in the same Match under consideration,

Let’s say a Anchor is Teamed up with a Marksman, that turns a “Easy or Moderate” Class into High pretty quickly if you wan’t to still be contributing and the Marksman is good with his Easy Class. Outdamaging/killing Demo’s as Anchor? I did that countless times, was it easy?

But if we’re only talking about Gameplay wise, yeah i agree Anchor is easy or moderate just like any other Class in this Game.

The Point i’m tryin to get is you can say that about every Class.

Blademaster; use your Breaker and Ult. punch things
Infiltrator; use your Shotgun and Ult. shoot things ect.

While it sounds easy in Theory it might or might not be that easy as it sounds.

There’s 4 Easy Classes IMO with little to almost no Effort needed to be a killer.