So what do we want from the Gears 6 campaign?

I see lots of talk among forum-goers about what they don’t like in the Gears 5, or even Gears 4, campaigns. About how they want to return to “the series’s roots”. (Cue the ‘dark and gritty’ crowd.)

But I’m replaying the Gears 5 campaign this week and it’s got me thinking:

What, specifically, are we actually expecting from Gears 6’s campaign? A lot of the people in charge at TC have left for other studios, so it’s likely that Gears 6 will differ creatively from the direction of TC’s past two games. So what do we want to tell TC we want in the next game?

All I would ask is that they stick with what works, I love all the gears games as I think they’ve kept all the great gameplay and story lines that work, the worst thing would be of the game took a completely different direction.

Don’t get me wrong small changes can be good. I liked the chapters in gears 5 where you have to travel around on the skiff finding different locations, that was a nice touch without taking anything decent away from the gears feel. So hopefully keep that in or expand on it.

Don’t kill the Carmine who isn’t Clayton. Or at least make it more than almost completely pointless as a “for the memes” inclusion when said meme is already long dead.

Leave Kait as the main unless it covers a section where it doesn’t make sense to stick to the same character as the main.

I think what Gears 6 needs is 3 things:

In all seriousness, I’ve enjoyed every single Gears game for what it was, so I just want TC to tone back the amount of absurd grinds.

I want likable main characters first and foremost. Whoever wrote hivebusters should be a writer for the 6 campaign. I also want more swarm attention, it’s been 2 games and I really dont feel all that intimated by them.

I know gears 4 was an intro for them but 5 didnt do them any justice, I hope 6 can do something with them.

If TC plans on doing more open world stuff, I really hope they evaluate what went wrong with 5s open world and read up on the hundreds of critiques it got. I myself am among the open world fan club and I want to see more of the world of gears, I think open world and gears can mesh well but not in the gears 5 direction.

Besides that, the main story itself isnt bad. Its decent, its just who stars in it is the bigger issue. I dont want TC to have to rely on nostalgia to make 6 good (making Delta the main characters again) I want to see their ideas unfold, their heros, not epics.

The open world parts were a good idea but weren’t really executed very well. So either fill the world up with things to do or just return to the regular gears formula : a squad of soldiers moving through areas together on missions.

I would really prefer that JD be the main character in Gears 6. This would mean that he would be the one that survives. Nothing particularly wrong with Kait btw, this new JD is far more interesting and would awesome as the playable character in 6.

Possible time jump so that the Swarm have time to become deadlier, more prominent and have time to build that “Nexus” Marcus mentions at the end of Gears 5. Make them scarier because as of right now they are no where near as deadly as the Locust were.

The concept of “Hivebusting” is the best idea TC has made. Please more of this. I’m not just saying this because Lahni is a part of them. Everything about all the Hivebuster concept is awesome. Getting taken by a Snatcher on purpose and killing the Swarm from within their home is so badass.

I see lots of talk among forum-goers about what they don’t like in the Gears 5, or even Gears 4, campaigns. About how they want to return to “the series’s roots”. (Cue the ‘dark and gritty’ crowd.)

I’d like to know where you got this from. Please don’t spread misinformation; thank you.

Everything about all the Hivebuster concept is awesome. Getting taken by a Snatcher on purpose and killing the Swarm from within their home is so badass.

I’d love if the opening mission is basically an Escape match. Kinda sad the Hivebusters never actually did an extra epic hivebust in the end.

If they want to preserve the variety of atmospheres that gears 5 had (ice, red desert, black crystals, yellow / green city) that’s fine with me, if they want to listen to people who want dark things again, whether it’s because of a meme or not, I hope return to the gears 4 atmosphere, I loved the dark environment with the pods glowing in red / orange tones, similar to the first trailer and in the gears of war 4 trailers back in 2015, the gears 4 campaign could have failed in multiple things but the atmosphere was not one of them, if you want to go back to that, I hope you do it like 4 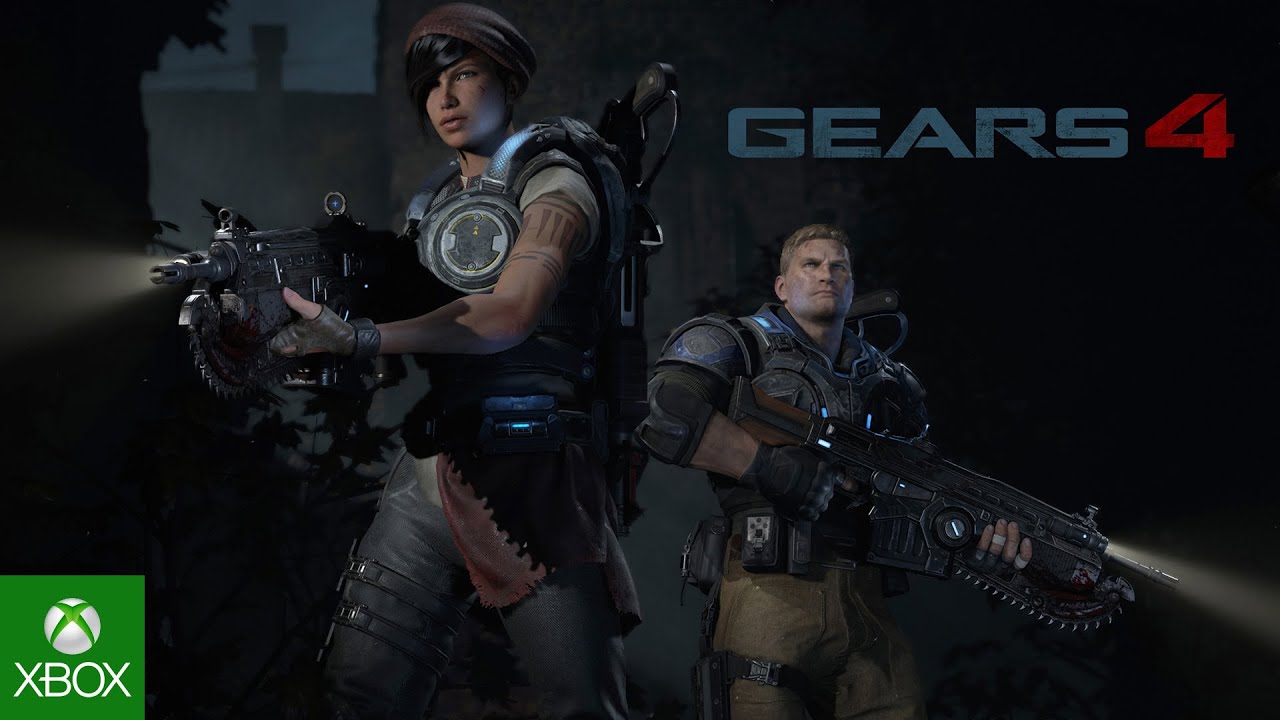 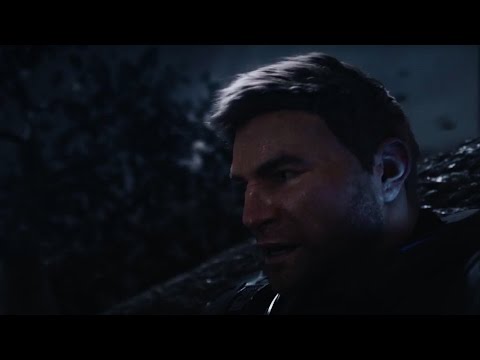 About the swarms, the same, that they have a little more development and that they are intimidating, that they really are “the nightmare reborn” as they used to say, I would like them to start manufacturing their own things and moving away more and more from the style of the locust and will begin to adopt their own style and identity, (apart from lore’s point of view, weapons and remains of locust clothes should be limited, so this would have to happen) that are intimidating and interesting at the same time, Also that they continue with the style that the cog took in 5, I like how their new armor looks, the style of their weapons and how their renewed army is looking, I would expect more things of that style, which expand the depth of both armies

I would also like to see chaduk (paduk) and the nomads again, as an alternative militia of the cog, similar to what the pesangas were in the pendulum wars, that they give them here as an independent style, “Vietnamese” perhaps, no It is my best example but it works, that I take it traffic weapons with them and things like that, I remember that there were even conceptual arts of the pariah from gears 5, where you see a tank that gives me the impression of being armed as with pieces of scrap metal and things So, releasing black smoke, it would be good to give them to them, or I don’t know, they are connections that I make in my head, like “this goes well with this other”

Better gore. Playing around with the bodies in Gears 5 just doesn’t feel as good as it did in the OG trilogy. As great as the graphics and textures are, seeing those undercooked gibs just takes you out of the experience. Not something that makes the game unplayable, but still shouldn’t be neglected.

Stick to linear missions. If they’re gonna attempt the open-world thing again, at least fill it up with some goodies like random encounters, etc.

I wanna see more things from the swarm’s point of view. Build the hype up like GOW 2 did. I want to see 'em take advantage of the indigenous Seran creatures. They should by then have some more organization, so hopefully, we can get some massive-scale battles. More badass swarm like the Warden should be introduced.

…why? It puts me in a weird limbo of being excited about what to happen next and being annoyed at the way they’re gonna handle this. Let the community vote!..or somethin’…idk. I’m hoping they just pick one, preferably JD, because I feel like a Myrrah/Reyna vs Marcus’s son conflict would be more interesting than the other option.

Kait felt like she was just hamfisted into the leader role. That decision just doesn’t sit right with me when looking at the events that unfolded. She also just doesn’t inspire me to rush into combat and throw my body of meat at the enemy like someone like Marcus or Baird can. This is probably pointless, because why would they just change it now…it’s set in stone by the looks of it.

If there will be abilities to be used in the Campaign, at least have some type of gadget/bot on the character to explain where it’s coming from. This is the biggest problem I had with Hivebusters, even though it was fun play.

Really hope they go for a more melancholic atmosphere this time around. No more " it’s been peaceful for years" excuses, we’re going all in now baby

. Walking down the ruined street and hearing those sneaky Juvies scurrying in the collapsed buildings while it’s pitch black outside would be so cool to experience, just like how felt when watching that GOW 4 trailer.

Traditional meleeing would be nice to see a return of.

Yeah…these types of threads are always my favourite haha.

Traditional meleeing would be nice to see a return of.

As long as melee how it currently works in Gears 5 is also there. Having only gun smack available would be a very dull experience if there is to be a melee based class in 6s MP, should they keep the class system(and they should).

In fact, I’d add it as a secondary melee option which you can do as a sort of “heavy” hit. Like how Swarm swing their guns at you.

As long as melee how it currently works in Gears 5 is also there.

They should keep it yeah, it’s not like I’m saying to remove it. Constantly swinging a knife around sometimes simply just takes the weight away from the character’s movement. I think a hybrid of the system would work best where primary weapons use traditional meleeing while pistols/empty hands use the knife attack. I’m also speaking from a campaign POV, so it’s all about the immersion for me.

PVE could then use a different system. Something along the lines of the default being knife and a secondary Heavy hit like you suggested.

This but with Big Team Battle, wouldn’t be bad to test it out.

Well I’m gonna be one of those who guys who says we need a return to series roots, but hear me out.

Why are they a problem? They are fun things to use in multiplayer and in my opinion, they dont drag down the feeling of the game whatsoever.

How about this: Dark Bubbles and Gritty Bubbles

Honestly… I loved the bubbles skins. I thought they were so fire.

I used the bubbles set alot during the early days of gears 4.