Due to freezing issues I was unable to play the game the entire weekend. I would find a match but it would freeze loading in. I would be browsing the menus and it would freeze etc etc. I spent hours being hopeful all for not and here I am, with nothing and I’m not alone, others were affected as well.

So what about us? Are we going to compensated or are we screwed out of the tester skins? Will they be available next weekend or will there be something different or nothing at all?

Before you say it was my fault, I’ve tried other games and they were fine, I cleared my cache for the work around and it yielded no different results.

So what happens with us? Are we S.O.L?

Another test will be this weekend so you will have another chance. The skins are nothing special either.

Appreciate it, and I know they’re nothing special, but it’s frustrating not getting them because of the issues, especially since I was here for it.

Unless they add other skins to the fray but I have no clue what they will do. I would like to think they will keep the original 3 they had for the next test just because of the time situations and who got to play the game before others did.

They should be the same next time. 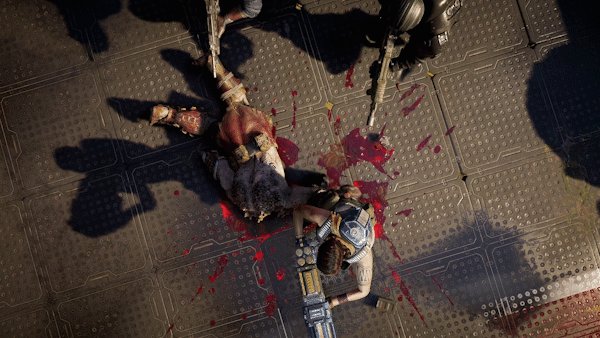 #Gears5 Tech Test Weekend 1 is over 😭 But we'll be back in just 4 days on Friday! 🥳 Thanks so much to everyone who played in our first weekend. If you didn't quite get all your Tester Rewards, don't worry - your progress towards them will carry into Weekend 2. https://t.co/wYljUIxQy3
3 Likes
lx_cHuBz_xl (lx cHuBz xl) July 23, 2019, 12:06am #6

Thank you for sharing this!

I thought the skins were pretty cool on Friday… Then as I was getting dressed on Saturday, and was putting on a Gears T-shirt I realized that the art on my T-shirt was the identical art that was on the weapon skins… But… I feel ya, gotta have them all!!

I was also unable to play along with other people due to an account issue on Xbox where we could play on other accounts but not our main accounts everytime we search for a match it gives an error code 0x801901f4 and there’s been no mention of this bug from the coalition what so ever. So I’m really crossing my fingers that this next weekend my tech test will actually work but I’m not holding my breath.

Yeah the console freezing wasn’t issued by TC either, but hopefully it will be solved today and we can play this weekend. If it continues though it really has me worried about it happening when the game fully releases. One thing I didn’t think about was that I was connected via WiFi on my console and didn’t check to see if hardwiring in would help so I’m going to do that tonight if I freeze again.