So, came across this little trick ( and then watched a video of someone doing exactly the same with a flashbang.)

I was trying to get a kill with a torque bow when this happened. 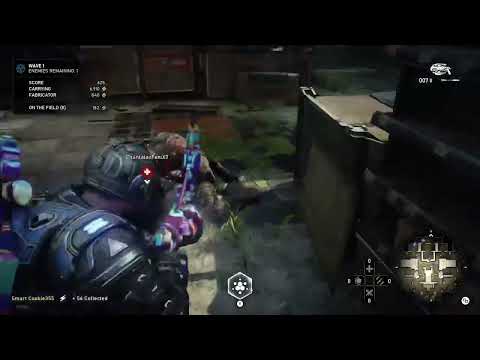 Yeah, it seems anything that would put an enemy into a stun state achieves that effect. Super handy to know for when your teammate is down across the map.

So many people want to run through the crossfire to revive them, but don’t realize a well-thrown flashbang is miles better.

when your teammate is down across the map.

I think in this case flash is much better.
For Gunner’s stun you have to be close.

Oh that’s right, Gunner’s stun is within 10m or something, isn’t it? I forgot.

And yes, Pilot’s stun with Dropshot works the same way. Though typically it you’re Dropshotting an enemy like that, they’ll probably just explode. If you can manage to land your shot far enough away that it doesn’t kill them, but stun them, it’s a net gain because the player can pick themselves up. If the enemy just dies, they’re stuck in a DBNO state.

I’m trying to think of other classes with a stun from range that doesn’t outright kill, but coming up blank.

I only know one other class that can pull this off and it’s Nomad with his Concussive Boltok. But you gotta be one hell of a shot to land a headshot esp if your teammate is far way.

So many people want to run through the crossfire to revive them, but don’t realize a well-thrown flashbang is miles better.

A Slugger with 8 smoke grenades can actually do that safely. People forget that they’re extremely helpful in breaking the AI’s line of sight hitscan.

At that point I’d prefer flashes, personally. I like using smokes situationally for breaking hitscan, but if I’m gonna hold eight of something, it’s flashes or frags.

Also I’ve learned what your avatar is from today and it was a whiplash seeing it lol.

Smokes are extremely helpful during Freezing Enemies dailies I may add, since it breaks line of sight it keeps anyone frozen a chance to thaw out. In terms of general utility its definitely Flashes > Smokes. Since OP mentioned Gunner’s concussive blast skill, keep in mind that you gotta be within 15m for that to kick in, I’ve seen way too many Gunners misjudged their distance between a target and they end up not being able to stun things.

Yeah, I forgot that on first view of the video. I don’t play explosives style Gunner. I prefer getting a Mulcher and going right in the middle of the action ulting twice a wave.

I do like that Gunner has multiple viable kit options, though. Half the classes in this game feel like they have one true option and there’s not a lot of customization to it. I hope that in the next game they have a more solid plan for how classes work from the get-go so it doesn’t feel like patchwork later on.

Torque Gunner is more viable if you have a Robotics Expert with Global Overclock, otherwise Mulcher is the way to go. Concering class builds, yeah, sad to see not all of them have viable alternative builds, too many useless cards for most of them. (Banana Clip for Blademaster comes to mind)

Honestly I think the class system is probably gonna be simplified even more so in the next game, there’s so much overlap with certain classes that they’ll end up being merged.

If Banana Clip was Stopping Power or something, that MAY be useful.