Skins in the campaign 💎

How cool would it be if I was able to use my Diamond skins in campaign?

The reason why there is a Microsoft ‘perception’ of no replay value in story driven games is because nothing is ever done to increase replay ability.

At some point the campaigns of Gears will need to be more replayable. A good way to do this is adding skins, among other things. I would be super stoked about that.

I think it would be a nice little perk.

Hmm, perhaps I could finally use my BRONZE weapon skins!!!

The Silver skins are legit awesome. I ain’t gonna lie

U jealous of my rank?

Considering that Jack has skins, I’d think skin customization in campaign would be a thing. Unless there’s a multiplayer mode they haven’t announced yet where you play as Jack.

Well if Gears 5 is going into a slightly-open direction with different regions there might be different skins available. Like in God of War, where it’s not skins per say, but gear and stuff.

I don’t think Gears 5 will have RPG-esc gear, but maybe the campaign could add a slight customization element like RDR2, where different outfits will have different effects in different weather (Desert, Winter, Jungle, etc).

Bump. Would be awesome to use the new halloween skins in campaign

I have made the case for gun customization in campaign since gears introduced it. I was never a PvP player more a campaign and horde player and always thought it would be funny to play through the campaign with the pink lancer or whatever. Just a shame they haven’t done and don’t foresee will ever do it. 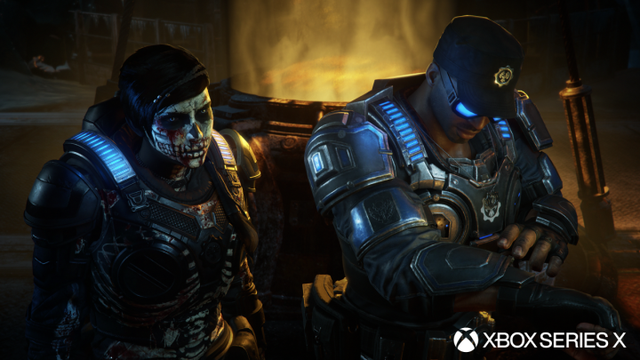