Show your highest amount of Energy in the Fabricator

Think the most I have had is around 600k.
Could be remembering wrong though.

As far as I can remember is little above 400k (and with a huge base)
But here we are on another planet : 1000k ! With or without super energy ?

I remember breaking 300k once, but it rarely happens since by the final 10-20 waves the engineer is usually just building random ■■■■ because they can.

Super Energy, all 4 Tabs (for the most part) and a Forge-Jack 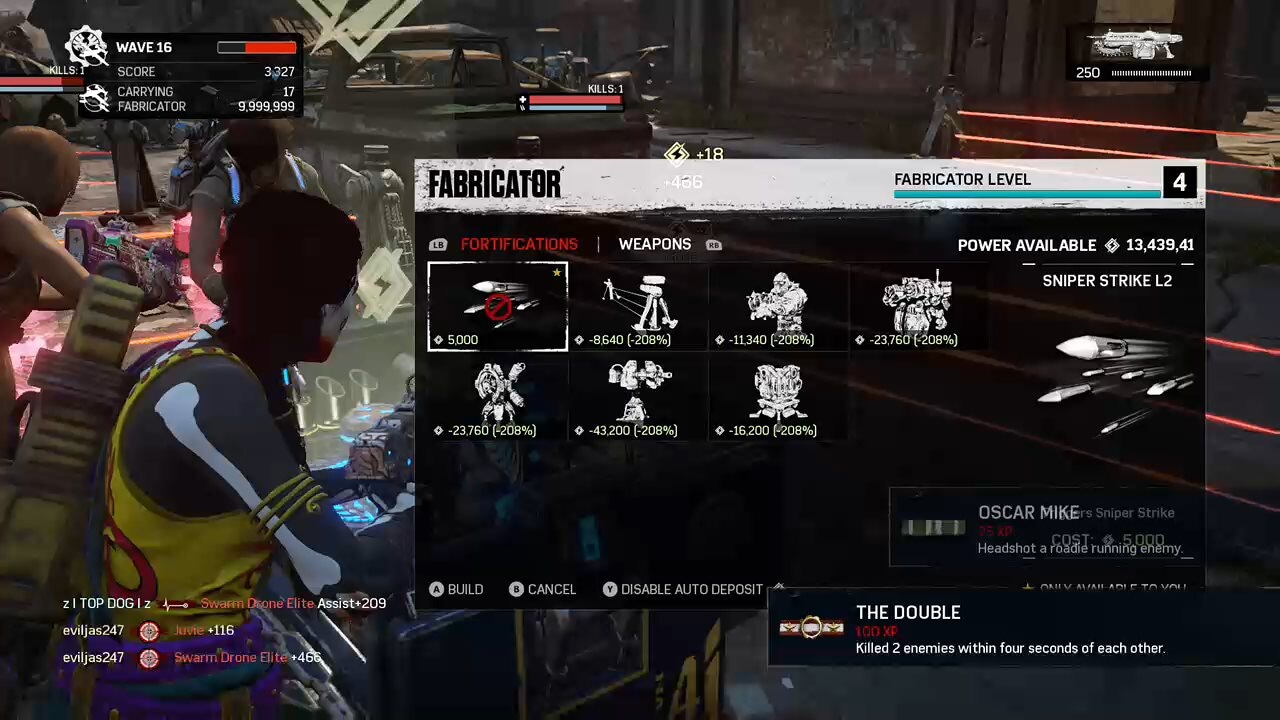 That’s insane actually. I can’t remember the fab being that high for me ever. Back when Jack forging weapons was meta, I remember getting to around 200K.

@WickedlyInocent remember when we tried to get you that million on Canals like almost 2 years ago lol we got it but then we failed on 49 I think.

Ah, the good ol’ power glitch after the one major Horde update that Gears 4 received. Makes you wonder how that even passed by TC.

I think it’s a lazy engineer if you don’t build decoys at least considering you got lot of powers in fabricator.

Dude I cannot play 50 waves anymore lol 2h sessions is too much.

2h sessions is too much.

Unless you are playing overload, it should take less than 2 hours lol.

2 hours might have been a general term since usually it is around 2 hours and maybe not exactly 2 hours.

The most i had in the fabricator is between 100-200k because the engineer always waste the power on sentries since they are expensive Better to just buy a bunch of forges and use them as decoys than those sentries.

I think my groups’ highest was 1.2 million. Although we were trying to do this intentionally.

This was early Op1 or Op2 days back when Jack had to forge the hell out of everything. Way before daily hordes were a thing. We all deposited every wave. Engineer barely built much of anything past the minimal barriers and weapons lockers. And we didn’t perk at all.

Wish I had a screenshot to prove it. It was a 1-50 Horde on Asylum.