r/GearsOfWar - Example of how good Nomad's Armored Shot is (Inconceivable) 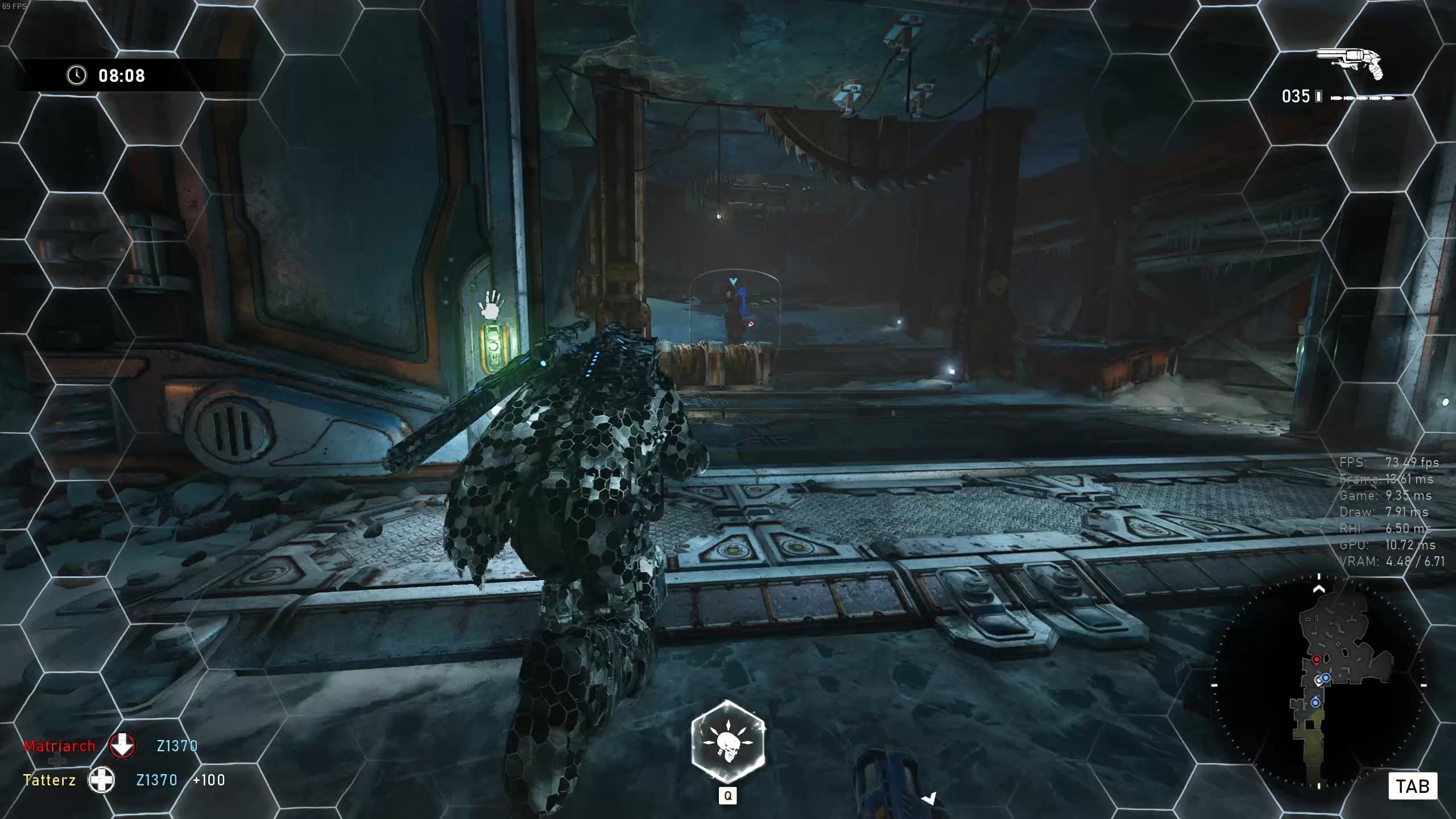 Some of you probably know of this “trick” but I myself honestly did not expect it to be that devastating. I didn’t use Armored Shot much since back in the days when I played Nomad, it canceled out Consecutive Shot so I rather sticked to that one. I knew however that the Shock applied bleed.

I firstly found that @GreatDefensor in YouTube using Nomad Solo playing in Gatekeeper.

I think having the Armored Shot using with “Glitches” isn’t a Big Problem, but how to maintain the Stim is a Part of Skill.

I mean I appreciate how Players use Glitch in a Skillful Way rather than a Mindless Way.

I tried this against the Swarmak on Gatekeepers some time ago, but because I couldn’t exactly see the health bar from where I was standing and the Tactician also peppering it with a Salvo, it was hard for me to tell the exact effectiveness of it against the big guy. It would be extremely good against the Snatcher if it stayed in the shock field though, so there’s that.

You mean how GLITCHED the bleed is against the Matriarch? Lol. I totally expect this to get fixed (again).

I think having the Armored Shot using with “Glitches” isn’t a Big Problem, but how to maintain the Stim is a Part of Skill.

I mean I appreciate how Players use Glitch in a Skillful Way rather than a Mindless Way.

I general I kind of agree. Armored Shot is a tough card to take advantage of, so I would be fine if this becomes a Feature and not a Bug.

I haven’t used it simply because I anticipate another fix coming to it, and don’t want to start to depend upon it.

Coordinate with a team mate and throw a flashbang at it as well! That’ll stop them in their tracks long enough to bleed out (hopefully).

@SNAKEYWAKEY389 Guess its not a well kept secret now man.

This was never a secret. Most people know this is a thing. I see random Nomads do it all the time on boss waves. Its just common knowledge at this point.

I was under the impression it was patched ages ago, funny enough I see this thread after me and @SNAKEYWAKEY389 did the Gatekeepers with him using Nomad with bleeding Shocks, he mentioned it was still a thing and when I saw him chuck some shocks at the Swarmak towards the end of the run did I see him do boat loads of damage on it.

Yes, let’s advertise it for the whole world, so TC will now stop working on fixing real bugs to close this “loophole”.

Well, it was fun while it lasted.

It’ll probably still last for the next 6 months.

It helped man, it really did. Those multiple attempts at that hive “totally” drove me insane.

I was dead tired too and just wanted to finish. But it was made harder than it had to be.