Sell me on your favorite PvE class. I wanna try new ones

This week I’m going to spend all my downtime playing Gears 5 PvE to try and get to re-up 50 if possible. But when playing Master, I usually restrict myself to one of five classes:

In order to feel less tedious playing multiple Horde matches every night, I’m gonna mix it up and play classes I didn’t give a fair shot. They’re all lvl.20, but most have lvl.2-4 cards and I only played them on +XP weekend events or CXP dailies to max them out.

So tell me, what’s your favorite class and why should I try playing it? I’m open to suggestions. (And invites.)

Honestly gunner isnt my favorite but I do really like to play gunner.

I use a mulcher build and I never not feel like a beast.

The cards I use are

Mulcher damage
Reflect bleed
One card where you get ult back faster as you do damage
Extra heavy weapon ammo
That one damage reduction card.

Terrible card names ik but if you look in game I’m sure you’ll know what I mean.

If there is a lack of engis in game, I spend my first 10k buying a locker for myself and upgrading it so I can throw two mulchers on it at some point. once taps give me some money, I buy myself a mulcher and starting pouring whatever tap energy I have left into either the ammo regen perk or the ult extend time.

This is for frenzies, I’ve never tried gunner on a 50 but I should at some point.

Veteran: Marksman with Auto Headshot function.
Doubles good with anything that benefits from headshots.

Of course BM as you already mentioned anchor.
Give a try to a Tact but with an hybrid build (disciplined + boomshot)
Have some nice games

BM might honestly be at the top of my list but I’m afraid of embarrassing myself lol.

How high should my cards be before I’m legitimately hard to kill? It’s gonna take some coins but I’ve got like 200k to spend.

BM might honestly be at the top of my list but I’m afraid of embarrassing myself lol.

Honestly, being a pvp player really helps you out with using BM lol. Well in my opinion anyways.

The only card that absolutely needs to be at level 6 is TOTH.

It definitely does for Infiltrator.

Infiltrator on PvE feels like I’m cheating half the time. It’s just so very, very good when you know how to move.

Tactician is fun but I prefer Keegan in escape. And not for explosive spam but for disciplined and hammy spam.

Infiltrator was all I played for awhile because I was/am dog water at the new tuning.

I have to feel good about myself somehow.

Don’t worry about dying or going down. Its a high risk high reward class. The best Blademaster players will still die, it happens lol

Lol I actually get more nice messages recently in PvE, weirdly enough. Made a few friends because they just added me and sent a message saying “you’re good.” I should send positive messages more often to make other people’s days.

One match on Canals, I was Pilot, and Sentinels spawned. They immediately took down two of my teammates, so I left my lane to Dropshot stun and kill them both then pick them up. After the wave one of the players came to my side and just did the “I’m not worthy” emote at me over and over. Felt good.

Wow that actually sounds really nice, I try to be more positive in gears games but I falter at times.

I pretty much run solo in pve and I don’t hear people all that often.

Very fun class to let loose on while breaking hell at the same time! Not to mention people will be all over you literally.

What are you waiting on? He doesn’t have all day… 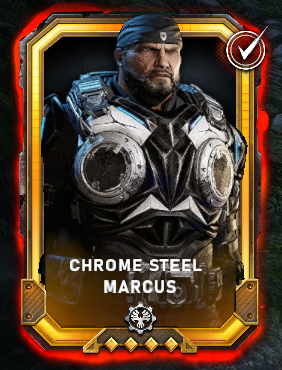 Vet is one I pull out from time to time, actually. Very simple class that can make the game go faster. It’s not my favorite but it’s not bad, either.

I find it funny when I try to give my Retro Lancer to a Veteran and they don’t understand why I want them to take it.

For Escape, I love using the Nomad using an execution build. There’s some similarities with the Blademaster in the sense that it’s very CQC orientated, but it’s in fits and bursts. It’s great for creating openings for team mates, who sometimes aren’t suited for CQC fighting, so you’re kinda the tip of the spear leading the charge.