Versus co-op seems to be working fine but horde has a loading time of close to 5 minutes before actually showing the map loading screen. Sometimes a “server allocation failed” error pops up
Escape same thing. After the snatcher cutscene theres a wait of at least 3-4 minutes and then I finally get the mutator loading screen or I get the “server allocation failed” error.

I did enable X.M.P before firing up Gears after it somehow defaulted into disable god knows how long ago but I doubt that has anything to do with this.

It feels like my loading times are longer than usual too. But then im still one of those XB One peasants.

Another thing that I’ve been experiencing is a long wait of about 5-10 seconds between pressing X to start the countdown, and the timer actually starting. Sometimes the timer doesn’t even appear - after an extra long wait it just skips straight to the cutscene. Presumably it’s an animation-interface issue and the other people in the lobby get the countdown?

I also see delays in simple things like re-rolling dailies… takes like 15 seconds to reveal the next challenge.

Yes, that happens to me as well. And on my secondary account the same thing happens when I upgrade PVE skill cards.

Also when I start up lobbies (of any kind - PVE or PVP) sometimes if I change the game mode (e.g.: from Arcade to Control; or Horde to Horde Frenzy) the lobby goes a bit crazy and all of the other sub-options are blanked out (the list that allows you to customise the rules - like bleed-out time; how many points you need to achieve to win etc); and on the main lobby screen the bit that shows what mode you’ve chosen will just continuously go back and forth between Arcade and Control for about 30 seconds before it settles.

It’s been acting funny for me too.

Cant say ive experienced those things. Other than the timer bug that locks you out of every control until the match starts Ive never had an issue with the timer iirc.

I seriously doubt xmp is the culprit but to be sure im gonna disable it and see what happens.

edit: I fired gears up before diving into the bios and maps seem to load as usual now. the mutator box in custom lobbies is disabled the first few seconds but unlocks after that and other than some weird bug where you see the match results of your prior match right before the new map loads in it all looks fine.
must have been some server side antics so ill take it

It’s been acting funny for me too.

When I host games the countdown is not as responsive as it used to be. There are times where the mode would alternate between horde and horde frenzy by itself. When I go to customize the game options, sometimes it’s blank (showing dotted lines where there should be text to select the options).

I’ve had times where lobbies I hosted would start before I even join, denying me 10,000 power that I would otherwise have because the game thinks I joined late, even though I hosted and initiated the game.

Sometimes it doesn’t show the countdown at all and just starts when I initiate it. The game always had minor bugs here and there but it seems to have gotten worse recently.

Ah yeah. Not the exact same as your issues but a friend has had something similar. Hope its just a serversided anomaly

I’m on PC and have suffered this issue on Horde.

Slightly unrelated but this morning I got kicked from my own solo Escape match for idling? Lol

There are times where the mode would alternate between horde and horde frenzy by itself.

I’ve experienced this before and have straight up just broken the game. One time it was cycling through boss rush and horde roulette. When I get in the match I check the menu and it says horde roulette for me but when my friend checked theirs it said boss rush.

We drop the fab and the 3 taps pop up like in boss rush. But after a bit of testing we had the modifiers of both game modes set. According to what I tested in terms of like my damage. Before we started while it was swapping between both modes I had selected for boss rush the modifiers were more hp, more lethal and aggressive enemies. But I also got the corresponding modifiers in the usual slots of horde roulette. Which was more hp, mini bosses and bosses take more damage (its 2.5x/150% more damage if I remember correctly) and aggressive enemies again I believe. So basically we were playing boss rush with the normal boss rush mods as well as the horde roulette mods.

The other night it didn’t give me a count down as to when the match would start. Then I had to wait like 45 seconds just looking at my deebee deadeye with no weapons in his hands. After 45 seconds of starting at that it just loaded me into the match without the loading screen in-between as well as without doing the whole “make sure everyone has loaded in before we officially start the match thing.” I also spawned with no weapons. But I’m a tackle build brawler so that wasn’t really a problem. Think I went 3 waves without weapons before I decide to pick up a hammerburst. Only problem is when you are unarmed you can’t dodge backwards which was an issue.

Not sure if mentioned but pvp is also taking an age, upwards of 10 mins to find Ranked Control!?

Well, it looks like my original X Box One console has finally snuffed it and I have to upgrade. Spoke to a few repair shops and they said that it looks like it’s the console itself (the power supply pack seems to be functioning so it’s not that).

So hopefully I won’t have to put up with the slow loading times anymore once the new console arrives…!

So hopefully I won’t have to put up with the slow loading times anymore once the new console arrives…!

There’s something very strange about someone from provincial Scotland calling the metropolitan elite from London a “peasant”.

Alright, Dana. This Bleeding facade has gone on for long enough. Reveal yourself!

I’m sure there is. But let’s leave it there or Ghost will banish us to the Void for bringing this subject up.

So just to update everyone, the online Microsoft Store has been a bit poo regarding my order so it’s been delayed.

This basically summarises my experience over the last few days: 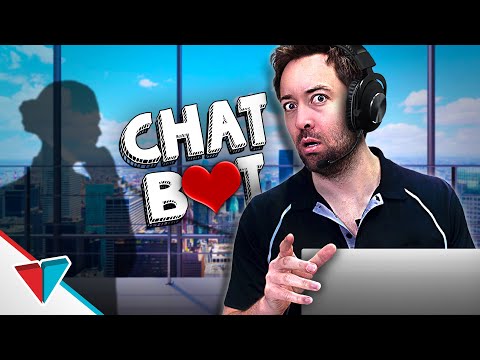