Need Tipps for Building base

Whaz Charakter die you prefer ?
Demolotion tactican or Sniper and Veteran ? Anchor ?Pilot ?
Ist Jack a must have on this Map?

There’s no hard maps, the bad players make difficult the game plus the stupid enemy combination of Boomshot scions and the damn aimbot.

The key is know how to place the fabricator, defend the flanks and not hiding like rats.

I played in this map with several classes and I trying to play with at least all clases to prove is possible to play without issues. 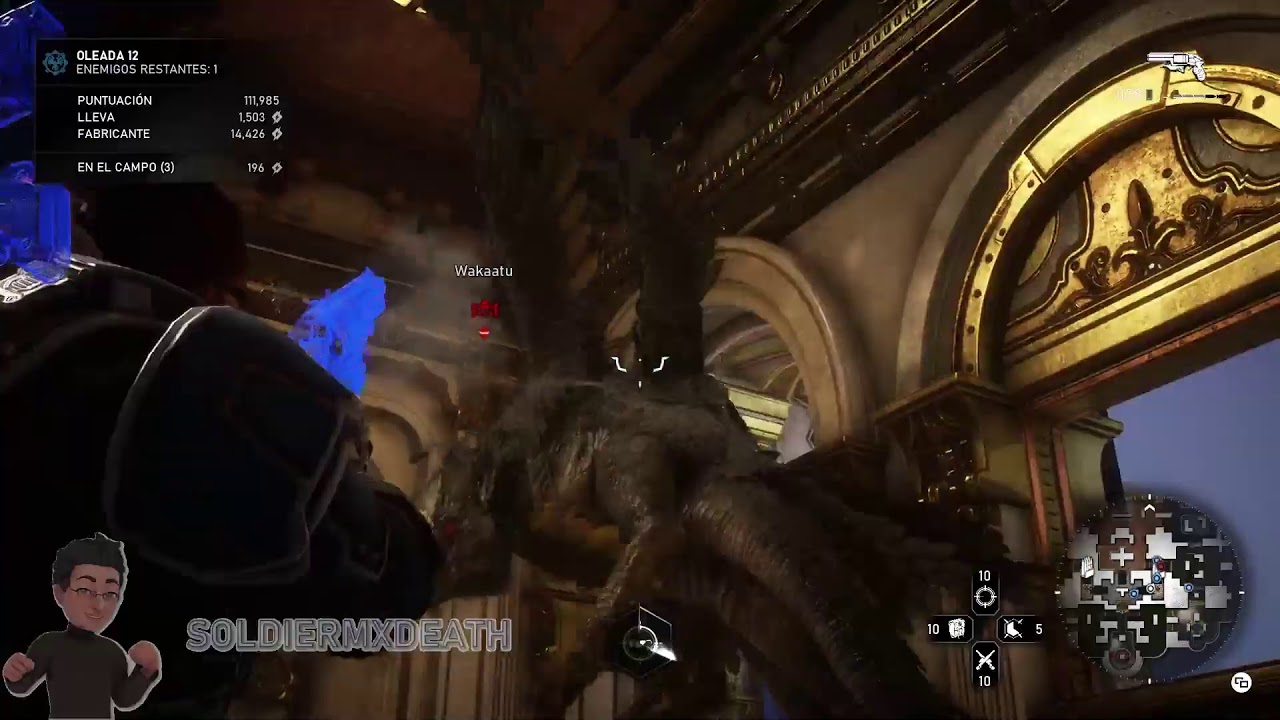 Again the two big issues in this game are the bad players and TC itself, specially this last ´cause thanks for the “freedom”, the player think is very effective to do whatever they want instead of play the class, they don’t know how to hell to react with a bunch of enemies, no matter if you have a fully blademaster, if they were stuck with the gears of war 4 playstyle, then they will simply run.

The Taps? good thanks and you? they don’t care on protect them, only hiding like idiots in the farthest place of the map, not caring to place the fabricator, and thanks for TC that the freedom they give them, instead of teach them how to play what supposedly the way it meants to be played the classes, but no, I’ve seen anchors buying repair tool and acting completely like an engineer, not killing, not using ultimate.

Tacticians buying lockers for themselves, and Demolitions too, even those in the same match they can’t share one locker, no way! why the hell need to learn to use the ammo resuply skill and use the explosive ammo perk if we can continue being an r3t@rds stuck with the gears 4 formula? Perks? no thanks, I prefer being an useless piece of garbage neanderthal who still use explosive weapons on horde dailies that reduces the damage up to - 90% instead of try to play differently.

I still play this is ´cause Gears of War franchise is my favorite, I can’t kill my love for the franchise too fast, but with this and TC itself, they are doing a fantastic job, not even seeing Gears 6, PVP? for me is absolutely poop. No matter if they put all the gears of war maps ever made, it doesn’t fix the lame core gunplay.

And regarding the main point of the post, again, the map isn’t the problem, the problem are the bad game mechanics like a lot of enemies with autoaim, this is a bullcrap and this is disgusting me a lot, the bad players don’t even caring on defend the main source of energy to build or perk up, and most importantly, TC letting the mistakes are made, not teaching players how to play, the classes right now after of years of “balances” and the indecision of how to heck make a hero system game, throwing that to the trash, it took so much time to get a decent classes working “fine”.

Ah, another thing is pissing me a lot is certain users here that affirms forcefully that Demolitions for example is too dependanf of lockers, which is also a bullcrap, I recorded both 12 and 50 horde matches even on some cases nobody built fortifications and were smooth, the rare case that a horde match is enjoyable, and I could put other examples of those wrong statements but isn’t the case.

Meanwhile TC still doing the same, the matches will be painful, not ´cause a real hard difficulty, the real difficulty is find decent players who understand how to play, and deal with the ton of bugs and horrible game mechanics that are a hidrance.

The taps is the most issue of this map,most of them respawn in the midlle,or you hidde like a rat and try deal in 12 waves without energy, or try hold in middle attacked by 2 or 3 sides. I personally like to fight to hold energy.

In this map i use Pilot, i know so many people donk like pilot, but its a good class to agro damage in Silverback mode and deal a lot of damage too,the ult recharge very fast, i like bleeding mulcher and trishoot curative, the hammer who has 8 shoots and 4 seconds stun,good to deal with scions,wardens and others bosses,giving time for team.

You can use basic combo sniper+vet too,the problem is most of vets like stand alone and shoot away or some snipers dont realize they can ult with vets.

As a engie, spam fences and buy lockers,dont waste money with sentries,you need time(fences) and deal damage fast(lockers level 4 for your team).

Slugger after update is major class now,you can plant, spam grenades and with ult+ claw do great damage.

I like medic over jack, jack in 12 waves sometimes its just a savior,but dont do a great damage unleast in ult mode or in some modifers,its easy target in open areas.

I like demo,tac,blademaster and gunner to but this classes need to much energy for upgrades,and they go be useful or do great things in the end of game, and sometimes maps like this you cant hold too many taps. I like anchor, vet and brawler who can do decent damage and contribute with more energy.

In my video show I can cover almost half of the map, no matter if taps spawn in the middle, the problem is the damn people only hiding and not defending them, if everyone were more smart and also offensive instead of waiting the enemies approach too much, the matches would be easy. With melee classes I almost always go in front killing.

If you say me I’m hiding like rat you’re wrong: 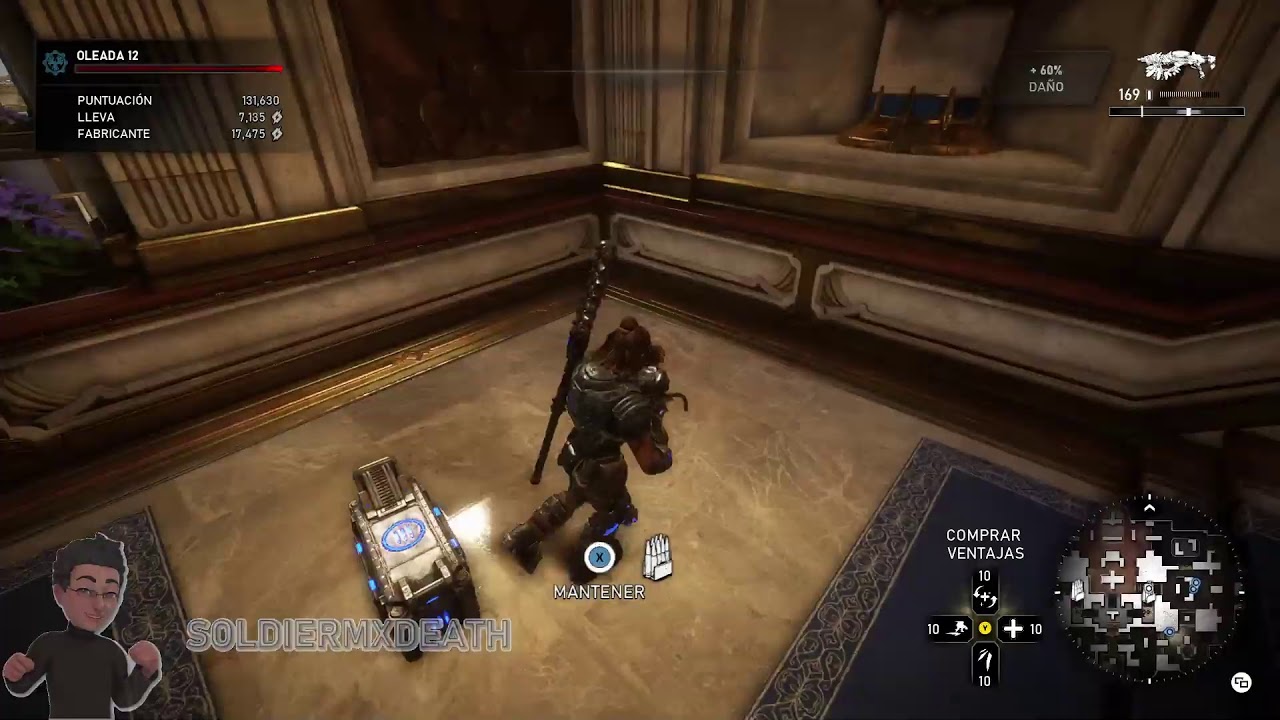 Sorry, i reply you but i wanted reply OP.

I see your video, you are not hiding, your engie and the rest of team unless try hold taps,most of them just put fences near fabricator and pray for better. Some players dont know if keep taps safe trough waves you get more energy.

Master is extremely hard on Regency due to the Tap location…some of these Maps I know TC hasn’t played very much if at all. Take for example Reclaimed…The taps for Reclaimed were obviously done by someone who has never played or played very sparingly that Map

The moment when Koty join…

This is a good quote.

I think 9 times out of 10, when my Horde runs with randoms fail, it’s because everyone’s “hiding like rats”. We pull back way too far, cluster up, have our barriers in too close and a few boomshots/grenades later everyone dies.

It all depends on the Team/Classes that are being used.
A Team with Combat-Medic or Anchor, a Blademaster, a Pilot or Gunner and a Infiltrator or Demolition and an Engineer can easily Win while also holding 3 Tabs.

Setup on the Hill and you can absolutely destroy the Horde on that Setup-spot.

I think we once even Won a 50 on there when i was playing Brawler and @CommanderCH2863 was playing Slugger (before the Buff) If i remember right it was a Daily with more Meele Damage and less Bleeding ect.

On the other Hand Reclaimed is one of those Maps with (kinda) sh*** Tabs if you want to play it somewhere Different/more regular.

The Main Reason it doesn’t fit Frenzy well is because of it’s Size you’ll need a lot of Barriers while also having terrible Tabs that will most likely break during the Waves.

Finish it on jingle juvies, I think it still counts for achievement.

Got it with normal 50 waves in master. Much easier but took very Long