Just went 19-6, won the game, scored over 2,600+ points got 2nd overall and this is what your trash ranking system gives me as a top tier player. God your ranking system is ruining this game. Acknowledge that this is hot garbage and update it now.

God this games competitive ranking system is such a steaming pile of bullsh*t.

Honestly compared to the actual game the ranking system is AAA quality.

Lol the game is so ■■■■■■. Ranking doesnt even matter. I cant even get two matches that feel the same.

That being said they are working on some changes. I wonder how long they will take.

or what the unintended consequences will be… haha

Lol i honestly dont like the changes. Make rounds with quitters zero. That means i wont ever rank up. 95% of my matches have quitters.

they really need to crack down on players quiting. like 30-1hr bans min. Hell make players play 3-5 quickmatch games before they are eligible for ranked again. Also need to quit pairing bronze with diamond/onyx players

Not so long ago @nodezero said in a stream or a post that they were considering forcing regular quitters into winning an X number of social games in order to be able to play rank again. Never saw any other confirmation or comment in a what’s up so we’ll just have to wait and see.

The suspensions are not effective when half the “quits” are caused by disconnects and the actual quitters just go play another game for the duration of the suspension.

That would be neat. Anything at this point would make the online gameplay better. Night and Day difference!

You gotta take it easy on them bro, so they think they have a chance lol.

Lol nah i rather make them quit and suffer the consequences. Im not even that good so if they are quitting because im beating them up i feel bad for them lol.

Lost 4 tiers for nothing i was punished and half my points were wiped out cause the game kept stalemating straight bull and we won on top of that!
Fk youre game i was straight rob months of my time 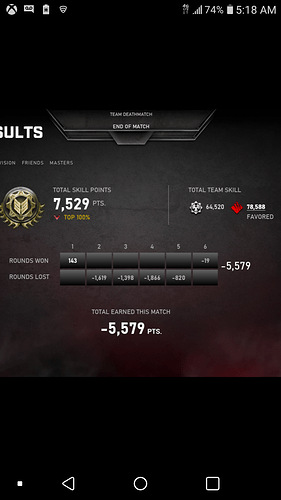 I’d be so mad. That’s some bs. You should never lose that many points from a match.

holy!!! Looks like they made a slight change on the 6th. So now it’s not as bad. I’m still getting paired up with bronze players as a Diamond 2 player. Also I’m still losing points every once in a while for a winning game. Bottom line it not there yet. A win should count as a win bottom line, as in + points! 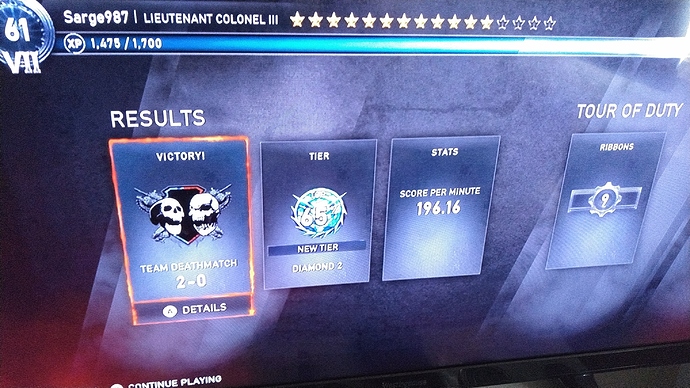 I honestly deleted Gears due solely to the ranking system. I see people griping about this game a lot, but I thought everything was great until the second season or op or whatever. In Gears 4, I was a Gold 2 in TDM. In this Gears, I started out as a Silver 1/2, but I was ok with that, as the games felt balanced, and that’s all I really care about, but when the second op came around, I was staying solid Bronze, and kept deranking to lowest tier, and even then… I could deal with that, as far as my ego is concerned, but the problem is that even in the lowest tier of play, I was getting ROFL-stomped match after match by players that seemed like Onyx and Diamond players. I’m getting one shotted from everywhere, and honestly, as a guy who is generally good at most games, but not someone who lives to play, it was just too frustrating to deal with. If they fix that, I’ll get back on, no problem.

Wow that is some straight Shitz.

again, the problem is it goes round by round

it is actually reflective of performance when it doesnt get messed up by quitters, AFKers, etc

Nice bro i woulda been a master from this matcg but negative 6500 you kno?? Like wtf is this 0 points every 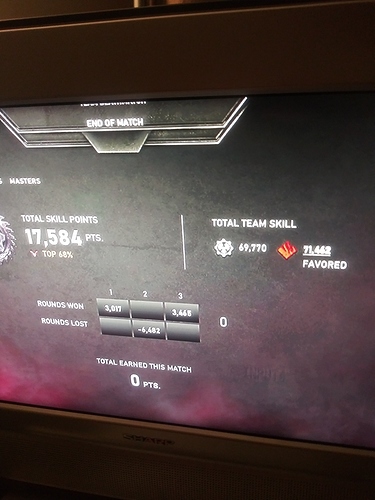 I think it always evens out to zero if you win with a quitter on opposite team or if you didn’t perform on a winning team. Too many exact 0 point matches that I get also. It seems like they have to distribute the points but players have to get zero if team wins. Lol. Idk opinion.