Is Jacked mode playable at the start or I have to unlock it?

If Jacked mode can be played at the start, can I unlock every/most achievements for the base game? Or I still need to play base + jacked for every achievement?

I know that some achievements are glitchy, but are those still bugged today? Are they bugged like the versus achievements for Gears 5 that can be stuck for months or it’s just a “try again” (or more than 3 times) and they unlock?

JACKED Mode is available at the start. You just select it from the main menu.

I can’t remember 100% but there’s definitely at least one achievement which isn’t unlockable via JACKED Mode. It’s something along the lines of “complete a mission with one soldier on insane difficulty” or something.

There’s a number of achievements which relate directly to JACKED-Mode so you’ll have to play it on this if you want these achievements. These achievements mostly relate to JACK’s special abilities like Hijack; and there’s a couple which refer to his default skill which buffs team mates (I can’t remember what it’s called), or using JACK to capture supply drops or something.

I did at least three playthroughs over both non-JACK and JACKED. It kinda all blurs into one for me nowdays… I’m still missing several achievements myself but I doubt I’ll go back to it for a long time (if ever).

It’s a fun game though, if you like this sort of thing. It doesn’t have as much depth as XCOM (another turn based squad strategy game) but is still enjoyable.

Don’t try to do the ironman mode in jacked. There is a glitch that happens in jacked mode quite frequently where the enemies never spawn correctly so their turn never ends.
Since you can’t restart checkpoint you’re stuck basically with no way of fixing it.

Most of the other achievements are definitely easier in jacked mode.

Most of the other achievements are definitely easier in jacked mode.

Yeah, the whole game generally is easier in JACKED Mode. Especially the earlier missions when your soldiers don’t have that many abilities unlocked. I think there’s only one achievement which applies to Insane difficulty and must be done in the standard base-game mode, but aside from that JACK makes life easier.

The lower dififculties are fairly straightforward, but Insane can be very unforgiving.

Thanks for the tips. So for now I’ll try Jacked mode first and when I finish and know more about classes and what abilities are better or not for me, I’ll try Ironman on base game.

The less glitches that I can find playing Ironman, the better

I recently completed the game 100%. This video is simple and effective for class overviews. Insane was easy once I understood how to exploit certain classes.

My sniper had critical percentages between 80 to 100% at the end of the game. Made final boss a joke. Scout is also extremely OP. Never used heavies, hate that class. 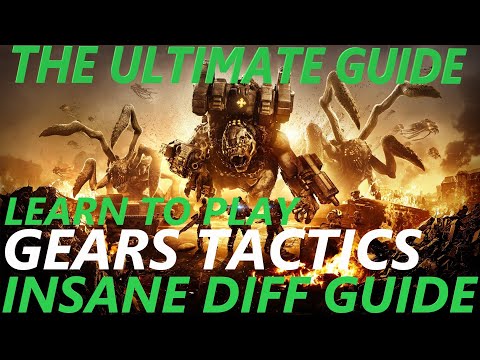 I did Ironman on Jacked. Didn’t know about that glitch and extremely relieved I didn’t encounter it!

They’re good for defensive play where you use overwatch alot and bait the enemy into attacking, but when you’re on the offensive they have a hard time keeping up. And alot of missions require you to move. I think only the supply drop missions require any defensive play. And yeah, the Scout and Sniper classes can be insanely powerful with the right Support upgrades. You can stack so many extra moves onto them, I almost feel sorry for the enemy!

Thanks for the video, I’ll watch it after finish my first playthrough, so I am not biased to what class and skills I have to use

If you’re trying to minimize the total number of playthroughs you need to do to unlock every achievement, then I have some tips. If not, then feel free to ignore otherwise you’re going to end up doing more playthroughs than you’d planned.

If you don’t mind playing through more times, then you can split the regular runs into 2, 1 on easy to get all the specific achievements and an Ironman run so you can focus on that. That makes for a minimum of 3 runs. If you did not do this, then you will end up having to play through at least 4+ runs to get all your achievements. Several of the character specific achievements are only possible in the later chapters when you have your classes leveled enough (specifically the Scouts and some of the Vanguard ones). They are very difficult to set up in the Veteran missions because you don’t know what you’re going to get (randomized enemies) versus guaranteed set ups in story missions. If you don’t care about the achievements, then just ignore all of this. If you’re trying to save yourself hours of wasted time on another playthrough just so you can get back to that one mission where you can set up that achievement, then this is good advice.

Also, don’t worry about the number of kills. there’s a very easy way to farm this once you’ve got everything else done in the game. If you need to know, send me a DM. Good luck and have fun.

Thank you for the answer

I’m interested on get every achievement, but before that I always like to play a game without guides, so I can play it like I want and discover things for my own.

For now, I’m playing on the recommended difficulty Jacked mode. I like strategy games, but that doesn’t mean that I’m good at it.

It was a pleasant surprise see how easy is to play with a Controller. I’m playing on PC but I’m not a Keyboard + mouse player.

Also, another question: I preordered the game so I can unlock Cole. Is he a good class/character?

Cole is same as Sid, a vanguard. He’s a solid backup in missions where you cannot use Sid.

Like he said, Cole is a Vanguard. I don’t know if you’ve already got him selected but I discovered an issue with Cole. I also preordered Tactics and downloaded Cole, but since I didn’t load the game up and play it within the window near launch I can’t use Cole. It’s not a big deal, but it’s mildly annoying. Good luck with your runs and let me know if you get stuck.