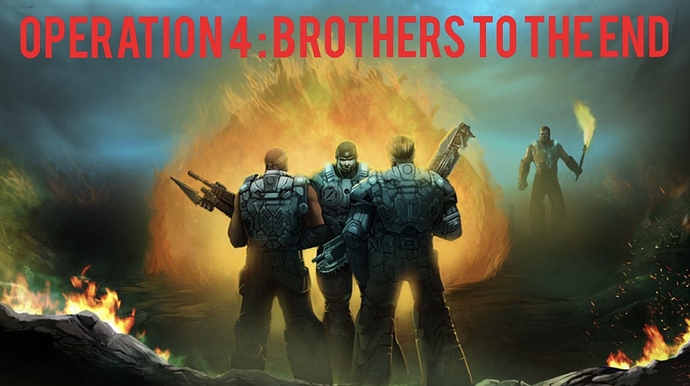 My idea for Operation 4:

Operation 4 : Brothers to the end.
The op based on delta squad and mainly Dom as he was loyal as possible, until the very end. Wingman as the gamemode that comes with it, A remastered map and a brand new one. I’d love to see different variants of delta squad within the tour and a lot for Dom. Would love to see maps from Gears 3 make a return, maps like Sandbar, Trenches, etc.

(The image is not created by me, found it on google images a while ago. I added the title to it.)

Not sure what to expect but eager to see what everyone else is predicting/hoping for.

I am hoping for Gabe and Sid, Skorge and Ukkon. Or Dom and Paduk.

I don’t know who I want really, just more content would be good.

Edit: Sam Byrne *nearly forgot her and I knoe one person would not be pleased with me

Ah ok, can’t lie been out of the loop for a month or two. I hope to see Dom back though. I have no idea what to expect.

I think the community would be super happy to have Dom back, one of the most requested characters.

I’m a big factor to that lol , even on Gears 4 it’s all I asked for. I just hope he gets good variations, as much as Baird, he has got like 7 since the start of Operation 2.

I remember tweeting this to Rod a few months ago. Has my hopes high, Especially since he replied with that GIF.

I would be shocked if Dom didnt come in OP4 or 5.

Fingers crossed, I hope it is soon. Would make sense for it to happen soon. I tweeted that before Op 2 was revealed so they couldn’t have planned to far ahead at that stage.

My prediction for me is an un-installation which most likely will happen.

Will the changes to PVE come at the start of Operation 4? Or will we have new characters who won’t be initially playable in PVE modes?

From what I understand, TC have only confirmed two tidbits of information about the upcoming changes to PVE:

It seems to suggest that they will be able to use other character’s skills instead, but not sure in what form.

Two ideas I had in mind, is:

The latter idea (b) would mean TC need to redefine and rebalance some skills. Especially for the “offence” category which is a very diverse category!

With the former idea (a), I wonder if we will get brand new presets in the future? Like an alternative sniper-style one with different skills etc.

Edit: Sam Byrne *nearly forgot her and I knoe one person would not be pleased with me

Wasn’t even thinking of you

Either way, I want Sam in the game already.

Bernie,Dom,Tai for character(s) For operation 4 ,Would love to have video/Teaser Or/even a thread to see what is coming Please

They said they’re going to reveal a few weeks before it launches I’m pretty sure, don’t quote me on that tho, not 100%.

Thanks my friend either way it will be worth the wait

Hopes: Paduk (finally) and let us play as any character in Horde in any class (Engineer, Offence, Support, Tank, Scout) with skill cards that were a part of that class character (Del, Kat and Baird) Actual god damn maps
Expect: Complete trash with more bloody Gears 4 maps and barely any changes to PvE 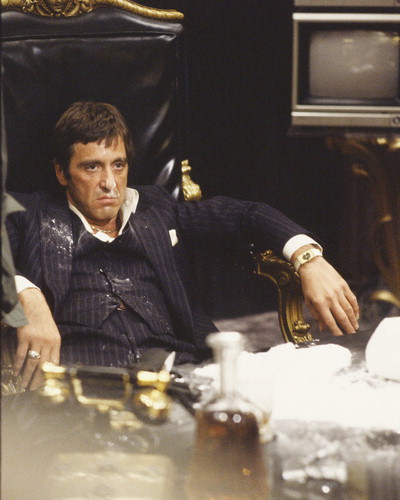 Predictions/speculation:
-Beta tuning changes will probably be put into all Ranked gametypes, they considered it “low hanging fruit” so that means they probably were already set in whether or not they were going to implement into OP4 before it began, so the playlist right now is less about TC getting feedback and more about just trying to slowly implement stuff (as to not shock players)
-Pahanu will definitely receive some changes at some point, though when is the question. How do I know this? because when I asked Dana on one of their dev streams (was a couple of weeks ago IIRC) he pretty much said “no comment” which almost guarantees they’re doing something with the map, if they weren’t he would just say “there are no plans currently for it” or something. Let’s hope they do some really impressive stuff with it like an eruption or something.

-they’ll do away with character specific classes, instead they’ll give you choice of base classes (sniper, support, engineer, etc.) then let you choose subclass (which will be what once was character specific abilities and stuff) though I do expect them to add another sniper class to the game (hence why Paduk will be added)
-More balancing changes though the specifics are hard to assume

I also think if they were to announce a DLC it would probably be either at the start of OP4 or OP5, but frankly I highly doubt they will as what they can offer is very very limited (horde/SP is pretty much the only viable options, with horde being the much better of the two)

Hopefully, given that OP4 is yet another season delayed as both OP2 &3 were, and given the current state of the Gears community, I sincerely hope OP4 takes this game to a new level.

I expect it to be the same old stuff, a long tour of duty cramped with mostly skins and filler content, with the best content placed at the end of the tour. Probably 2 or 3 new characters each (locust/cog), and maybe 2 new maps that will most likely be remasters from older games.

I expect the worst bc TC has really underachieved with this game this far.

What we really want?

Gears 3 bearded Dom. We have waited long enough. Include the classic Dom skin in the TOD, as well as a store variant that could be commando Dom. 30k xp/500iron to unlock.

Paduk campaign skin. The fact that this was left out at launch along with half the other campaign skins is awful.

Gabe diaz. And maybe one of the other cog heros apart of that story. Great win win to entice players to try Gears Tactics.

Locust Grenadier. With many skins like Flamer, Elite, and savage variants to potentially include.

Uukon…although I think another great idea for a bundle in the future would be Locust leaders pack including Sraak, Karn, Skorge, Uukon etc.

We NEED these bad ■■■ gears tactics characters on gears 5. The desciple and zealot are insane.

Maps- Gridlock, River, Mansion…and if they have any new ones ready to go, we badly new maps.

All in all if TC really pushes the boundaries here, gives us the new ranked system, weapon tuning, and makes a few important tweaks .

As well as introduces 3-4 new cog, 3-4 new locust/swarm and a lot of good skins and weapon camos in the TOD. With as many new maps as possible…Gears5 will be finally refreshed and headed in a much better direction.

It sucks we will hsve to continue to suffer through boredom and the long lack of content in this game for another 2 -3 weeks, through 4th of july with a horrible stale and broken game.

And like I initially said I doubt TC goes above and beyond and gives us a lot of new characters, maps and content. Given their poor track record I expect the bare minimum.