I’m an european with an average of 50ms of ping and experiencing too many lag deaths and hits not being registered. Sometimes it feels better, sometimes worse, I don’t know if something just works better or worse depending on the match. 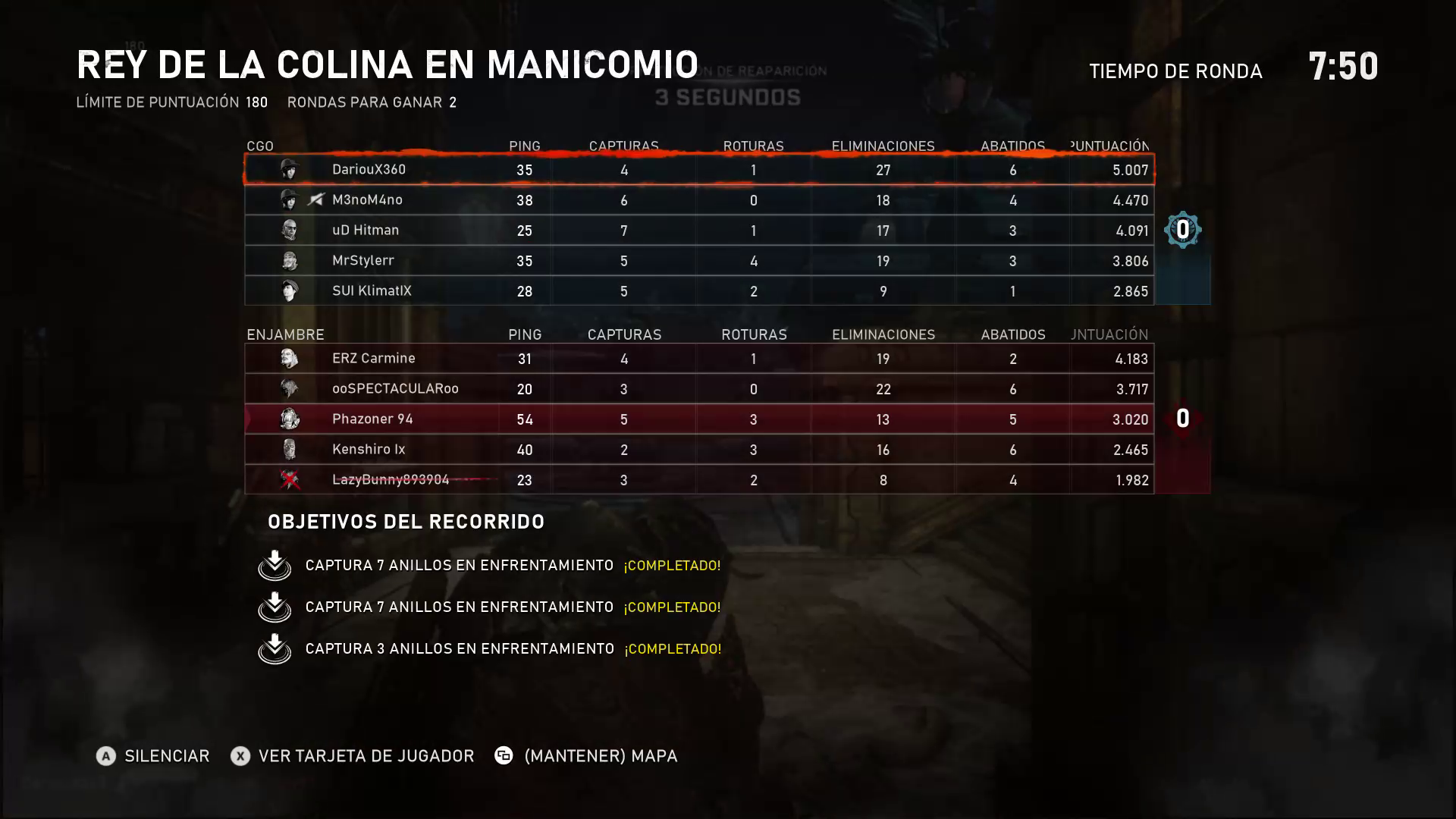 Here’s may be the last frame before shooting. Maybe the shot was made in the next as the game is running at 60FPS and GameDVR records at 30FPS: 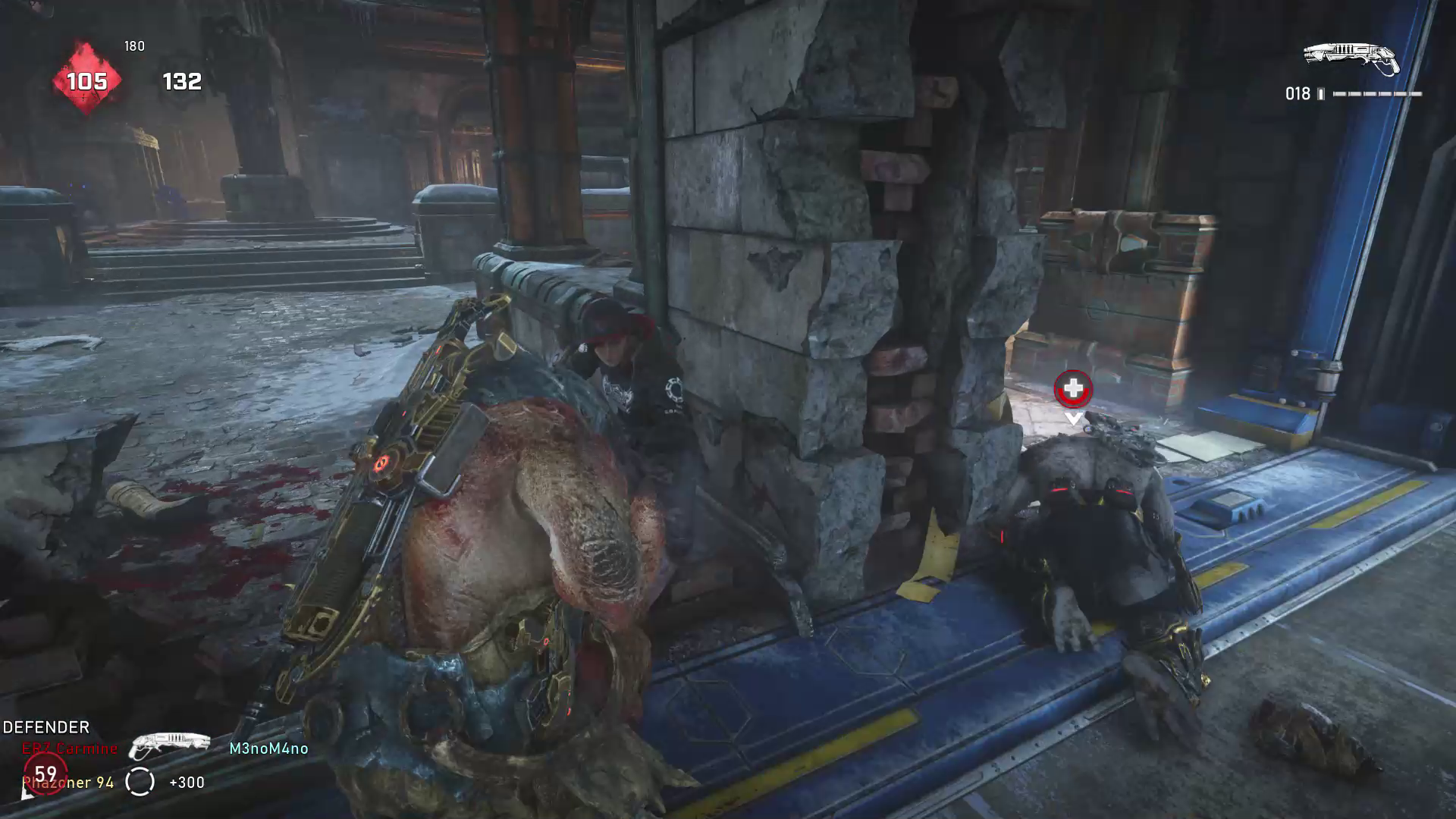 Here’s the hit. Let’s assume this is the first frame. This guy is done. 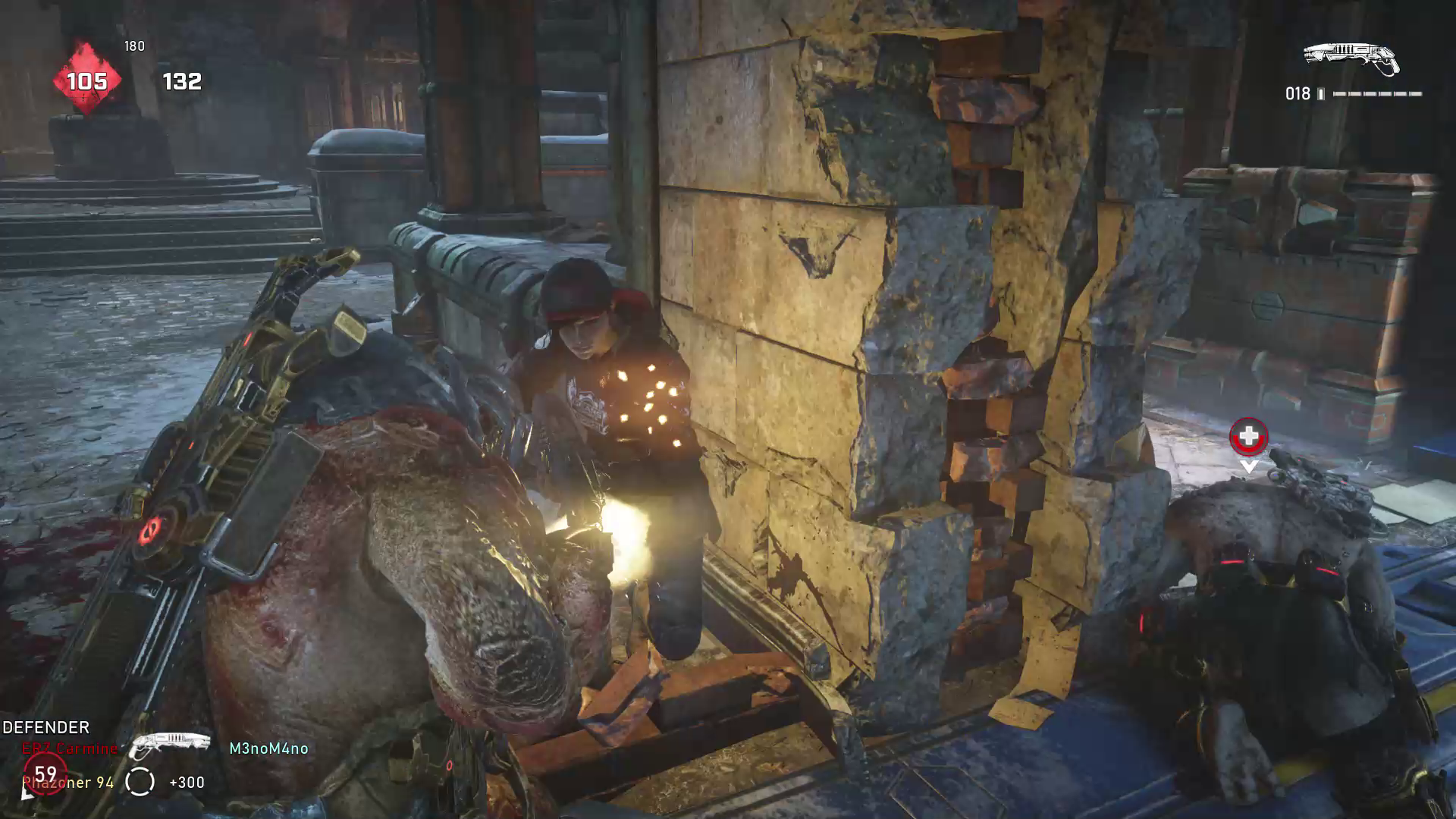 33.3ms later, this is the third frame. Right now I’m like “Oh no, this isn’t happening again”. In this fraction of a second, I’m still asuming that the server still hadn’t time to get the hit. 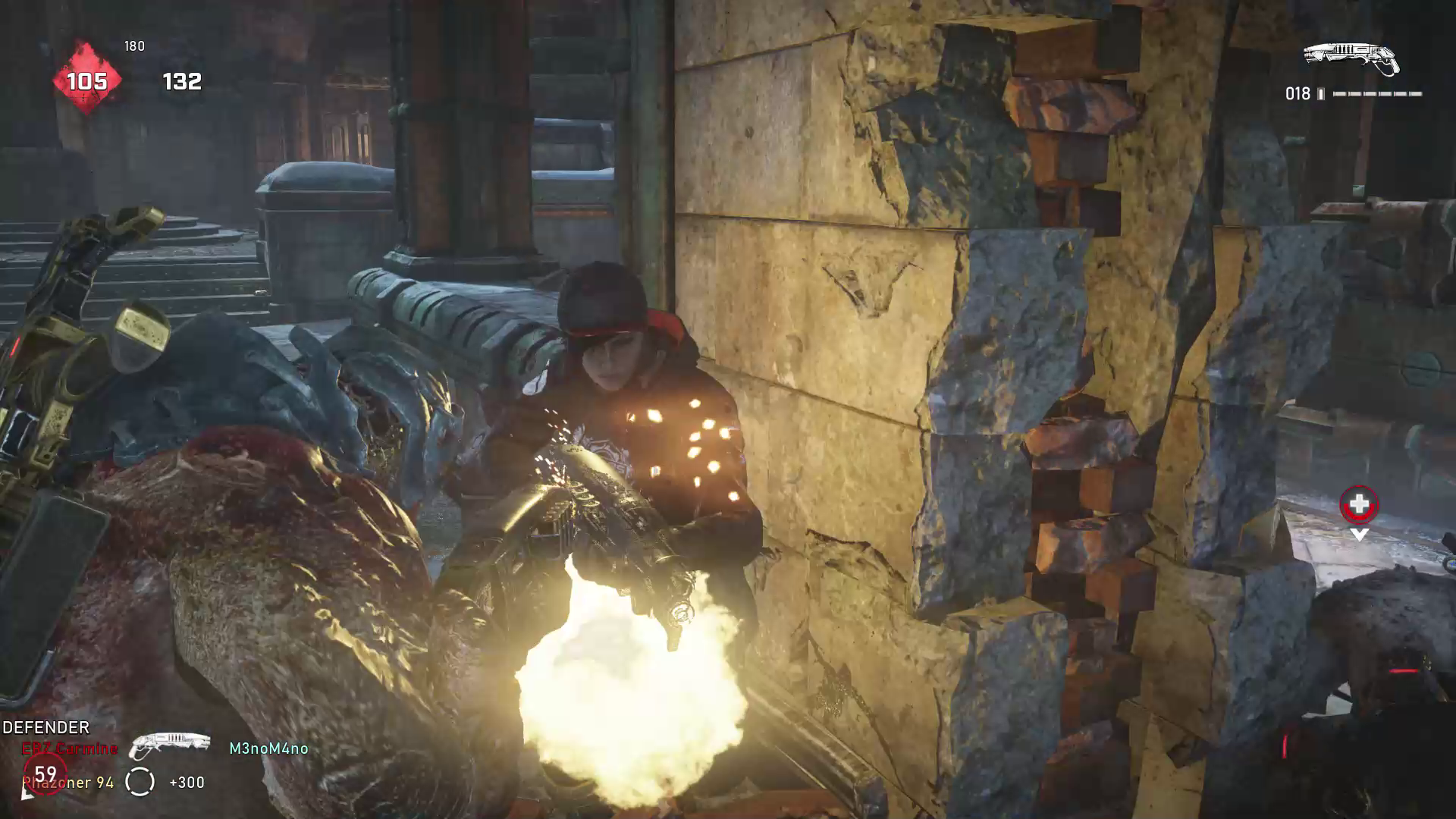 66.6ms later, this guy is still alive,and my anus is shrinking very, very fast. At this point the info of the hit should have arrived to the server. He should be dead, but ok, there’s a 54ms more in the way back from the server to me. My console has lived at least three frames at this point sending information to the server, information that says that I have totally destroyed this guy. 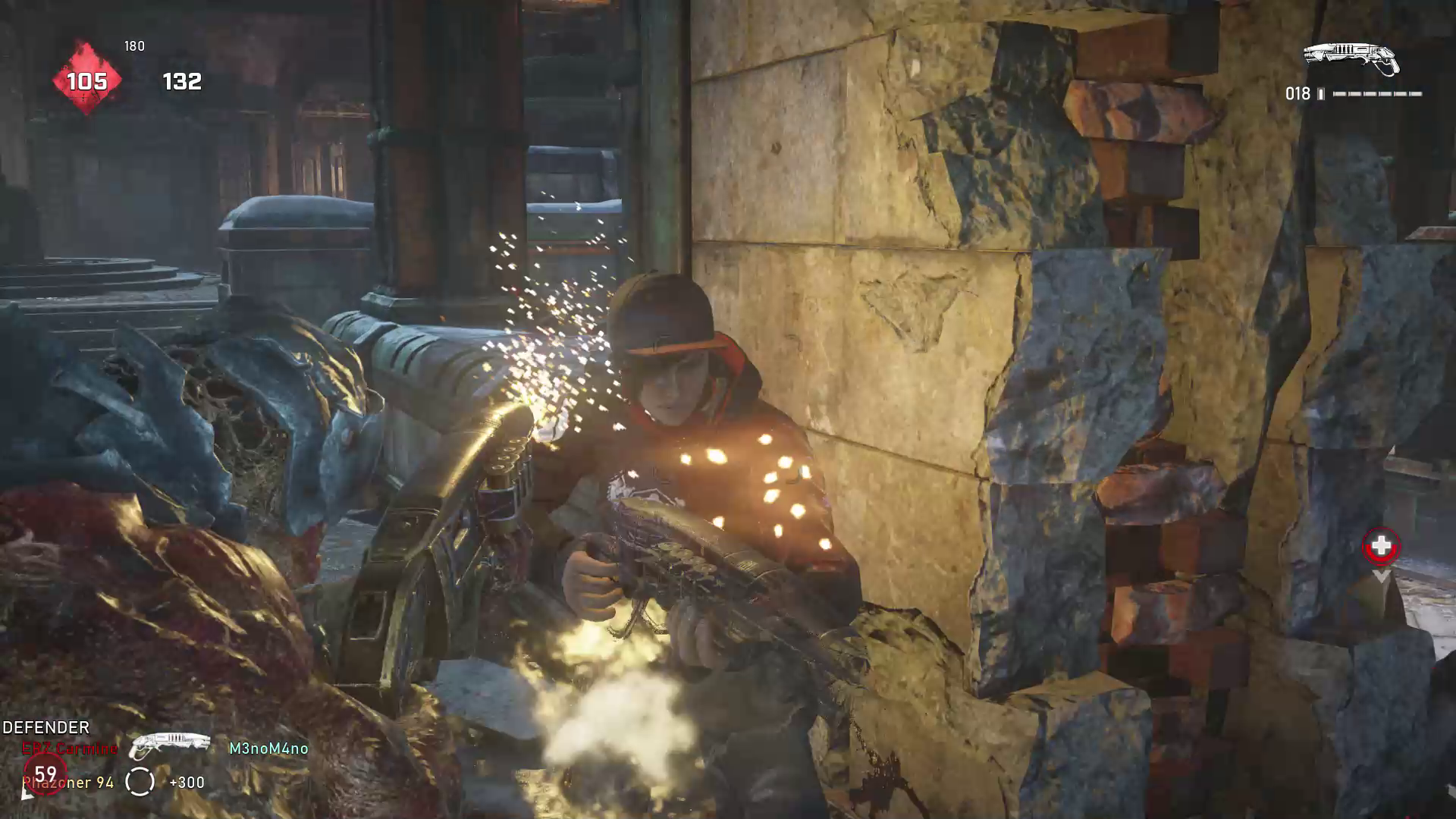 In the most favouring situation to the servers, 83.3ms later, I’m dead, 6 frames after hitting the enemy, and at least around 30ms after the server should have received how did I destroy this guy in my console. But guess what: He is unharmed. 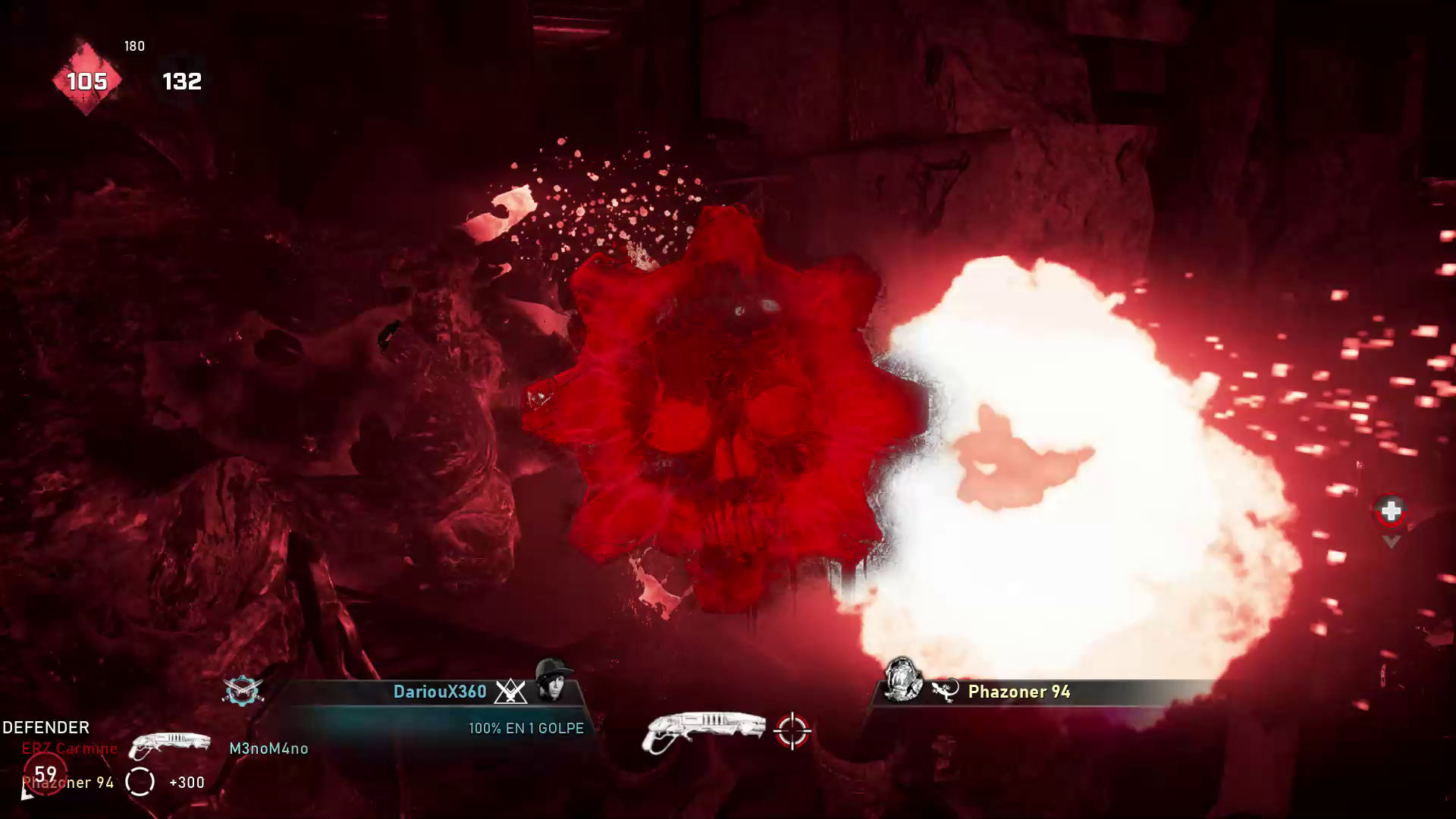 I mean, sometimes in this game both of the shooters die. It’s OK, as internet connection isn’t immediate. But man, I’ve played tons of hours since Gears 3 in multiplayer. In the Xbox 360. Via Wifi. Via ADSL. From Spain (at least 90ms ping). And weird stuff wasn’t this common. Which is the reason of even playing at 60FPS if then stuff like this will happen anyway. How low is the tickrate. Why sometimes we are both dead but others this clear I am just wanting to uninstall the game and forget it forever.

This game is nothing but laggy BS.

I cant tell you how many times I’ve aimed to popshot and shot the gnasher at someone, and got chunked. Yet on the killcam, it doesnt even show me lift my gun, let alone ever shoot it.

This crap did not happen in gears 4. So for it to happen in their new game is a complete and utter joke.

100% this. Gears 4 multiplayer, as much as a lot of people complained about it, was better out of the gate than this. Gears 5 is horrible right now, I don’t remember ever being so dissatisfied with a Gears Multiplayer this quickly. I played Gears 4 for a good year and a half straight before I started getting really tired of it and trailing off.

With this one i’m done only after a couple of months. Not a good sign, TC.