Poll: Is Lizzie a smokeshow or a No Go under that helmet?

I tend to think smokeshow. Would be disappointed if she was no no-no go. She cant be hotter than Sam though. That one makes my blood flow. I wanna know what you think Bro.

She cant be hotter than Sam though

But to answer your question, yeah im sure shes attractive under her helmet.

Well who doesnt like her? I prefer Anya though, I like her backstory a bit better than Sam.

@grey_mineman Brother…im picking up what your putting down. Civilian Anya is where its at. I dig the messier look. Just pull that hair back in a pony tail. No need to spend a bunch of time styling it. Also Chrome Steel Anya > Black Steel.

The real question is, does it really matter? Unless it’s a Carmine that ‘breaks the mold’, we’re never seeing their faces, and in that case it’d likely not be someone born as a Carmine.

and in that case it’d likely not be someone born as a Carmine.

I reckon if you marry into the Carmine family, part of the wedding vow is to wear a helmet for the rest of your life.

@AmicableWall421 Brother. Ya know…you dont have to be so serious all the time… im not gonna judge
@Bleeding_Pepper it has to stink under those things. Cant ever wash your face, hair…cant brush your teeth. Etc etc

My idea was more that of an adopted child that doesn’t turn out much like the other Carmines.

TC’s never gonna do anything to change the Carmies because people cry that their boring and dead running joke is ruined and they don’t take the Carmines seriously as actual characters, though.

What else do you want me to do? Roast TC for their awful treatment of Lizzie in the story as a disposable joke?

@AmicableWall421 i like the Catmines. The gears community.as a whole cries about anything and everything. They want innovation. Change. Then when things change they scream at TC for screwing with the game and changing things. and blah bla blah. Never ever satisfied.
I just wanted you to say whether you thought she was hot or not. Maybe give me a reason she keeps her helmet on. Got a lazy eye or something

Maybe give me a reason she keeps her helmet on

Not getting headshotted by small calibre rifles like the Hammerburst? I mean, that’s usually what helmets are for… the purpose TC uses them and other face coverings for is probably an entirely different one.

@AmicableWall421 Are you like this at parties? Do you tell people its stipud to funnel a beer bc it comes in a can that you can drink it out of.

No, I just don’t go to parties. And this is a stupid idea, to be blunt about it. No one cares why someone wears a helmet, or tries to make up stupid reasons for it in an attempt to look funnt.

@AmicableWall421 perfect. I almost edited my response bc I realized right after I posted it that you probably think beer and parties are dumb too. Ya know, Im just f’ing with you. Again. Not trying to be serious. I mean no disrespect. I didnt fight on E day. I forget how shellshocked some of you guys are. Out of respect ill withdraw my post.

I’d love for her to have Kim’s face.

Just to see who would know why. 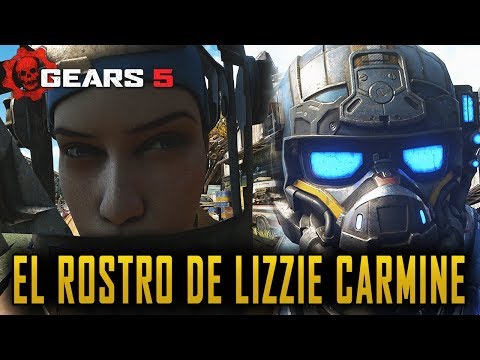 I’d say neither nor

Probably used her as a base model since they already have mocap and facial scans of her.

Does she actually look like Kait, though? I can’t decide.

To me she looks more like Reyna. If you imagine her with Reyna’s hairdo.