Actually bit the massive bullet (slightly smaller in the US tho) and bought a PS5 for my birthday today. And while some games may be neat, God of War, Shadow of the Colossus, etc…

Been looking for Gears of War, even Judgement at the worst and I am displeased to say I can’t find them anywhere on the PS store, it just keeps trying to get me to buy God of War 3. Worst console I own, for sure after this.

Mildly amusing. Though I’m not actually sure whether the ‘GOW’ acronym really belongs to one or the other franchise.

Reminds me of when I hear people say “yeah they showed some GoW at the gameshow today” and my mind actually believes its our GoW for a split second, only to be immediately reminded of that melon headed cornball.

Kratos is cool jokes aside.

belongs to one or the other

At one point in 2012 I was playing Gears 3 Beast mode with a friend. An hour or so later we switched to Black Ops. Another hour or so I asked him “Gow?” (because we didn’t use party chat) and I got the message back,

So at least in 2012 even after just playing Gears 3 my buddy assumed GOW meant God of War, which just sorta cemented Gears as the more niche title in my mind.

reminded of that melon headed cornball.

PlayStation literally the vastly superior console unless you happen to like Halo/GoW. Even multiplatform titles like CoD/Fifa/ESO (prior to PS/Xbox being able to play together) where it shouldn’t matter, PS has vastly more players to play against which improves your experience in various ways.

Why the hell would you even mention the PS5 here never mind waste your birthday money on it?! Of course it’s a damn disappointment.

Disgusting behaviour, I expected better from you.

I mean God of War is a cool guy, he kills gods and doesn’t afraid of anything.

waste your birthday money on it?

Don’t worry… don’t worry. Also bought a massive LEGO spaceship for me and my girlfriend. Still Human down there.

I’m really annoyed it isn’t backwards compatible like on Xbox, I didn’t want to shill out for a 5 and a 3…

Enjoy your PS5 Sony pony. Us Xbots will be over her playing the real GOW

You haven’t been on in literal months.

The only buddy I really play with is on PS, we just played Apex thought because it’s crossplay so I figured why not?
But to be clear I still have two functional Xboxes.

One for the living room.
PS5 for my desk.
Another Xbox in the bathroom.
And the old gen-1 360 in the closet.

You haven’t been on in literal months.

My work/life balance is shot. Haven’t had the time or motivation to get on. Plus disconnecting for awhile has been kinda good to an extent.

One for the living room.
PS5 for my desk.
Another Xbox in the bathroom.
And the old gen-1 360 in the closet.

In the bathroom? Damn, you’re living the high life. Got a console in every room huh?

Got a console in every room huh?

I gotta make the 400 SqFt work for me somehow. 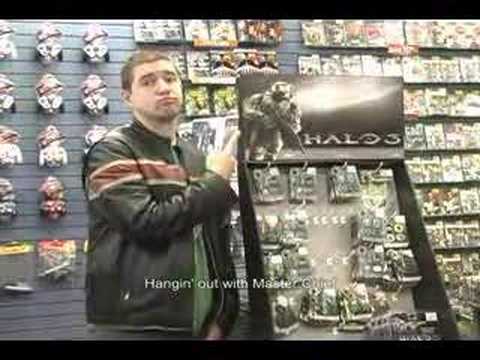