I need help, for the Black Steel skins, i watching the esports pro league and the weekend games, i AND claim the rewards but i still haven’t received anything.

That’s too bad because TC or whoever is in charge of Esports doesn’t provide support for stream-skins anymore. Allegedly they dropped it because people abused it when they didn’t actually claimed skins.

¿Really? But i have evidence that i have seen the streaming.

Allegedly they dropped it because people abused it when they didn’t actually claimed skins.

In what world do people accept this as a reasonable response and action. I am not shocked at how TC is being run but I am shocked people are not being fired left right and center. Like I don’t want anyone to get fired but like my old Boss used to tell me “Do the job or ill get someone who can” He was a real dbag lol but he got results.

Anyway OP send a ticket in or call Microsoft up and tell them a developer of theirs is not honoring agreements. Might get you somewhere and it might not but there is litterally nothing else that can be done.

In what world do people accept this as a reasonable response and action.

What else are you supposed to do? TC makes terrible decision and provides terrible support. Big suprise.

And if you ask Sera or Kilo they just point at UG or whatever they’re called and blame them.

Also; I deleted part of my original response. I’m gonna send you a PM.

@AssassinOrus your screenshots only prove that you watched the points-streams, not that you claimed these 2 skins.

I got mine so maybe you didn’t press the claim button?

What else are you supposed to do? TC makes terrible decision and provides terrible support. Big suprise.

Oh just in case my comment wasn’t directed at you and if you got that already than awesome lol. Its just madness that TC go “hey people are making fake claims so lets just abandon this” and think that it is an acceptable approach. Who are these people lol.

Hey the overkill and enforcer will probably be a championship reward like the team phantom enforcer and overkill awhile back…as they aren’t on this list they posted on twitter. 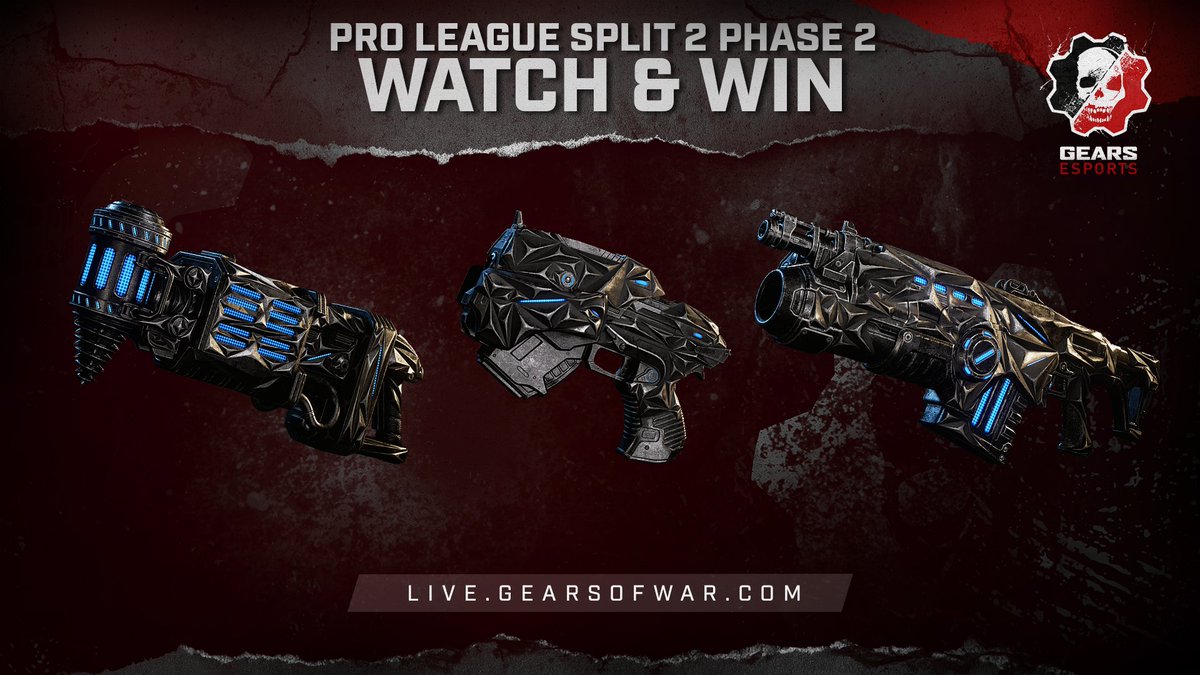 They were available during the stream 20 days ago.

Yes, I did press it, and I already saw that other players have it, but they haven’t given me them, for 2 weeks. I don’t think it depends on the internet browser (Microsoft Edge), does it?

Ok I wasn’t sure

You would need a screenshot from that stream where the claim button is pressed and your username in the top right is visible for each skin.

If you have those screenshots you can PM them to me, but I make no promises I can get it resolved.

Unfortunately the official line is that there is no individual support for Esports skins, via ticket system, discord twitter, reddit or forums, with that in mind I must reluctantly close the thread.

Please note that due to the significant volume of erroneous claims and similar instances of system abuse we are no longer providing support for missing promotional Esports Watch & Win content.

Giveaway items that failed due to server or live site issues will be entitled to all users who were logged in while the Quest was active, otherwise users are expected to complete the Quests and/or acquire points to receive items as explained on the respective Watch & Win pages.

Please note that due to the significant volume of erroneous claims and similar instances of system abuse we are no longer providing support for missing promotional Esports Watch & Win content.