Origin of Wretches and Brumaks

Having just completed Gears 5 I have begun to analyze the affects of the title on the greater lore. Firstly during my play through , I noticed that not all the vats in Niles’ lab contained typical Sires. One vat contains what appears to be a fat deformed female Sire and another was the one that caught my interest. One vat in Nile’s lab appears to contain a Wretch.

I now speculate that wretches were either created by Niles through his experiments and wretches are either of human origin or non-human primate origin. Alternatively, the wretches could have been native to the hallow, and it was wretch DNA that was spliced with Sire DNA to create Locust?

Lastly, the Brumak, another creature that was implied to be a mutant ape could also have been created by Niles? Brumaks underwent a crystallization process just like Locust Drones after the imulsion counter weapon was used. As of yet no other beasts from the Locust horde crystallized. Thus, I can assume that Locust and Brumaks are related.

Wretches are very similar to juvies so I assume that their is some link to them. If juvies evolve into swarm drones, or transform into Imagos as we saw in Gears 4, i would assume that there’s some link tonwrerches evolving into drones. Or they could be failed sires, as you saw in New Hope, as you said.

Regarding brumaks, they don’t address it as far as I know but I don’t think there’s any way Niles bees them simply because they’re too big? There are plenty of other things we’ve fought that can only be assumed to be natives of the hollow, and in some cases tamed by the locust, as the brumaks were. Example, corpsers. You’ve also got the riftworm, which is native. And the leviathan (fought in gow2, and lambert leviathan in GoW3), the kraken in Gears 5, whatever the eff that thing was at the end of 4.

I think that Brumak DNA was used in the creation of Locust Drones. Maybe Wretch DNA, too. Later, the Locust bred Brumaks to be even bigger, and bigger, until they were war machines.

Doesn’t make sense honestly, your timeline is off. Drones were the result of mixing imulsion miners children’s DNA with the indigenous hollow creatures. The matriarch was made by splicing Myrrah’s DNA with the Sires.

Drones weren’t made from Brumaks, those were genetically modified apes. Wretches were merely weak and feeble locust drones that had issues for one reason or another

It’s really hard to explain or even theorize the origin of the locust, bc Epic games, Karen Travis and now TC has changed it over the years. In the original game the Berserker produced all of the locust and was the only female locust. In Gears of War 2 the sires were revealed to be the original and also the Queen was a locust/human hybrid and she was the original locust supposedly. In gears of war 3 she was changed to 100% human. In the books written by Karen Travis iirc correctly the locust were around for a long time in mount kadar, Marcus’ mother traveled to mount Kadar to research the creatures their and were killed by the locust. The sirens and queen were simply human/locust hybrid. In Gears of War 4 it is now indicated that locust are simply mutated humans…which is kind of lame imo. But to answer the OP I believe the Brumaks and Wretches came from the beserker which can spawn any locust.

In Gears of War 4 it is now indicated that locust are simply mutated humans…which is kind of lame imo.

No, Swarm Drones are mature Juvies, which are mutated humans.
Locust/Scions are the creation of spliced genes from Myrrah and the Sires.

But to answer the OP I believe the Brumaks and Wretches came from the beserker which can spawn any locust.

I think you’re wrong here too, The Versus map Exhibit makes it seem very much like those creatures (Brumaks, wretches, tickers, corpsers, presumably things like bloodmounts as well) are creatures native to Sera that would have been domesticated by the Locust.

Niles said he used Myrrah’s stem cells, Sire DNA, and genetic material from Hollows creatures. Since Brumaks later mutated much like Sires (with crystals on their heads) that implies a genetic link between Locust Drones and Brumaks.

The Locust did go on to genetically manipulate Brumaks. We see that in the “Rise of RAAM” comic, where they’ve started to mount helmets on Corpsers and Brumaks, and the Kantus responsible for these advancements is performing genetic experiments. Presumably, that Kantus also created the Ragers. He’s probably the villain mentioned in promotional material for Gears: Tactics. 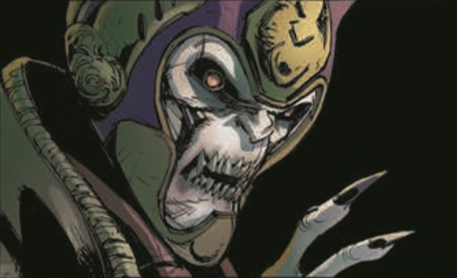 We can only speculate as to the true origins of the Wretches, because they are innumerable. There are so many of them that they remained a staple of the Locust army, despite hundreds of thousands of them turning Lambent. (again, as seen in Rise of RAAM)

We see one specimen in the secret facility that looks sort of like a Wretch. Could be the original Wretch. We’re all fairly sure that Boomers are just Drones born with the equivalent of Down syndrome. So Wretches could be failed Drones that are born all the time.

But more likely than that is the possibility that Wretch DNA was used in the creation of Drones, using Myrrah’s stem cells and Sire DNA. This would create a Wretch-like hybrid, before the process was perfected (perhaps they moved on to using exclusively Brumak DNA, or a combination).

That’s why I think Wretches are native creatures that aren’t born from Berserkers.

Drones were the result of miners children dna, myrrah mainly and indigenous creatures. Not Brumaks. They came after drones

The matriarch was myrrah plus sires.

The matriarch was myrrah plus sires.

Oh yeah, I forgot about that. The Matriarch subsequently gave birth to the original berserkers and drones.

But there is zero evidence that Brumaks “came after” the drones. They were bred (not created) from smaller, native apes, and Seran apes underground would just look like small Brumaks. I mean, have you seen what Seran sharks look like? Not to mention the museum map in Gears 5 shows a naked Brumak that’s slightly smaller than any Brumak model we’ve seen before.

And that’s why I hypothesize that the smaller, original Brumaks were the “indigenous creatures” used to perfect the Locust. The shoe fits.

They told us in past games the locust created Brumaks from apes. That literally means there had to be locust before brumaks, Brumaks are hybrids.

However if your implying whatever apes were cross bred with to create Brumaks were also crossed with the miners kids, that’s a distinct possibility. But the Brumaks itself isn’t natural, it’s a locust creation. They excelled at organic engineering

Like I said, “smaller, native apes” on Sera, especially those underground, aren’t going to look anything like Earth apes.

This is a normal Seran shark:

This is a normal Brumak: 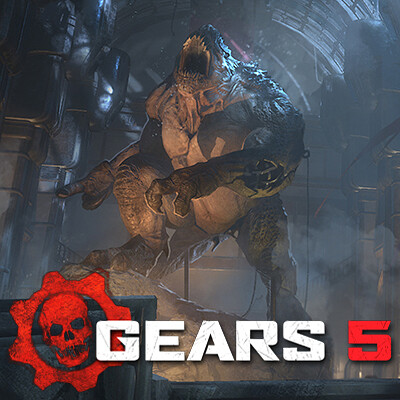 This is a Brumak after 25 years of meth: 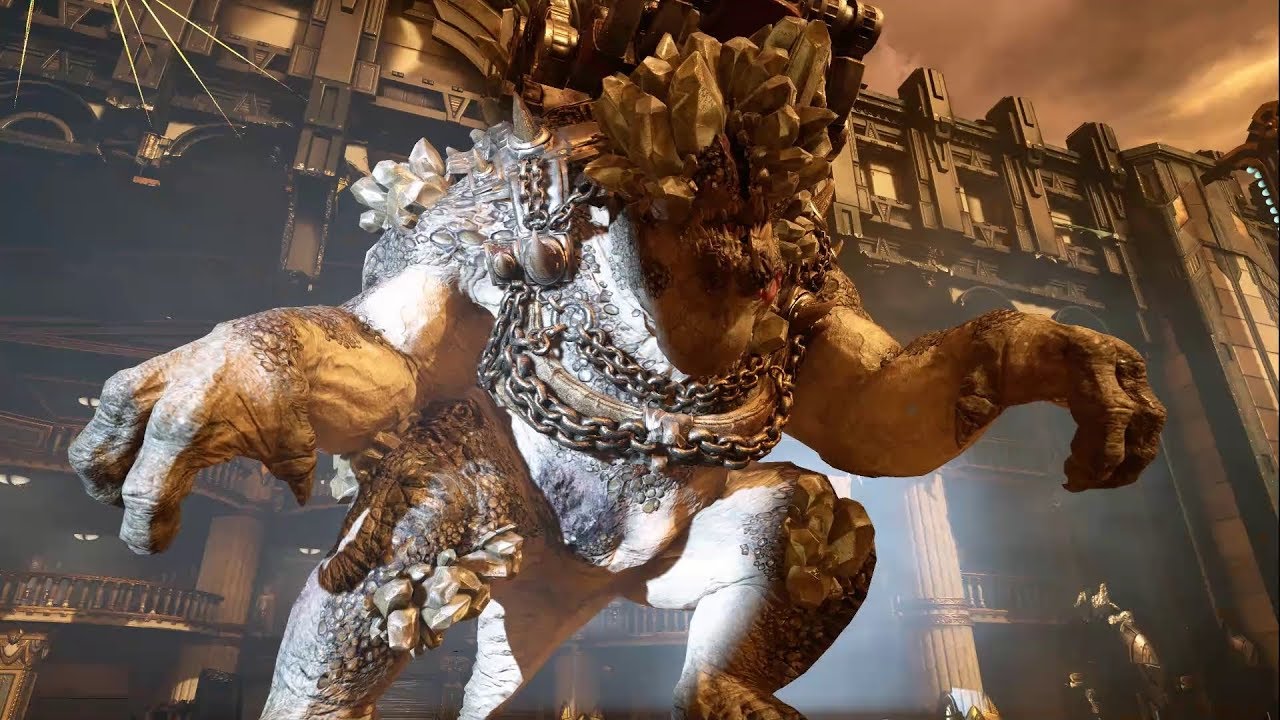 The Coalition wouldn’t make a brand new Brumak model for Exhibit unless they’re trying to imply something. After all, they modeled the Gears Ultimate version of the Brumak with its guns separate, just like Epic did back in the day.

Managed to find a rip of the “naked” Brumak made for Gears Ultimate and Gears 4. This was never officially released, but the model was in the files. Here it is.

I’ll link the Exhibit Brumak again so you can compare just how beefier this bad boy is. (you’ll have to account for image size difference, but the muscles and fat are clearly different)

Looking at this again, am I the baddies?

Not sure. I have been wrong about character models in the past. I used to think Gears 3 Dom had a different face than Gears 2 Dom. But then I saw the grayscale models, and learned how the lighting changed across the two games.