I think that the problem is the 2+ hours to finish 1 to 50 and how much time you will spend waiting for a full team (Before this announcement, I spent 3 days trying to complete Regency on frenzy. First, no one likes that map for horde, and we lose between wave 3 and 6)

Also, with these new achievements more players who maybe don’t play a lot of horde/escape will be willing to join master runs.

I spent 3 days trying to complete Regency on frenzy. First, no one likes that map for horde, and we lose between wave 3 and 6)

I haven’t attempted some of the maps

Also, with these new achievements more players who maybe don’t play a lot of horde/escape will be willing to join master runs.

Regency, River and Gridlock were the maps when no one joined, but Regency takes the prize of the least liked map of those 3.

Pahanu is another, but I had the luck to complete it on frenzy and 1-50 the month when it was released.

Just want to be sure I am reading this right, we need to Master every horde map twice, once in 50-wave, and once in Frenzy, correct?

Assuming they track correctly otherwise who knows how many runs it’ll take.

Agreed, so dumb. They should correct that but only beating the 50 waves, that way needs effort but fairly

Can we get a dedicated tracker for Seriously 5.0 chapter 2 with a checklist style list.
As we all know Xbox tracker sometimes doesn’t want to update.

I just respond to your topic only because in your post you said that boost is only purchased with real money, but there are Iron on the ToD. I bought 30 days with the free-iron on ToD, and just for this new operation I have the iron to “buy” 30 days again.

I know that you wouldn’t read this, but it’s for the other players who maybe forgot about iron on ToD.

Also, sad to know that a fellow Gears achiever is leaving, but I understand why you do it and I said thanks for your guide on TA about Gears POP! and good luck grinding in other games

Don’t forget though, boost was MUCH more expensive at launch.

Gears 5 sells XP boosts for iron, a premium currency that can be purchased with real money.

I feel the same sadly.

Gonna wrap up Gears 5 and stick to other games.

Good luck with your future games.

Thanks, I just forgot about that.

Like some kind of a War Journal from Gears 3/Judgment ? 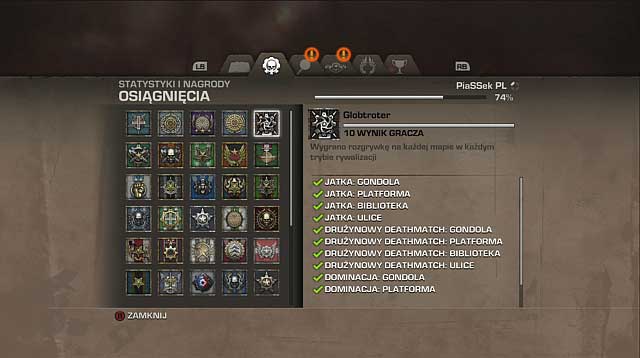 (Sorry for the bad image, but could not find another).

Can we get a dedicated tracker for Seriously 5.0 chapter 2 with a checklist style list.

Couldn’t have put it better myself. That blog post hurts, because I feel your pain.

I know you probably won’t see this, but goodbye, and good luck. You have been a great help to this community. I completely understand your point of view and support it.

It’s not so hard to track you can see what you already mastered and what not… Except Campaign Chapters which sucks because it’s the only thing I need for 5.0 chapter 2 and I don’t know which I skipped on inconceivable guess I have to do the whole campaign again

Did you do/get the “That’s Inconceivable!” achievement? That’s for completing the campaign on Incon. So if you have that, you should be good for Seriously Ch2

No I didn’t really grind for it this kind of campaign achievements I always do last.
Because in gears 4 I did it at the beginning and later they released an higher difficulty achievement and I had to do it all again. It’s not that I can’t do it 2x but it feels a bit boring doing camping again and again