Not sure if the team is aware of this issue but the “Stats” page is showing me 0.00% on most “Modes” Escape/Horde/Versus . It’s also saying I didn’t complete any “Escape master” Map’s when Ive done them on Master several time’s. Is the team aware of this stats page bug in-game. It also says 99.99% DLC with time played 0:00. Stat’s page in-game seem’s to be messed up. Just bringing this to your attention. 0 time played in most mode’s and I have logged 47+ Day’s on Gears 5.

As in the Feedback thread.

Not a big deal but in hives like venom run it costs you a few valuable seconds.

Are you aware of the Infiltrator bleed bug with the Laceration card? If not I have a gallery of clips where I get odd bleed values on enemies (the most common being the 3000 damage with the initial shot and 275 bleed damage).

About The Horde Tile Event, it sometimes locks player’s Everything, which cannot move ( Cannot change the Character & Class & Cards) after some players Join.

The daily challenge for damage in Versus was not actually changed, this is a screenshot from today:

This one isn’t really caused by OP7 because it’s been in the game since launch but I’m so desperate in trying to get it heard so it can finally get fixed as my support ticket on it apparently got ignored or never reached anyone.

Some sources of external healing from skill cards or passives do not work at all when a player is already regenerating their health normally. This is especially noticeable by a Jack in Horde trying to heal beam someone with Regen Penalty enabled.

I demonstrated the issue on AI Soldiers but it’s 100% reproducible every time on players in a normal match as well. I also think most skill cards that give health after certain actions or even passives can be affected by this.

Sorry @Imstifucan you elaborate on this, perhaps include a screenshot?

God I hope they fix Marcus’s leg armor and the Theron’s they already fixed vold RAAM and anyone who’s has the same armor as Marcus doesn’t bend by the shins.

Can you get a clearer image please, and I presume you’ve submitted a ticket for this and included a clear image?
Thanks.

I may try a Screenshot if I am encountered this problem against.

To elaborate more clearly, the consequences are below：

These are the pictures I have right now but if they aren’t clear I can take some later and yes I’ve submitted a ticket but it was a while ago. 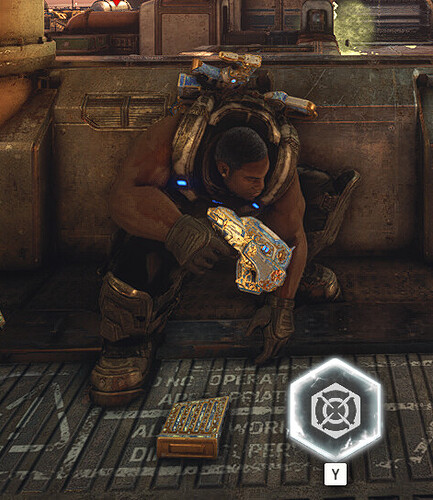 Mechanic’s Turret Ultimate causes a brief freeze of game for all players when summoned.

Yes I’ve noticed this but another issue with the Turret is it also seems to not bleed unless the player is off the turret after firing.

It shows the 675 base damage with bleed damage indicator (like the red raindrop symbol) but not ACTUALLY bleeding the enemy until the user gets off the turret. Not to mention whether the turret actually bleeds the proper 30% per tick - which is hard to tell bc there’s no damage numbers from the bleeding itself. Look into this?

Tagging Michael’s a good shout, @tc_michaelaos, I have no doubt he’ll look into it when he can

As a note about the modes that I listed as "only allows 4 players per team…
I understand that online these are 4v4 modes. There’s no reason to limit them in private though. People can lock slots if they so desire. By locking the slots, it just creates modes that we’re now unable to play with our friends when we’re doing private lobbies. On a similar note, Escalation is now 4v4 (I think), but private still allows 5v5.
…and as a bonus note, that point about those modes now being unplayable in private with a full lobby - even if not balanced enough for online IF you’re somehow able to make make private FFA allow 10 people on normal maps (even if unbalanced), it would at least let us play it without 2 people sitting out.

Oh…not sure if these are really bugs, but figured I’d add:

A post was merged into an existing topic: Operation 7 Drop 1 - Complaints

Longe character cringe when near a Snatcher or Carrier as it explodes. Impossible to move for way too long. When playing close quarters character classes it’s extremely detrimental and puts you at risk for being killed. This isn’t new but I’ll throw it in here.

The Frags from trackers do not resupply from Grenade Resupply on Slugger even though they are Frags.
(Every other grenade works with this Resupply perk)

apart from the removal of ranks in a competing shooter(lol) ive been kicked out of the match while being attacked with the scorcher, has happened a few times now which results in a ban.