I think so, tbh ive never waited around for an op trailer to drop but I would assume it would be like a TWIG post in terms of time. heres to hoping its at those times.

Tbf whats the point in them even releasing them now i think about it.

The trailer is only going to have everything we already know. They might show some tour items like they did in the op3 trailer but that was ages ago now and we have not seen a trailer as good as that one since which had the tour rewards in it, showed the general skin, characters and maps. We will never get that kind of op again.

But then the patch notes will likely just include what we were already told in the blogs and in the stream.

I have a feeling there is nothing to see really, not like there will be a major nerf or buff done as i am sure we would have heard about it. Likely will come with mid op drop.

but do you actually want to know whats in the TOD? tbh I can wait one day to see what they have. Im positive Commando Hoffmans in the TOD as they said Hoffman and the Zealot each have a skin. and that leaves 3 other skins to be seen. Op 5 had 5 character skins and my moneys betting on the Op 6 TOD also having just 5 character skins.
There most likely isnt but id still like to watch it.

I can wait as well. This is the thing why waste their time going through the effort of designing and executing a trailer for an op we are getting literally tomorrow. There is nothing really we cant just see for ourselves tomorrow.

idk man… half the time I dont understand their thought process, but heres to hoping they surprise us.

You’ve got your trailer. No patch notes yet.

I don’t watch these. So no opinions on it. 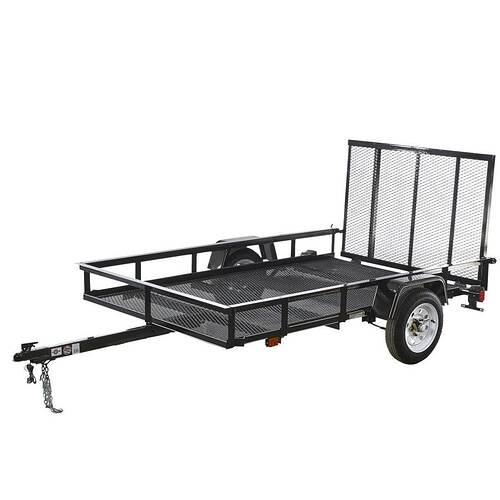 So no new maps, only Speyer!?

Yup… No more maps at launch except Speyer. Which we all know sucks massively. There’s “at least” 1 map and new characters mid drop.

So wishful thinking here by the statement “at least” I’m hoping to god there’s 3 more maps mid drop. But let’s not be surprised if it’s just 1.

Oh, but god forbid the progression system that everyone can complete also awards an universal reward for all modes. No one will ever have thought of that, no, not at all!

Oh well. Probably would have been something I wouldn’t use anyway.

What’s the point of trailer on Monday? Seriously

I can bet it is going to be quite a short trailer.

In the last one they didnt show the tour of duty ranks and rewards.

Because there is little content i can bet they will include it to make the trailer seem longer and better. Kilo said the general skin is i think badass i cant remember exact words something like that but i can bet its a Versus Skin as usual, last pve one was UIR Cosmonaut
Which i believe was op3.

“Welcome to Operation 6 (blank because we have not named this op because it has so little content) introducing Hoffman, Queen Reyna (who we saw for a few seconds in the campaign and that is it, and will likely look so odd as she doesnt have legs in campaign i wonder what they will do about that for versus) Zealot, (Basically a Kantus skin classed as another character). Launching with operation 6 Speyer (not a new map, an old map from gears 4).

There is no point in them mentioning these “Events” they are adding.

They even did it in the same order i predicted lol

To add as well they didnt mention the events, course not there only for 2 weeks why bother

I see what you’re saying. But I feel Locust/Swarm have more opportunities to look better, they have more variety I feel, especially Locust. After all they are the more badass faction in my personal opinion.

I personally was hoping the General would be “Apostate” Skorge skin. Maybe not… hopefully a store item.

Fyi, the UIR Cosmonaut was an Op 4 General reward. Op 3 was the Ronin Kantus.

Doesn’t change that we so far had one weapon skin set(Team Rock), one, ONE COG character skin with the UIR Cosmonaut and what makes now four for the Swarm(Blood Red Speaker, Ronin Kantus, Lambent RAAM, and the apparent “Queen Reyna” skin) as General rewards.

But I was the one who got told to shut up by some forum member when I dared to suggest that more COG skins should be General rewards just because the UIR Cosmonaut was in Op 4.

Gears of War is back, and new series writer Karen Traviss aims to add a little depth to the Colonel Hoffman character, diving into the Pendulum Wars. 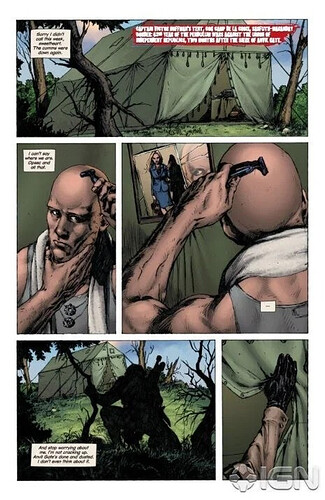 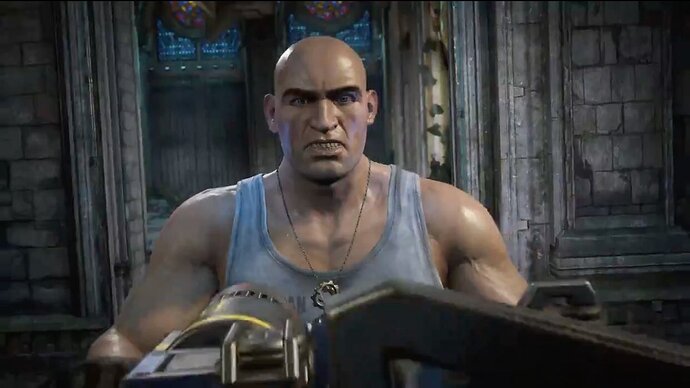