Get eyes on with our huge Horde tuning update coming with Operation 3. 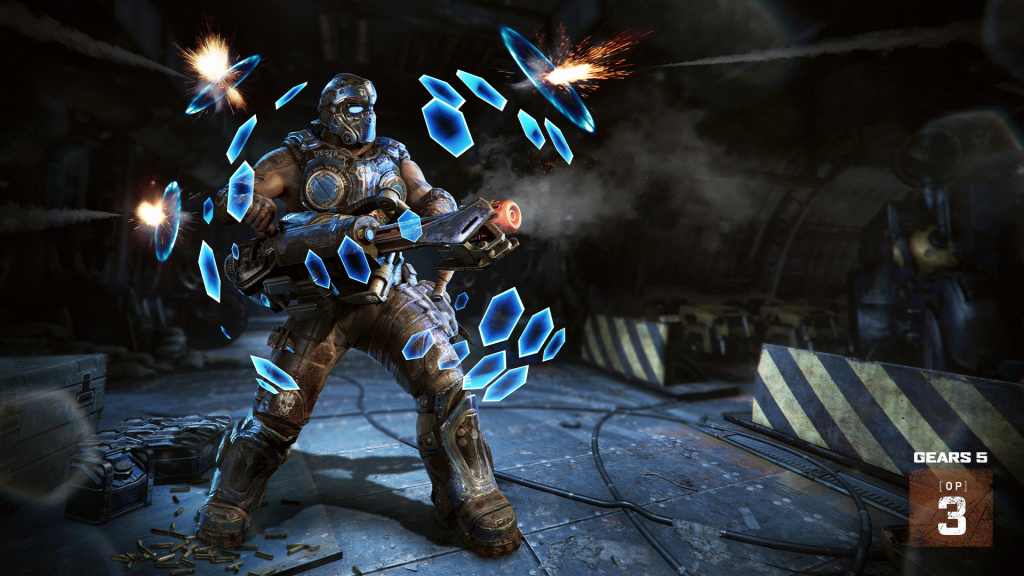 Our team have been working hard on delivering meaningful balance changes and improvements to the Horde experience for the past couple of months, plus continued updates to support the recently added Horde Frenzy.

This is part of our agenda to – moving forward – continually support and update the Horde meta whenever we can. Our overall goal is to make sure the fun factor in Horde is as high as possible, while providing opportunities for Character playstyles to enter the meta by bringing them up rather than other’s down whenever possible.

The 50 wave experience you know and love packed into 12 intense waves – Horde Frenzy is back! Released just a few short weeks ago, Horde Frenzy is a 30 minute version of Horde that lets you play your favorite mode in bitesize format!

Beginning in Operation 3, all maps are now available in Horde Frenzy matchmaking. We’re working on bringing Horde Frenzy to Custom Lobbies as soon as we can too.

Since launch, we’ve been building a picture on the future of Horde based on your feedback and our experience as players.

Our goal with these changes is simple – up the fun factor as we mentioned before, reduce some of the friction in Horde and solve balancing with mostly buffs to players rather than nerfs.

*Note: There are some Escape specific weapon tuning changes that will be included in our full Update notes . All notes below also apply to Escape.

Notes: Baird’s ultimate was a little underwhelming, and it was usually a better idea to continue benefiting from the effects of Bloody Support (bleeding damage when ultimate ready) than to send out the DR-1. Now the DR-1 will provide a burst of damage and protection that is valuable to the team.

Notes: Healing Module could create some awesome moments, but the strength of the card wasn’t in the right place. This change should now offer Keegan the potential to save the team in chaotic situations.

Notes: Mac doesn’t get a lot of opportunities to use his shield, so the precious time he has with it was usually better spent protecting himself while using Bloody Shot . Mac should now feel more comfortable using it in a wider variety of situations, because he’ll get to use it more often.

Reducing the delay on Lethal Barrier prevents quick enemies like Juvies and Leeches from slipping through the shield without taking damage. This also increases the DPS of the card, making it a more viable option.

Notes: Fahz already had an initial round of buffs, but we wanted to push a little further.

Explosive Critical Hit is already difficult to use, because Fahz needs to time his kill when two enemies are very close together. Needing to also time this with his Ultimate was making this card difficult to get value out of.

We’ve completely changed the behavior of Icy Precision, because we felt the value in the previous iteration just wasn’t where it needed to be. The new version should make Fahz a formidable boss killer, and an especially strong counter to the Matriarch.

Notes: JD is very strong in the meta right now, but we know that players are having a lot of fun playing as him. So instead of nerfing the damage, we’ve added a bit of a ramp-up to when JD can achieve his highest damage potential.

Notes: We feel like Lizzie is in a pretty good place, but there wasn’t a lot of room to play with different weapon combinations because the Trishot and Mulcher were usually the best option. We’ve bumped up the other weapons to make them more effective.

Notes: Although some players had found ways to use Blood Drain effectively (and we applaud you) we felt that it wasn’t particularly intuitive to play. The extra ultimate time Kait can now achieve should help give a little more time to return to safety before the Cloak expires.

We’ve resolved a bug where a single pellet would deal the bleeding damage of a full spread when using Laceration. The amount of bleed damage is now based on the amount of pellets hit, but the maximum damage potential is unchanged.

Notes: Helpful Headshots is a cool card in theory, but it was difficult to get consistent value out of it. These changes will help COG Gear keep the team alive longer and fulfill the medic role a little better.

Notes: This change is paired with the increase in power gained from Power Taps.

Jack is clearly the best option when it comes to the amount of power he can generate. This change should take some of the pressure off of Jack to collect all of the power the team needs, and encourage a more well-rounded strategy.

Wait. So this is what we waited SEVEN months for? Wow. Way to underwhelm, TC. You did literally nothing to make the enemies less of a ridiculous pain in the ■■■ and make the off-meta characters in Horde better for Insane and upwards. Not even any mentions of Survivor being moved to a different spot.

Those patch notes on Monday for TU5 better be good.

So. Lizzie gets her mark passive removed even though it was super useful especially if you were solo or the only player left alive in Escape. Now it’s replaced by a lackluster passive that I hardly ever notice makes a difference.

And Fahz gets a somewhat minor buff. Fantastic. Marcus, well, not that noteworthy but I don’t play him so I’ll see what other people think there.

All this “Hero” nonsense just gets worse as more come out, what a mess.

I feel like tweeting to Octus to see what the numbers are for Horde compared to Gears 4 Horde. I mean I already know the answers. 1. I won’t get a response and 2. He will lie and say Horde is at an all time high right now with players.

Yes! Very happy for Marcus and the COG Gear, now I have to wait…

Yes. I like to think that they have a board in their office with a low quality print out, badly attached with sellotape, of all statistics from the official launch day and the title “Live Statistics” above said board.

I really like the Fahz changes and changes to Silverback Salvo. Some nice little changes here and there but Honestly, I was expecting a lot more.

Glad frenzy will be on all maps now. I’m not really disappointed but feeling a little underwhelmed

No more JD’s killing themselves to get more Lancer GL’s.

On paper, these changes sound good. Hopefully it all works out in practice as well! I’m pleased with the Fahz changes. I enjoy playing as a sniper, so these buffs will give Fahz some parity compared to some of the other characters.

He can for more Boomshot until Locker is made.

Say there’s 8 rounds in Boomshot. He can use the last round to suicide and respawn. It’s faster than letting enemy kill him or Exhibit lasers.

And it’ll be easier to deal with Bastions when Juvie wave on Wave 6-8 because no Boomshot Scion spawned yet. It would have been Dropshot Scion.

Was hoping for some changes to Lahni to make her viable in higher difficulties. Ah well.
Most of the changes are good, especially the boss regen one. Some carriers just don’t go away.

Happy about Baird and Fahz changes

Yeah, but the Lancer GL is an altogether different and more powerful weapon, and isn’t dropped by enemies like the Boomshot is so is much rarer. These changes should in theory mean that teams can’t rely on JD quite as much - at least in the early stages. Later on teams should have more than enough money to buy as many as they want, but it would be a gradual thing and JD’s will need to be careful to avoid dying as they’ll lose the GL. Hopefully this will cause a shift in the Horde meta so other characters can shine!

I’m surprised they haven’t introduced any Venom related changes for Horde, So the Hivebusters still have useless Venom cards.

Ikr I was surprised to not see any Lahni changes

I was looking at some of the venom cards and doing changes in my head a few days back.
It’d be nice to change them up so they’re usable in Horde.

Edit:
I was also hoping Keegan would be able to buy the GL.

Aside from that, I’m a bit disappointed that there’s been no decision made on, or mention of whether skill cards will be bumped up to level 6, or whether excess cards will be scrapable yet. Either way, it sounds positive on paper.