Clayton’s back which means so am I ! 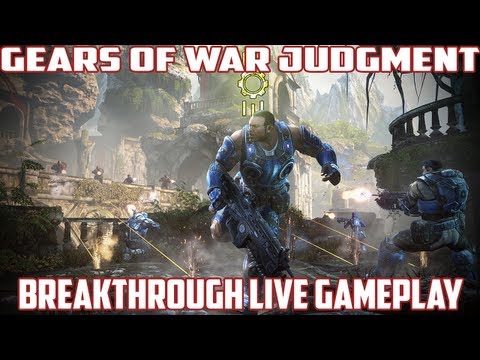 I’m pretty sure there will be a Horde/PvE focus for it. I would think that their Horde “balance pass” is still planned for Operation 3 launch, along with whatever else may come with it.

Exactly right perhaps the Gridiron its a new horde event and its based on thrashball map , that would be nice… very hyped about this

You know it. I am a necessary balance, here to encourage the deluded back to reality during these troubled times for our beloved Franchise as it suffers this recent abomination hell bent on ripping out it’s very soul.

if that’s the case then I’m not interested in any other mode for versus… If its not focused on horde then I don’t see the point.

Wish I could share the excitement… but I’m still mildly annoyed about TCs lack of Lizzie skins and/or their seeming refusal to give her anything other than the lame Hivebuster and Motor Pool skins and that they’re STILL not going to give her anything new next week either. And that I have to still keep busy till all this stuff arrives with Op 3.

Onyx Guard Lizzie! One can dream.

Somehow I suspect that won’t happen. I would have been happy even with just a Winter skin for Lizzie. But they didn’t even manage to do that.

Dont much Care for CTF or Ring modes (Escalation can be fun sometimes though). I’m happy Clayton is finally coming out though. Hopefully a decent amount of maps get added

I think at the end it was a lie from TC that OP3 would be focused on horde, it was on the end focused on something else. they don’t think Horde its worth at all.

at this point I don’t know what could be expected, just like @T0NY_HAYABUSA i do believe its going to be a let down once again.

I’m sorry to say that he’s ment to be Scottish. I’m Scottish and his accent is terrible!

I know. So am I. Agreed! It’s seriously bad, which is mostly the reason for my hatred for him

If was supposed to be Scottish he would of been a knife weilding melee character ffs…plus he doesn’t look like he’s a proper night out the evening before.

I thought the BIG MAC was Irish so its Scottish then ?

Thats yank chow is it not?

Well yeah a mcdonald’s big mac its yank chow… however I’m referring MAC from Gears 5, I called him " THE BIG MAC " . hahahahaa

whenever someone its bad asss In mexico we called him BIG for example instead of saying " the bozzmeister " I called you " THE BIG BOZZ" , meaning that you are bad asss.

Met plenty of them on a night out!