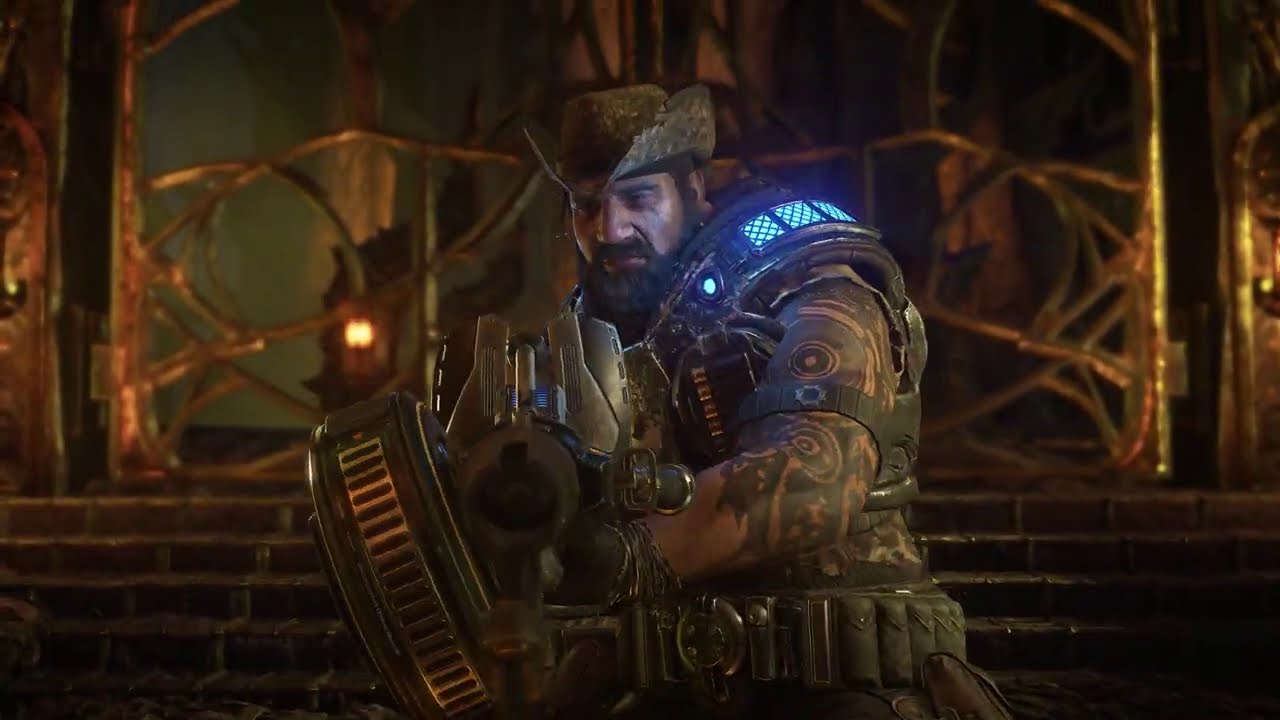 Just dropped a few minutes ago.
Regency, Nexus and River are all newer maps, Gridlock and Clocktower returning from Gears 4.

Basically, plus a better view of that Lambent (Drudge?) and the Theron.

Also I love that trailer music, make it the menu music for this season plz.

Thanks buster I was waiting for this to come out

It’s basically everything we saw in the Teaser and Dev streams + the two new maps so nothing too extra or big. We’ll see the TOD reveal when it launches ig.

I missed you Gridlock, I really did. For about a couple of seconds that is.

Damn, Nexus looks good, I’ll forgive it for making us think it was Ruins for the past week.

@ll_R_E_D_l…you favorite map is back

Well the return of both gridlock and clocktower wasn’t a surprise to me but Nexus and Regency don’t look too bad.

@ll_R_E_D_l…you favorite map is back

I noticed they used they idea of making the Kantus scream an emote so that’s cool. I genuinely can’t wait to try out the newer maps and see how they play on horde as well as open the TOD myself to see what’s up with it.

River looks a little different to say the least I hope it feels relatively the same.

Gridlock/Clocktower are actually good so nice to see them return. Don’t know how to feel about the other 3 maps until I see the layout/weapons.

River, a newer map? Wouldn’t say so in the strict sense given that it technically is like what, 12 years old but never remade? Not really relevant though, just my inner nitpicker going crazy.

Not fancy on Gridlock cause it was already boring to play quickly in Gears 4 PvE. Clocktower… well, probably good for a few matches if they made the spawns be not borked like they were in Gears 4, then it probably is not interesting any further.

Ok ok I admit it I was so wrong about the last two maps, I was just trying to be enthusiastic, I apologise

Guys, there was a Kantus yelling at the end of the trailer, it reminded me the healing and reviving ability Kantuses had in GOW2 /3.
Maybe it’s going to be a new enemy in Horde?

Maybe an emote for Skorge?

Maybe an emote for Skorge?

Shouldn’t that picture be the other way around? I mean, they got @ll_R_E_D_l beat given the inclusion of these maps…

That makes sense, but I really hope it’s not an emote…

It’s an emote. Someone suggested it on stream to Dana

Highly unlikely given all existing Gears 4 ports are effectively 100% copy paste in terms of visuals… although I also barely notice any differences when it comes to the general map and cover layout either with the only notable change being to Reclaimed at the Tri-Shot/Buzzkill spawn having the little gates removed in at least some Vs modes allowing players to jump up there quickly instead of going around.

Bruh.
Weeks ago TC was talking about adding a new enemy or boss to the Horde, please don’t kill my hopes.