Hi guys,
Think almost everyone who has witnessed the voice acting for vermelo and casan can agree with me when I say the Onyx guard skins need their own personal voice acting, the male skin needs to be the guy who got shoulder barged by the the whole of delta squad in the last act of the campaign…

Gears 5 campaign spoilers in video below 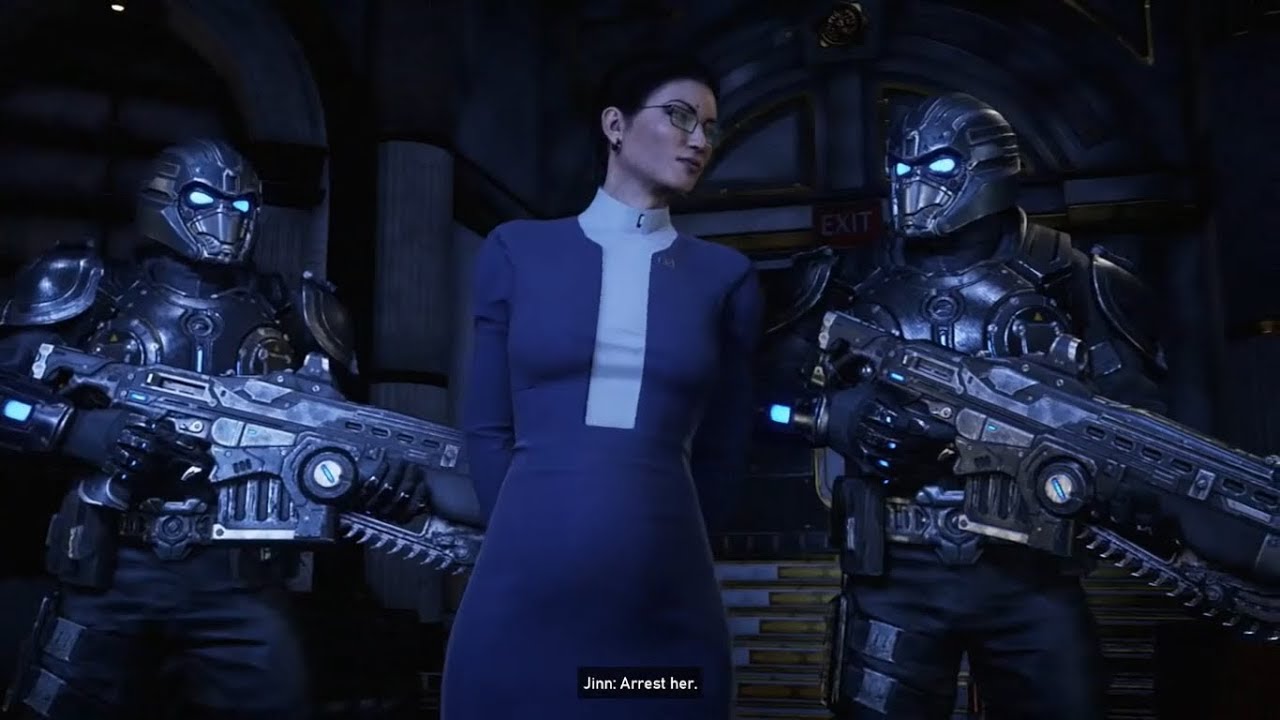 Also, if TC can go to such extreme lengths as to completely change the face of a character thats looked the same since launch…(Until now) I think they could manage scrapping the “Onyx Guard Vermelo” and “Onyx Guard Casan” idea and re-name and re-voice them.

Nothing majorly important, but I thought it was worth the nit pick for those like myself who aren’t completely satisfied with the new onyx guard, don’t get me wrong I personally love the new armor design (OG armor as a skin?) , but the MP skin needs re-voicing ASAP imo.

I don’t think they much care about the Onyx guard, tbh. I think they were only added because the community begged for them since Gears 4. So to them it’s like a favor to the fans just that they were added at all. Now Mac, he’s their baby, so this is why they’re willing to keep updating him, obsessively, be it his cards, his face, throughout the life of Gears 5.

so it makes sense…

I’m saying they should care though, its what the fans want

we play there game and put up with the slow launch, Rods F ups and some people actually buy those meh chrome steel skins they’re selling, I think they could sort something minor like this…

That a pretty abusive way to treat their baby.

I refuse to use Casan because her voice is so damn obnoxious. I personally really enjoy playing as Vermelo. Really like his voice lines.

Casan is the worst with her stupid laugh, vermelo is ok, hes fine for the normal cog gear skin, but the onyx guard male and female voice needs to change regardless!

That a pretty abusive way to treat their baby.

I’VE JUST SEEN, wtf were TC thinking? He looks like a right goof…

I was thinking the exact same thing a couple of days ago.

In my search for a decent gears experience after giving up on 5, I ended up in gears 3 again, not as good as I remember, but that’s a different story.

So I picked up the onyx guards and man … they were such a different character. Clearly unlike any other in the game (especially Cog and Golden Gear). His voice lines and attitude were so superior, so proud and made you feel like a super soldier to say the least.

They really got it wrong with the onyx, they should have done the same as Jermad, I mean he’s a Theron, but his lines and his attitude are completely different from the other Character.
But we expected a lot, money and efforts are not things that TC wants to put into this clearly.

Also
It is necessary to say
That probably the blame for the atrocity they handed us over as onyx guards was the horrible hero system.

To do something beyond a vermello and cassan reskin was to create a new hero, abilities and cards. That’s why they gave us such atrocity, now with the hero system out of the equation, there’s little hope of having something decent if fans asked for it.

Also where’s the Onyx Guard skin for Keegan? He’s ex-Guard so it makes at least as much sense to add one for him as it is the addition for the COG Gear characters they made.

Also where’s the Onyx Guard skin for Keegan? He’s ex-Guard so it makes at least as much sense to add one for him as it is the addition for the COG Gear characters they made.

TC would just have him wear the trash new Onyx Guard armor instead of the OG one and I don’t want that. It’s make more sense to have him wear the OG armor and he would likely still have the old armor lying around

I believe that Dana said he was looking into the changing of the Onyx Guard voice actor about two dev streams ago but I don’t think it’s been mentioned since.

TC definitely can manage this (maybe not so much now with the pandemic and availability of voice actors?) but I think it’s just a matter of prioritization. A good amount of people are still interested in the Onyx Guard as they’re mentioned quite often in the chats of the dev streams so hopefully they’ll change the voice soon.

Ahhh thanks for the heads up! I didn’t know about this, hopefully they sort something for us

As much as I wanna hear a different onyx guard voice, it’s not so easy to record new voice actor lines as it is to change the look of an asset.

One artist can work on a character model and change things easily (they have all character/weapon skins saved and it’s very accessible by any one of the artists) but it takes a lot more with voice acting… you need the sound engineer recording the lines/directing the voice actor, you need the actual voice actor to record a bunch of stuff, then you need to the recorded audio to be worked on (the engineer tweaks the audio, compresses it, adds it to the game, etc)… it’s a daunting task that requires many hours of work and it costs quite a lot just to redo something that is considered (by TC) to be completed.

It’s one thing to redo character/weapon skins, it’s a completely different thing to redo a character’s lines. The cost isn’t justified & the only way I could even see TC doing new onyx guard lines is if they brought back the gears 3 & gears judgment male/female versions of onyx guards & had them as separate characters.

Let’s face it… It’s just too expensive to redo standard character’s voice lines when it’s not justified. Yes, the onyx guard should’ve been separate from the beginning, but since they weren’t, it’s too late.

The only thing I don’t like about Vermelo is that he sounds like a discount Carmine. But he’s fine. Has some funny lines.

Every time a Casan joins a match, though, I audibly groan.

I believe that Dana said he was looking into the changing of the Onyx Guard voice actor about two dev streams ago but I don’t think it’s been mentioned since.

TC definitely can manage this (maybe not so much now with the pandemic and availability of voice actors?) but I think it’s just a matter of prioritization. A good amount of people are still interested in the Onyx Guard as they’re mentioned quite often in the chats of the dev streams so hopefully they’ll change the voice soon.

Considering most professional VAs have at-home recording setups, I assume COVID wouldn’t be the issue. Direction for these sorts of lines wouldn’t be terribly difficult to do over a voice call. I do that with half my cast in my Youtube series.

Like you said, it’s likely a matter of priority. Considering TC is simultaneously working on the Series X version of Gears 5, Gears Tactics and Op.5, I doubt this would be anywhere near the top of their to-do list at the moment, even if they planned on doing it.

honestly if they had the OG onyx Guard or at least if they added LED/Lights to the current onyx guards they would look awesome.