Is this new? Not seen it until i started using raam. 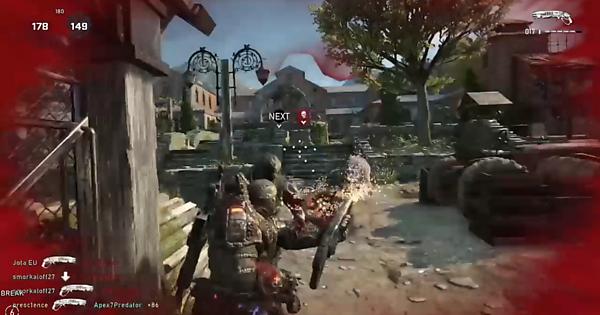 Either way it looks very stupid and initially had me confused about how I hit him at all. Who checks to see if the players hand is still on the gun? lol.

Oh and just becuase this makes me laugh everytime. 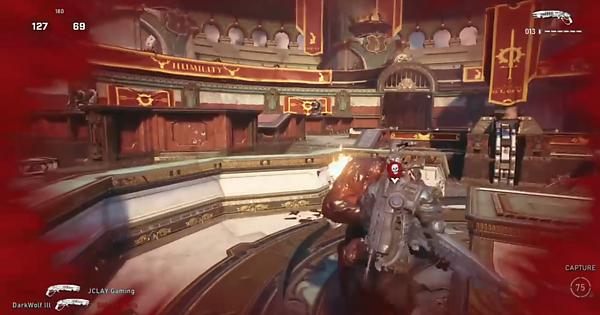 I always wondered how I miss point blanks.

and yes, I am getting bored waiting here for tu4 to drop.

This is really interesting actually. I’ve seen the one-handed shotgun before many times - usually in high latency matches - but ALWAYS in the “trigger hand”. In this clip,he’s holding in the “barrel hand”.

That’s a new one for me…

It is almightily odd, and I couldn’t find any pics that looked like mine either.
It does appear to be visual only though as the shot appears to originate from where the shot gun would be.

That is pretty funny too. I thought I’d seen it mentioned before but couldn’t find anything on it. My google-fu must be getting weak.
At least the one in the vid still has the shooting making some sense.

RAAM is just that bad ■■■, he doesnt need to use both hands

It doesn’t provide any benefit does it? I remember the glitch in gears 2 where you could pick up a boom shield with your shotgun. That was broken. This looks like more examples of TCs incompetence at programming.

May be TC got it confused and done another feature without any announcement:

I skeet shoot often and I tried hunting a few times.(Didn’t get into the latter but loved the former)
Depending on the shot being used real shotguns can kick like a mule. Birdshot, I can fire 100 shells of that and my shoulder will feel sore tomorrow. Buck shot however if I fire that my shoulder gets sore that day. The first thing they tell you is to hold it tight to your shoulder and lean into it. I don’t know if it would knock someone back like in Ride Along but the recoil would definitely knock someone off balance.

Apart from probably confusing the crap out of my opponent, not really, the shot still seems to originate correctly, just no where near where the gun looks to be pointing.

Haha, Ramm’s so scary that he only needs to point the gun at people and it pulls it’s own trigger, lest it displeases him.

Oh I’ve seen people practically go over skeet shooting, old ladies and shotguns are a funny mix.
To be fair, I know what to expect but that first shot always rocks me back more than I expect.

Killcam glitch most the time. Stopped getting it when I turned it off a couple months ago.

I don’t know about this instance though because it looks like it goes right back to two hand after the shot goes off.

Might be a new animation to remove the delay in back A’s from having to swing the Gnasher around.

Killcam glitch most the time

It’s 100% in game footage, yeah the re-grabbing animation does look too smooth to be just the arm getting stuck. Looks like it managed to get caught it an animation I’m not familiar with.

Might be a new animation to remove the delay in back A’s from having to swing the Gnasher around.

I’ll give the benefit of doubt and assume you’re being sarcastic.

I know. It’s a possible glitch that happens when killcams are enabled whether it’s in-game or spectating/actual kill cam.

Oh man I thought I was crazy when I saw that, but I’ve only seen that with Raam whenever I played oddly enough.

That phantom trigger pull is hilarious.

possible glitch that happens when killcams are enabled

Ah, I get ya now. If it keeps happening I’ll try turning the kill cam off. Seen it so little so far it hasn’t really made a difference. Thanks for letting me know.