Hey Gears Fans!
This is the official thread for you to provide feedback on the Developer Playlist
We will be listening to and reading your comments, and dropping in to ask questions as necessary!
Dev tuning is an option in custom matches

Are the new settings live to try out currently?

Supposed to be soon, so getting this ready

Why is it live in every game mode except Guardian? Even ranked

Why is the developers playlist in ranked and quick play already as oppose to its own playlist whilst you try stuff out and see if it’s worth adding?

Poor move, needs to be removed from every game mode apart from said playlist - hoping its an accident and not a sly way of putting it in

The tuning is already in every playlist as well as Horde/Escape.

As predicted, it’s too slow. There’s nothing “tactical” about this. It’s done little more than make previous manoeuvres risky and mostly fatal, making it difficult to take on more than one opponent.

You can’t just decide to slow the game down this much over a year into it’s lifespan, it’s bad enough we’ve had to constantly readjust our style of play for this game due to many different changes.

We now have a tuning that fully awards botwalking and holding that LT button right in until it’s crushed into the controller.

At least put it in Classic Blitz like you said and restore the previous movement until a proper decision has been made.

The new setting are horrible,why is so hard to make like gears 4? And for some reason the gnasher shoot candy…i really start thinking this game can’t be saved at all…
Only arcade feels good,sorry TC only the scorcher is great…

Ps:
About the scorcher,why the skin are only 5? Where is the art dèco?🤷‍

It’s horrible. PLEASE DON’T ADD THIS TO MAIN VERSUS.

I cant remember the last time Gears felt this good. Movement and hitting shots is now calculated and tactical. You can still play aggressive, but you have to actaully think because you’ll get punished for the wrong decision. No more relying on the upA/back A out of every scenario. I’ve noticed that strafing and roadie strafing is now a viable playstyle in certain situations. Slowing down the game and reducing all the rifle damage allows so many more playstyles to be useful.

This update brings all the changes over the past months full circle. I really feel like I’m playing Gears of War again.

I keep seeing people say they feel like they’re running in quicksand. What game are you playing? The movement does not feel that slow at all . We need comparison gifs to show us the changes being proposed

Hardly something that would make you feel like running in quicksand.

Shot delays when aiming out of cover make no sense in my opinion. After all, it is a cover based shooter, and I don’t see why you’re limiting people aiming out cover but there’s no delay when performing a Back A or Up A. Again, there are already enough delays in the game limiting players. Feels like the awful net code and bullet magnetism on the Gnasher are not helping matters here.

Pros - Feels like Gears 2 gameplay but extremely smooth and more meaningful. The added weight of the characters with the Rifle nerfs surprisingly bring back that classic Gears feel! While it did feel clunky at times, it was a lot funner than wall cancel and Up A spamming the whole game.

Decrease gib range and revert Gnasher bullet magnetism to the exact way you had it in Gears of War 4. I’m getting hard aimed and botwalked by no-skill players more than ever now

Remove shot delay when aiming out of cover and remove or shorten wall cancel shot delay. I don’t see any reason for these to be in the game.

Slightly increase strafe speed and roadie run speed. Remove the awful Roadie Run input delay for us Classic Alt / Defaulternate control scheme users (if you know you know), Along with that, remove the massive input delay when sliding to cover on Classic control scheme… then I won’t have to remap my whole controller to Classic Alt in the first place.

I feel there has to be some give and take here. Can’t just nerf movement into the ground and not slightly buff some areas to compensate. Those delays were implemented because the movement was so fast at launch they had to limit us in a lot of ways. Now that the game slowed down, let’s remove these delays so that people can go back to using all the different playstyles such as Roadie Strafing that were possible before Gears 5!

The tuning is perfect. You can consistently punish people for their mistakes. The fights and movements are now more methodical. It feels more like chess how gears used to be. I love it and i hope it gets permanently added to the rest of the game modes.

Really love new tuning as said already classic gears feel to it. Along with these new maps.

The game feels too slow for me. However playing on Blitz with people that are not playing seriously doesn’t let me really experience how it would feel in a real game.

If I had to give my opinion based on the playlist, I dislike it very much and I hope the game stays the same.

So the bullet magnetism is actually lower now for both LT and hipfire in the gnasher than it was in gow 4( even comp tuning).

The shot delays are def needed imo. Gow 2 and 3 had even more delays than g5 has with this. The issue is, with something as unique and exploitable as the wall cancel mechanic, freeing up controls (removing delays) has actually led to certain things becoming “broken”—example: air back A

Heres a clip of how broken the air back a is rn: 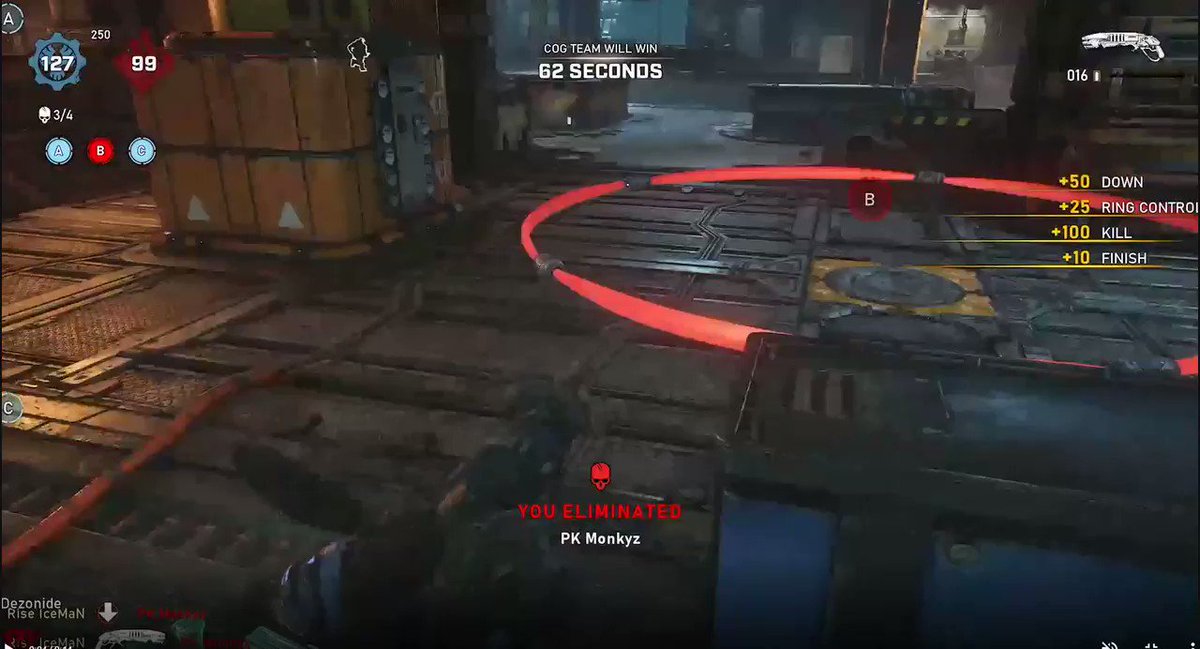 The delay to shoot after a cancel is largely for things like this air back A. The delay to shoot when LTing over cover, from what I understand, is for situations when someone slides directly into your cover and LTing you before you can even react, because the shot would come out seemingly before they hit the wall, which in a lot of cases ended with you getting 99 in1 and them chunking you. I have heard a suggestion of maybe not having the LT delay of you’ve been sitting in cover, but idk if that would work.

I also would like to see more playstyles, particularly strafing become useful…and with this tuning they are. With the delay to shoot after cancelling, that automatically makes classic strafing more useful because you know There’s no delay…roadie strafing, wall walking, and actually walking wide on a cover opponent is going to be more effective now. Wall bouncing and cancelling will still be effective, but that wont be the ONLY option.

I’ll need to play more to get the feel but overall these changes are amazing imo.

Agreed I hope they put it in ranked playlists asap

I’ve been getting a lot of disconnect props at the moment, keeps telling me I must be connected to gears 5 services or something