That’s the answer from Marketing. What’s The Coalition have to say about that? Can we expect an annoucement about Gears in E3 at least?

@RdC_SockeT Guy Welch is the Gears of War marketing director who works directly with the Coalition. The Coalition usually announces if they plan to attend E3 to showcase their new projects, so we’ll have to wait and see in the next couple of months.

For anyone who may be interested @Ultra_Gnasty and I did a 2 man Boss Rush without forts yesterday with our HUDS completely off. It was pretty difficult but was actually alot of fun. 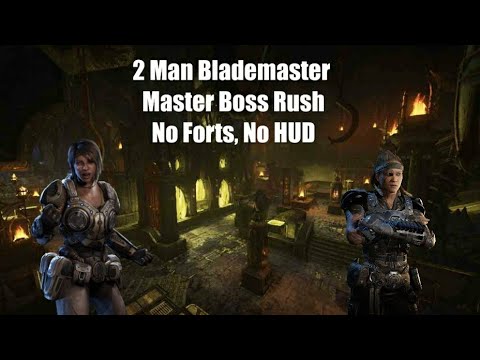 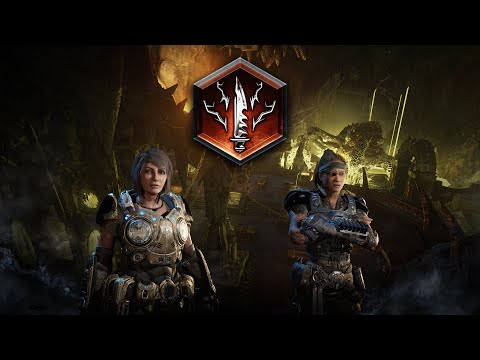 Tagging you just to make sure you see this image

I completed Persona 5 Royal over the weekend. It was my first Persona game I’ve ever played aside from the P4 fighting game years ago and I thoroughly enjoyed my time with it. The goth doctor is hot.

Never played a Persona game but i know ALOT of people were happy when Joker made it into smash bros ultimate.

Glad to see more people getting into turn based JRPG

The only thing better than saving the world and killing God with the power of friendship, is doing it with good manners and taking turns.

It makes me appreciate his inclusion even more now and I actually pick him and the Mementos stage quite often. The music is also incredible. I jam out to it at work all the time. I’ve missed out on a lot.

I can also recommend DQ11S and Yakuza: LAD

Smash Bros has exposed me to many games i otherwise wouldnt have even gave the time of day.

I haven’t played either but I do like me some Dragon Quest.

I still have this bad boy for my Playstation.

I have that somewhere, still sealed (and the Toys R Us clearance sticker on it to boot). Started the 3DS port a while back.

Started picking up the Gen 1 and 2 Pokemon titles before Nintendo shuts down the 3DS eShop in late March, and started a playthrough of Pokemon Red. Very quaint, and it has its charms, but I miss a lot of the QoL improvements done over the years. While you have to dig into the menu for a lot of actions that are contextual now, you don’t need to for stairs / ladders like the original Dragon Quest.

Quick question about digital games that are delisted from online stores.

I gather that if you’ve purchased and downloaded it, then it’s yours and it won’t be removed from your memory drive.

But what happens in situations where you’ve uninstalled it? Can you just redownload it again through your game library (given that delisted games won’t appear in the store anymore I presume you couldn’t do it via the store)?

It just occurred to me that with limited memory on consoles alot of players have to uninstall and reinstall games all the time. Or if people have external memory drives, they eventually burn out so they end up losing the stuff that was on it (but can normally re-download them from the store).

You should be able to find it in your purchase history, on console or online.

The Microsoft history isn’t paged, but adds more items as you scroll down. This can be a bit problematic, since it takes a while to load purchases in batches and could stop prematurely. I tried to find some old Windows 8 games that I purchased years ago just to make sure I had them before the Windows 8 shutdown a couple weeks back. One attempt to load my history failed to go back far enough, but the second try did (but not all the way back to the beginning).

Nintendo says you’ll be able to redownload items. I suspect the 3DS and Wii U shops will still exist, just with nothing to buy.

I think the Wii and DSi shops are also still online for redownloads.

I think there have been rare cases when purchased content actually became completely unavailable, would need to do some Googling to find the examples. But the spin is if you buy it, you should have access to it even if it is no longer available to purchase. At least until the console’s functionality is completely shut off. I think this happened with the original Xbox, but Microsoft seems to be future proofing their ecosystem pretty well from the 360 onward. Not familiar with Sony’s setup.

I cannot describe how phenomenal this game is. I strongly recommend it if you haven’t played it yet. It took me 194 hours to complete the campaign.

Interesting. I started playing the first game years ago, but never really got into it. I only got about 2-3 hours into it though. I found it annoying because there didn’t seem to be a mission interface/journal so it felt like I was wandering around fairly aimlessly.

interestingly, i purchased the game upon it’s release, but at that time i didn’t have enough time to fully understand and appreciate it, to be honest i wasn’t even sure if i even like it.
however, three years later, i finally had the chance to play it and the rest is history. the game became one of the top 3 of last decade for me.
…

@jasonschreier
Microsoft's 343 Industries will still make Halo games, despite rumors to the contrary. But with mass layoffs (at least 95 people), an engine pivot to Unreal, and a focus only on multiplayer for the near future, 343 is hitting the reset button. New story: bloomberg.com/news/articles/…