This week, Dana was joined by TC Tyrus (LatAm CM) to answer some fan’s questions.
As usual, I’ve clipped out the important parts for your viewing pleasure! 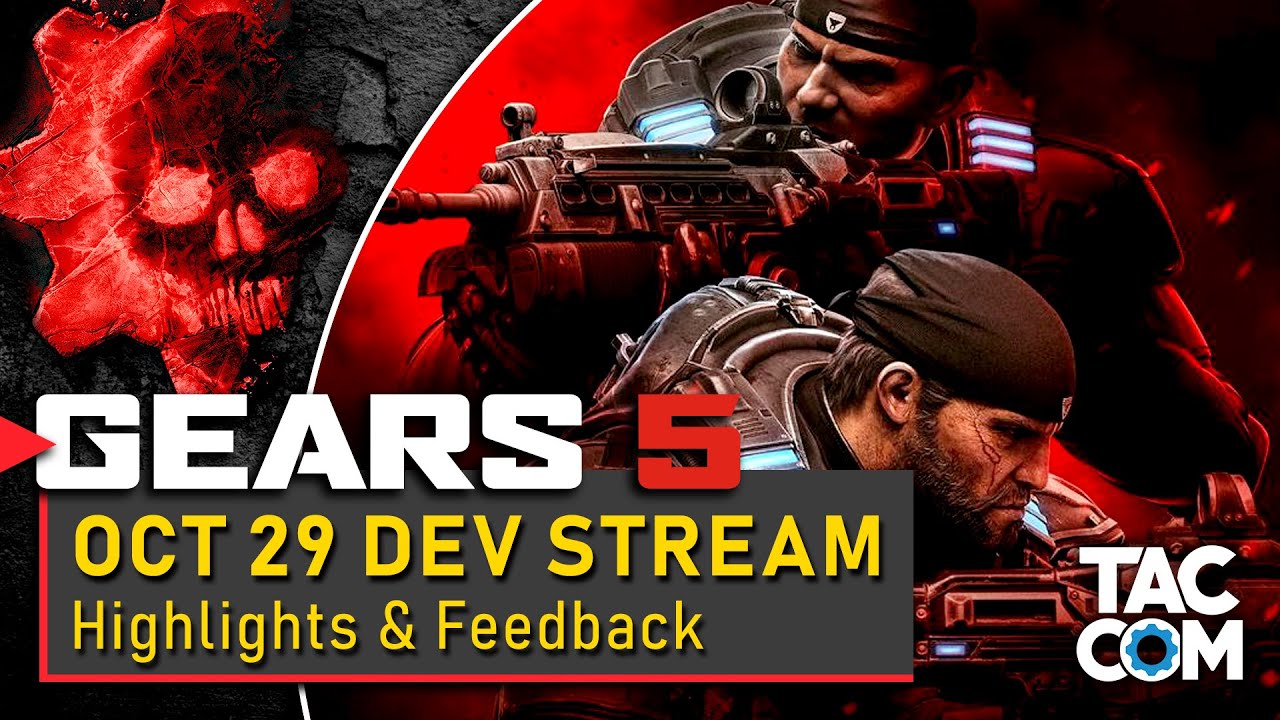 So were there any DEVELOPERS on this Developer stream?

(It shows my true feelings that i cant even be bothered to watch BChaps’ summary video… And i like BChaps, haha)

I was so happy to see this is here that I tried to watch it but I have a ton of work to do and am not paying adequate attention.

I saw him say - “A lot more maps in operation 5” and that not enough people were playing gears pop to keep the servers on. The last one makes me wonder where the Gears 5 numbers are and how fast they’re moving to getting popped out

I’ve still been able to play GoW4 so maybe things are fine, but it’s still a curiosity how many people leaving will trigger them to take down the Gears 5 servers

“There will be no new PvE classes”
Why are we still here ? Just to suffer ?

Regarding POP closing, Dana said that, “according to Microsoft,” you can’t change an achievement, because it is unfair to those who achieved it before the change.

He is FLAT OUT LYING. TC changed the requirements for the Ranked and Filed achievement in Gears of War 4!

Now, all you have to do is this:
“Achieved a rank in one Core and one Competitive game mode”

But you USED to have to do this:
“Achieved a rank in all Core and Competitive game modes”

How about when they changed the Allies XP in Gears 5? That did NOT change the achievement at all, but they reworked the XP in the game to make it easier. Again, that is something simple that TC could do by lowering the XP requirements to reach Level 20 in POP.

He acts like everything that the community asks for would take an act of god to do. This isn’t frikkin hard, Dana. Just treat your fans with respect… pretty damn simple.

Also, for the record, I was the VERY FIRST person to ever complete the Gears POP achievements and I am STRONGLY advocating changes to the achievements to make them easier for people to obtain before the server closes. How’s that for “fair”?

Didn’t they change the Chest Candy achievement in 4?
Like, all but 3 ribbons were needed to get it.

Yup, forgot about that too, although it was more like the Allies XP, where they just changed the code to not count two of the harder ribbons. But still, thanks for the reminder and another example of the hypocrisy coming from Dana’s mouth.

“No new PVE classes” Are you seriously telling me that for 18 weeks since OP4 launched you didn’t make a single new class for PVE in OP5? We only got 1 new class in OP4 and we’re getting nothing in OP5?

There are other ways to skin the Pop achievements cat.

It isn’t our fault someone made the progression so slow it would take YEARS to complete without spending several thousand dollars.

Urgh. This is really disappointing. I know that the characters and class roles are being decoupled and that it a big focus as far as PVE and Op 5 is concerned, but TC have mentioned that new classes are something we can expect in the future as an on-going thing and I would have liked at least 1 new class to be added in Op 5. Especially given that Operation 4 has been such a long one (18 weeks) so they’ve had alot of time. It’s important to keep PVE feeling fresh. Also for Op 4 we only got Paduk. So basically since the start of Op 3 which went live at the very end of March 2020, we’ve only had 3 new Hero characters/class roles (Cole, Clayton and Paduk).

TC, to recap, here are three options to take. No need to “discuss” them, just pick the one that is easiest to implement:

And really, there’s even another option…
4. Just auto-pop every achievement for anyone who plays this game until close.

The Tour and Social tab thing makes even less sense to me that we are not even given the option to show either the Tour overlay or the Social thing for friends. I personally find the Tour overlay to just be unnecessary clutter to show something easily accessible and to me much less useful than the status of friends who may be on without having to check my friend list or the social tab. Especially since we still open the Tour tab to reroll objectives anyway.

Agreed. Whilst I am disappointed that there are no new PvE classes coming in, we already have quite a few in the game already, and we are getting to a point where we are making redundant classes the further along we go.

There are a few ideas that I have, but for the most part I cant pick too many gaps the meta needs filling.

I wouldn’t want TC to add classes for the sake of it. I’d want new classes to offer something new and unique compared to existing characters/classes rather than something which was a carbon-copy of an existing one.

I personally would love to see a dedicated Grenadier class. I posted some ideas for skill cards, passive skills etc a couple of months ago. Maybe TC have some other class ideas as well which we’ll see further into the future.

Needed to put skins in campaign. That’s what the people wanted apparently.

Just means another operation that I sign on every couple weeks to master the new escape map. Gives me a chance to play other games

I said the moment I heard they were decoupling characters from classes that I doubt they ever come out with another class. It’s just skins from now on.

Yeah, I certainly don’t want them just adding stuff for the sake of adding them.
I do feel there’s a few cool ideas floating around out there though, so a minimum of 1 class per operation would have been nice…just to keep it feeling fresh.

For sure. I’m also aware that depending on the length of Operation 5, by the time Op 6 starts, it will be around March 2021, so if there’s no new class released mid-Op 5, then it will basically be 3 new Heroes/class released in almost one whole year.

Hopefully other content in Op 5 will keep us all busy (and happy). I guess we just have to listen out in the next two weeks.

At the risk of offending any Trump supporters here, i see a similarity between TC communications and Trump statements.

Both are based on the idea that/of:

Pay attention only to my words NOW, in THIS statement. Accept it as gospel. Do not question it, do not think about it, do not fact check it, do not compare it to related past statements that I/we have made, simply accept it as the truth, and champion it to others.

Woah! You’re playing with fire now! Careful you don’t get this thread locked!

Just want to say thank you for these recaps. You took the 2 minutes of pertinent info for me and put it in a much more compressed video that I can actually tolerate watching. The dev streams just have no appeal to me. Something about sitting through 2+ hours waiting for about 2 minutes of info that I’m looking for is not worth it in my opinion.

And glad to hear @mjrdecision say that they’re looking at options for the Pop community. Hopefully this means much larger in-game resources as rewards, or freebies to help folks get through the grind in the next 178 days.