Now I've seen it all.... Dropshot headshotted by my own teammate

Anyone else ever seen this? Today in a TDM I assisted a teammate in acquiring Drop. I go ahead of him and he starts shooting drops sloppily. One of them lands on my head, stops, and does the sparkly thing where it pauses for a moment when someone gets a perfect headshot, and explodes.
For a sec I thought, “How the hell did they take it from him so quick??”
But I didn’t die.

I’ve not seen this happen ever. Is it a glitch, or a thing?

Never heard of that happen ever. If you didn’t die from it, then it was def a glitch.

I’m not surprised by anything like that. It’s GOW 4, anything is possible now

No seen it before, even done it myself. Even though it won’t kill you, it still connects like a headshot. Why, I have not idea. Doesn’t surprise me. Remember when I could tag my teammates with nades and have them run kamikaze into the enemy.

It’s not a glitch, bet your teammate was saying “thanks gears gods for friendly fire being off”.

Sometimes while playing Horde as heavy I would duel a fellow heavy into a dropshot headshot match, not a bad way to spend the time when all the engi does is build more sentries.

But have you ever headshot yourself with Longshot?

My own Gnasher has turned on me and when someone does 83% in one shot on me, it assists THEM and does the final 17%

I once accidently fired a dropshot into a wall and it bounced a short distance, I rolled away and it headshotted three enemies. Ridiculous.

I once accidently fired a dropshot into a wall and it bounced a short distance, I rolled away and it headshotted three enemies. Ridiculous.

That should have been Gears Clip of the Week on twitter

that sounds about right… 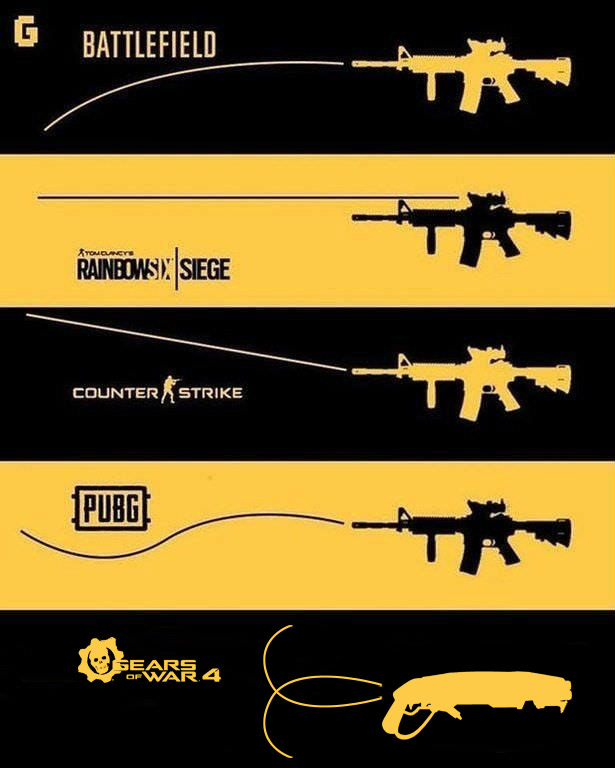 He didnt headshot you but an enemy and maybe you stood too close to this enemy. This happens also with torgue bow qhen a enemy gets hit and you stand too close to him explosion will kill you

No, I had just killed the enemy he was shooting at before the drop made it’s way over. It was absolutely on my head and followed me as I moved. It was particularly easy to see because I play on PC with the FOV zoomed out a bit. It looked exactly like it does if you get dropshotted by an opponent. According to some herem they’ve had it happen to them too in Horde so it is either a thing in VS too, or a glitch that carried over.

No…
You can head shot a teammate with a dropshot.

Check the color of it in this one.
I’m on the red team and that is definitely a blue one drilling into a blue team member’s head.

(at 4:25 - and in the screenshot for the video thumbnail)

My brother was able to get a dropshot headshot on himself once. He shot it, and then jumped forward right when he released the drop, so that it landed right on his head. Killed him lol😂

You should have captured and uploaded it for us to see.

Wasn’t possible. I have heard that using the DVR feature on PC may create even more crashes so I never set it up on PC and I was on PC when this happened (and also when frags failed to get kills and all other sorts of weirdness that’s happened lately). Shame because I love to make clips and have hundreds of clips on my One X.