No announcements of Gears 6 at Award Show 2021

Game Awards for this year just ended and they announced quite a few new titles, Gears 6 not being one of them. Honestly for the better since its still quite early but just thought I’d keep you guys updated.

Here is a list of what was announced if anyones interested
not much discussion here, just informative I guess.

The Game Awards 2021: Every Announcement From the Show | Digital Trends

Decided to skip The Game Awards? Here's every single thing we saw at 2021's show.

Wouldn’t expect anything at all until E3 next year.

Was hoping to see a trailer for the new Zelda game but Nintendo was absent from the show besides Metroid Dread winning best action game. Which is definitely well earned.

Todd holding out on us for any new fallout stuff

Wouldn’t expect anything less of the dude who’s sold Skyrim more times than he could count on his hands.

He could sell ice to a polar bear.

Todd Howard said if we want him to stop selling Skyrim then we have to stop buying it. Which is impossible. Lol I know Elder Scrolls 6 is a long ways away but I need to know SOMETHING about the game.

He fooled me at the fallout 76 reveal.

John Denver and T-51 was such a low blow by him.

The location too, I would’ve never guessed in a million years we would be going to West Virginia.

It’s like them saying hey! Our next fallout game will take place in Delaware. Literally nobody thinks of Deleware. NY made more sense. Since you cant have a post apocalyptic franchise without including NY at some point.

sometimes your wishes come true, i asked for matrix game with UE5

for a long time i always wanted a new matrix game (with UE5 ) since it’s not happening and i assume there is a another matrix movie will be release around 2024 this crossover came to my mind for gears 6. neo and trinity skin [the-matrix-original-lobby-tweaked] sentinel for jack skin [Xy2RL] but overall i’m against crossover.

this demo made by epic games with help of coalition, even though it’s a tech demo, it’s incredible mind blowing. 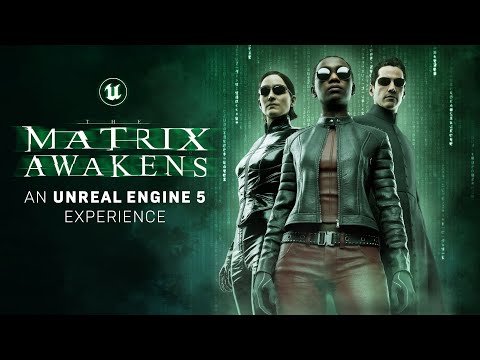 i find glassdoor reviews pretty legit, so here is another clue…

The 18 month contractor window is still a massive problem IMO

Edit: I mean the entire contract system, not specifically the timeframe.

Exactly
based on our previous discussion here :

Was there a change in the community manager ranks? Gears 5

this person described his experience working at ms and his thoughts on 18 months rule : https://www.linkedin.com/pulse/what-i-learned-from-6-years-contract-work-microsoft-brett-gaba The 18-month expiration date. As of July 2017 Microsoft has a rule that states that contractors can only work in their role for 18 months before they need to take a 6 month break before coming back. There are some exceptions to this rule, the main ones being Managed Service positions that can stay on network indefi…

recently jason schreier from bloomberg wrote the whole article about how this contract system can effect game developments, specially the situations like halo infinite and their 343 horrible management , so i think this article confirms we were 100% on point. i’m glad halo infinite did well at the end.
https://www.bloomberg.com/news/articles/2021-12-08/how-microsoft-s-halo-infinite-went-from-disaster-to-triumph