Needs to be said

But first I just have to say I love the respect and care going into all locust characters I have to commend you for that TC I can really see the care and love and respect going into that.

Now for what needs to be said… TC guys… I don’t care how you slice it… when we said we wanted execution back even if just for an event or season…nobody asked for any kind of ring capturing implementation to be added into our dearly beloved execution mode. PLEASE PLEASE just give us traditional execution… don’t be afraid of long matches dragging out. Or whatever you think you were trying to remedy by adding that feature…

Forgive me for this one but as soon as I read something about a ring I never even bothered to try it once… and also because it wasn’t there for very long but still you get my point… i felt a little disgusted. I know you guys are trying to win us back after a really rocky start… and when trying new things out with an old franchise it’s natural that you guys still may miss the mark sometimes and as a hardcore og fan I just want to let you guys know that’s okay and hey that is totally understandable we don’t hate you if an idea fumbles from time to time I truly respect your efforts. I just wanna cut this short by saying keep up the good work. Please try to lean much harder towards the original franchise in regards to overall tone of the game. I hope you guys bring back execution…Being brutally honest here. The REAL execution mode with no crappy sudden death ring capture cringe. Still loving what you guys have been trying to present to us. And keep it coming can’t wait for more maps love love love the mid op 6 map excellent work… please try to give us maps in between shorter windows. I beg of you.best of luck to the team at the coalition. … but at the end I just wanna say… classic execution classic rules no funny business pleasee. Thank you… sorry for the crappy punctuations and format of this forum. I’m tired and just a fan that wanted to vent. Take care be safe love eachother!

One final side note. A perfect alternative would be to just give me my Gears of War 2 Remastered with playable functional servers and classic hardcore gears 2 rules and game modes all the way through all across the board. I would call it Gears of War 2 UE but they added marking targets and I don’t want any new school touch ups done in regards to the rules and settings for gears 2 classic pvp remastered.

The original execution was removed because few people played it and a big reason for it was it being a campfest.

2.0 keeps some of the original spirit (warzone rules in execution is just dumb) but it effectively eliminates the campfest issue.

Old exe won’t be coming back and if players don’t try 2.0 at the very least, guess what will happen to single life modes?

Play the game, give TC some constructive feedback.

just play the game and enjoy the new modes

Wasn’t the reason for Escalation existing for the esports mode was because most Execution matches at a high level turned into a camp fest after the initial?

I remember going for the 25 Competitive wins achievement in Gears 4 with Execution, and the more I played the more I encountered this standoff type thing. I don’t mind it once or twice, but sitting at a piece of cover peeking and shooting for 5 minutes isn’t particularly enjoyable, and I’m not really learning much either.

And wasn’t a ring capture as a sudden death win condition suggested for years by many people?

The problem is that people don’t play classic execution anymore. It was added in a month after launch because people wanted it, and then was the first to be taken out because of low population numbers.

Although I do agree the Warzone rules are stupid. Execution should have execution rules.

For me they completely took away the skill it takes to go 1 v 2 or 3 in execution for the win or stale mate. That was the one thing that made execution intense. Moving around and trying to your best to get to a stale mate or a win. Now its camp the F out where the ring is going to be and win. The only change I welcomed from TC was Control. It was extremely fun and made contesting the ring alot more enjoyable but this one just played like kill a few of the other team player and now camp until the ring appear and now camp the ring lol.

Honestly if players like this then fine, I really can’t see why, but maybe from now on try to create a mode that does not require a ring to win unless its a ring based mode lol.

I think your criticism loses alot of validity when you say you didn’t play it. How do you know if the ring ruins the experience if you never tried it? I found most games that the ring didn’t come into play. When it did, it would do so indirectly forcing the hand of the lesser team to make a move preventing the drawn out camp phase that can happen in execution. I think execution 2.0 is better but needs to be in ranked to ensure full teams and would be better with execution rules.

I absolutely love this execution because I’m not trying to sweat my ■■■ off the time, ring or not the mode is casual. It can be competitive if you want it to be that’s the great thing about it.

Plus you people need to get out of the past already. Execution was great yeah, but it was literally just people dying in the first 40 seconds then sitting in a dark corner until the round was over half the time. , I’m glad TC changed it up a bit.

the person with the name wrinkleyhornet34 is the only one making any sense to me.

i’ve purchased gears since it first came out with gears 1 and this was exactly what i was looking for in terms of execution. u want a campfest my dude theres always the old games. please TC dont change this. u got a good thing going here

The original execution was removed because few people played it and a big reason for it was it being a campfest.

2.0 keeps some of the original spirit (warzone rules in execution is just dumb) but it effectively eliminates the campfest issue.

Old exe won’t be coming back and if players don’t try 2.0 at the very least, guess what will happen to single life modes?

Play the game, give TC some constructive feedback.

It didn’t eliminate the camping in fact it made it worse just like brawl did.

I’d be happy If they add any form of execution to ranked, I don’t care what form it comes in. I was even happy with gridiron because it was somewhat close. That being said, traditional execution is much better than 2.0. The whole ring concept is pretty lame. If they really feel the need to add an objective they could always do something like search and destroy from COD or bomb from R6S.

Gears needs to have ranked execution or at least something similar.

Dude how are so many of you disagreeing with me

its a forums…
Not everybody agrees with me and I dont agree with everybody. thats not just the forums but thats life itself lmao

Because we’re allowed to have different opinions and frankly I can’t say the good majority have an opposing view to yours.

Nope, I don’t believe you.
I think opinions aren’t real.

Dude how are so many of you disagreeing with me

as cool as Hulk Hogan is, I prefer the cold and mechanical Liberty Prime 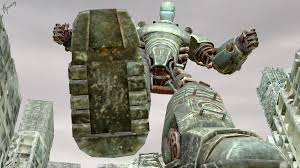 No one can top the GOAT

What am I looking at here?