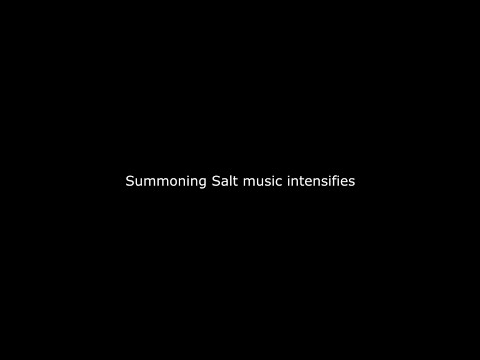 A short summary of my greatest accomplishments in the past years of Gears.

With that I’d also like to thank everybody I had the opportunity to play with and learn from!

One of the Pioneers for Escape solos. You, Turner and Beetle all inspired me to go for all the Escape solos I did.

Good stuff, i dont have the patience to try anything like that👍

Honestly one has to be the goat if they can do a 6 hour solo horde and not make a single death resulting mistake.

I’m sure everyone had some accomplishments of their own.

I think you forgot to add Brawler solo on every Escape map.

That Architect Solo was so special… I started at 1 AM just to test a little bit but the RNG turned out to be that good and I just happened to do almost anything perfectly that the first attempt turned out to be the last attempt too, finishing the run at 7 AM in the morning lol.
I believe I also explain it in the original video at the beginning with my super tired voice.

@Ektope (stupid Gears 5 Forumposts limits)
I’d be curious about what the others felt was their best accomplishments, especially BeetleCorn, he’s the real pioneer of Escape solos.

I wanted to fit in a lot more into the video but I’d had to extend the soundtrack and cut the videos a bit better. I’m a lazy edittor.

I’m sure everyone had some accomplishments of their own.

Me being a better random than most of the other randoms…

I used to be No1 on the labyrinth leaderboard for kills.

I don’t really have many greatest accomplishments in gears 5. But I did feel proud when I did my first solo as Fahz back in op4 under old Ironman rules on The Barracks.

And of course, it was fun to be a part of a great team with my friends @Kid_Kook and BeetleCorn. All those time runs were so much fun. I personally am very proud of our runs on The End, The Split, Ice Queen and The Detour.

I don’t really have many greatest accomplishments in gears

I guess you’re forgetting that you’re the #GunnerGoat.

One of two people to solo Onslaught No Speedrun (other one being @TurnerBurner922). It’s always the solos that have attempts span multiple days or even months like my Brawler and Marksman runs that were the most fulfilling to me. Specifically my Combat Medic one since I remember starting it one night at 1 am and finishing it at like 7 which left me 3 hours of sleep for work that day lmaoooo. Given the way it turned out, it was the price I was willing to pay even though I came so close to falling to my death so many times due to fatigue.

The fruits of your labor will come to your subbox later this month. You’ll see.

I’m waiting patiently. You’ve been hyping it up for awhile lol

Given the way it turned out, it was the price I was willing to pay even though I came so close to falling to my death so many times due to fatigue

I can assure you, nothing in a video game is worth your health lol

My best accomplishment? Probably this: Damage Values.xlsx - Google Sheets
It isn’t complete but there is a lot of information on it.

You helped me massively on point number 4 my mate. Never forget.

Since people got that trend started, for me, it would have to be Master Escape solos, some with several different classes and with all the available paths beaten except one*(third saferoom on Detour - don’t see that happening without Brawler and I honestly don’t like that class anyway). I’d suppose the ones standing out most being Surge as BM/Gunner, and Last Stand as those classes as well, right for the former and left for the latter. Could name Ice Queen as BM too, but there I only needed to rely on the game not pulling stupid BS to beat it.

That’s what I’d say, unless doing both high difficulties in the Campaign(main one, not Hivebusters) without using New Game+, or any kind of other helpful involvement, solo, also counts.

*Also worth mentioning I haven’t bothered attempting a non-speedrun solo Master on Onslaught. Currently I haven’t kept official video records of my runs because console recording limitations with built in tools.