Michael recently posted on his Twitter that Friday is his last day at TC.

I’m genuinely saddened by this because this man did so much for the PvE side of this game. You can tell he had genuine passion for Gears every time he was on a dev stream. He always had a huge smile on his face when talking about Gears, you could tell he actually cared.

Unfortunate to see him go but I hope he is well in his future. If you see this Thank you for everything you’ve done Michael for the PvE side of Gears. You are genuinely appreciated.

But I figured all of his PvE work was laying groundwork for what he’d be doing in Gears 6. Either that’s incorrect and he was just a stopgap between games, or he got a job offer he couldn’t refuse elsewhere.

Damn. I’m suddenly a little worried about the next game’s PvE.

■■■■! This doesn’t bode well for GOW and TC. Michael has been a fantastic asset and has put in some genuinely excellent work on GOW5. Best wishes to him in his new job. We can only hope that whoever fills his role in TC will build on his work.

“If I have seen further it is because I have stood on the shoulders of giants.” - Isaac Newton

@TC_MichaelAOS
Thank you for all your dedication and hard work!
I’m sad to see you go… 🥲
Wishing you all the best in your future endeavors!

WTH man whose left at TC anymore? The janitor?!

Damn shame I loved Michael Shannon. Wish him well wherever he goes next.

This doesn’t bode well for GOW and TC

Let us hope he had a youngling/padawan/grasshopper he was able to train in the ways of good PVE.

aka the person the fixes the servers.

He was the spine for pve, Micheal leaving means the next gears has a downfall written all over it for pve (but I might be wrong lol).

Sad to see/hear this, Michael has been a huge help to the fans. If I recall correctly, he spotted a discrepancy in Anthony Carmine’s character model and championed getting it fixed to be visually accurate. That is the kind of people we need working on any future Gears games.

Good luck in your future endeavors Michael. You’ve been a great help and we’ll miss you.

I honestly have no idea what to say tbh.

The Master Solo Escape challenge single-handedly made Escape my favorite thing in Gears next to the Campaigns (which in a way they work similar) along with horde not being a complete snoozefest for once on top of adding locust and lambent to the mix for the first time in 10 years. I am really worried as to what the future of PVE holds, but we’ll have to wait and see.

I am a bit sad about this, Michael was the lead figure behind a huge change in PvE post-launch.

Without the changes that came around in Operation 4 and 5, I doubt I would have played for as long as I did on this game, given the route PvP went on.

I played the game much longer because of that.

PvE is the one shining light of this game in my opinion, and a lot of it has to do with what came after launch, with very little resources to work with.

I don’t know whether you will read this, but thank you Michael, and the best of luck with your future endeavours, whatever they may be.

If I recall correctly, he spotted a discrepancy in Anthony Carmine’s character model and championed getting it fixed to be visually accurate. 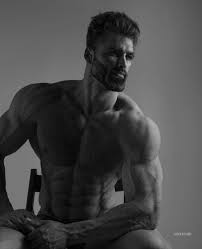 Worth noting, he was actually not initially involved with Escape or the PvE scene when the game launched(the way I remember/understand it, at least), and I think he mostly focused his efforts on getting Horde into a better place. So the mode may or may not get another chance in Gears 6 if whoever is in charge of the PvE then decides to pick it back up.

Only thing I can hope for is the state of 6 PvE not being so poor as it was when 5 launched, and no return of the hero system nonsense.

The thought of this terrifies me

Didn’t think of it like that. If Michael didn’t make the PvE in this game so good i wouldn’t have even met all those people or even be here on the forums or even have played Lahni/Blademaster at all. Pretty crazy to think about.

Forever grateful for him.

Fun fact, Michael started off as a level designer and he made the lasers on exhibit.

We called getting killed by the lasers getting “Michaeled”

He made Nexus which is a great map.