Joined a horde lobby for frenzy today, an architect and a striker (host) they were a group. I was nomad, the 4th was a jack.

A RE joined after we started on wave 1.

So the RE builds a few barriers, 3 sentrys and a shock sentry upto wave 6/7 and the base was set up.

Me and jack were doing most of the killing, the 2 in a group were doing nothing, they had less than 20 kills between them. At one point i asked if they were afk in chat, architect replied no why? They had 6 kills!!!

I now suspect they kicked the RE after the base was done. A pilot joined in their place.

On wave 12 we had a matriarch and a carrier, when it was only these left host paused. I quickly blocked them and they kicked the other two. I died while blocking the host.

These 2 players did nothing throughout the whole match, architect sat in the relic room 90% of the time with the striker and the striker only came out to use the mace at less than 5 enemies and bosses. They never captured taps or collected power.

I came across one on Horde yesterday on the daily (Turbine). I joined this lobby (so I wasn’t the host). This Slugger joined as well, who was on my blocked list. I thought to myself “Jesus wept, this is going to be painful…”

So the game starts and during the first 3 waves they’re just planting and throwing shock grenades everywhere with poor accuracy, shocking pretty much everything - enemies and all friendlies including me (I was an execution-build Nomad). Soon after the host paused the game and kicked them. I was filled with joy. Not only were we rid of this moron (who has actually used these forums before, but isn’t that active - they’ve only posted a handful of times) but it vindicated my judge of character. I was right to block him.

I have to say, I’m a bit unsure about the consistency of the forum rules about callouts. I know that direct callouts aren’t allowed, but fact is I’ve posted images of things like the scoreboard without redacting gamertags where I’ve made comments about how the game went (including anecdotes about how bad one or more players were) and they weren’t deleted. I guess if you take the light-hearted approach to it and present it as a “this game was hilarious” post instead of “this game was bloody horrible and I’m wishing death on this moron!” then maybe it’s acceptable?

I think it would be fair to say that if the OP posted a video, it would immediately be a call-out thread because of the nature of the post. Of course only ghost can answer, but I would assume that light-hearted stuff with players names in it showing off a bug, a game gone horribly wrong or like you mentioned above would be ok.

It depends on the nature of the post, if you are specifically calling out someone that generally wouldn’t be allowed but that does depend on context.

If a forum member is arguing with another forum member about a particular topic, then it is often fair to respond directly to this person, as long as it doesn’t cross into abuse. Example: Someone comes into the forum and posts about how they have every achievement, and someone looms up their gamertag and shows that this isn’t true. As long as the person responding isn’t abusive then that would be ok.

If a person makes a thread calling out a person, forum member or not, because of their poor performance or behaviour then it wouldn’t be acceptable. If a forum member makes a thread annoyed about a particular thing, like players not reading modifiers that is fine as they aren’t putting a particular person front and centre to be targetted for abuse.

Some of these lines can be blurry and may heavily depend on the people involved, how the post is said or received. For example, I will give a lot of cheek to the people I play with, but it’s never mean-spirited and they know that, and vice versa.

Some people may not want to be dragged into a debate, and they have the right to be left alone if they choose.

I understand why it is frustrating, but if people were allowed to post their ingame arguments in here, we as moderators wouldn’t necessarily have the full context.

You could have a 50 wave game, or an entire versus match of people trading insults, going afk, or generally causing problems and then either party could selectively show clips or screenshots that paint the other party in a negative light.

We as moderators have no way of checking the history of personal messages between people in the forum, ingame chat, xbox live messages, or anything that has occurred during gameplay. Even if we did have all of those things we wouldn’t have the time or resources to thoroughly investigate to make sure a fair picture was being shown. Even if all of that criteria was met, TC wouldn’t want their forum filled with “court cases” where players are judged.

Yeah i understand why its not allowed, would just like to give people a heads up about these idiots.

I could never put myself through 50 waves with randoms. 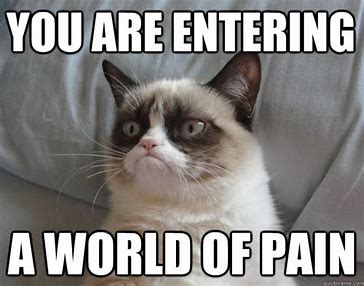 Had a chuckle at this the other day.

Looks like you were stealing the kills. A wonder you weren’t kicked earlier.

This was the 1st wave. I dont play jack to baby sit😎

Never join that lobby. Very easy skip if you see it.

I played the daily frenzy and the host kicked me in the last wave, probably because I didn’t deposit in early waves (I was tactician).

You can post the video in here as long as you cover there names up. I’ve had to do that before.

I didn’t deposit in early waves

I never deposit unless asked in the early waves, i always perk.

LMFAO I love it when people who have no Idea about Jack trying to tell the Jack player what he needs to do.

Think you could DM me the names?
Thanks.

I’ll message you on Xbox.

Play with friends who you can trust; if you can’t find friends at the very least host your own lobbies.

I also assume that players don’t block players, easy way to avoid garbage players/trolls who are “unmuted” for a reason.

Name seems familiar from Gears 4 - I encountered multiple awful players from that game in 5 too. Including one or two who I remembered for joining a match, then quitting straight away on wave 1 every single time. How they got to a high reup in either game with that attitude is beyond me.

I’ve played with some of those players in the screenshot scoreboard and have had my own post match slanging match with them. One is regularly on my UK daytime horde matches.

But I will say, sometimes Jacks do **** me off by not doing the reviving duty and being completely ignorant to what’s developing in the wave. Not saying that’s the case here because I don’t know, but that’s why I never play with any Jacks ever with randoms. I’d prefer another ‘proper’ player. I also find more jacks quit matches too than any other class. Especially 50’s.

Random Jacks seem quite obsessed about damage with that glitched damage score.