Hi there I am new to this forum so bear with please. I read a lot of posts from people saying that they love Gears 5, and I do too, but that the Matriarch fight spoils it for them. It’s true it kinda spoils it for me too, just too hard, and I am on beginner. Been stuck on it for about five days now, and Sometimes just feel like uninstalling the game and playing something else. Tried shooting the ice and that’s fine then running around and shooting the back and that’s fine then it’s those really annoying Rayna scenes and if it doesn’t kill me then it will when it throws an ice thing, or charges at me.

I will try using the cryoguns next freeze it then stick a granade on its back… see if that works.

I am just stuck on it and nothing works. If anyone can help it would be appreciated.

First of all, we’ll need a little perspective. Beginner is truly meant for players who are new to shooters. So I’m curious about what other games you may play. What is your experience with other shooters? I know Gears is a tad unique being a TPS as compared to most shooters being FPS’s, but in your experience, what is the hardest game you have beat?

Also, are you playing co-op with a friend, or by yourself? If by yourself, how often is it you dying and how much is it your AI teammates the ones getting killed?

Try disabling camera shake in options. It allows you to shoot even the retro lancer with no recoil at all.

I never used the cryo cannon in that fight, just baited it by placing myself in the path of the ice so when it charged at me it froze itself. Also when with poor visibility, jump to the sides, never backwards.

Sticking with grenades works well. Also, if you have Jack’s freeze ability unlocked you can use that for a free easy freezing.

Matriarch spoils it for people? I thought she was a fun boss.

I ran through Insane mode on there and if you have nothing else, shoot the ice below and try to bait her charge.

Keep shooting the area just in case it re-freezes, and obviously brass her back up when she’s frozen.

Once she starts throwing her spikes, try to listen for the right time to dodge sideways. Otherwise look for some cover to stand behind. Remember that cover is not always something you actually have to hit “A” behind, and can be super helpful when you need to move fast.

Once she gets to her Omni strike, try get as far as you can to give yourself more room to dodge sideways or grab some cover. The spikes have travel time so you have a little bit of extra time to make a move when she fires.

Try to anticipate her jumping, normally forward or backwards dodging and roadie running will help steer you clear of her once she’s in the air.

Try to time your ammo replenishment safely, as you running toward the ammo packs could instigate her charge.

Always keep as much distance as possible throughout the fight.

Shoot the ground, shoot the back. Take it slow. Be patient. Like a Dark Souls boss.

That’s the biggest helpful thing against the Matriarch. Just don’t ever roadie run during the fight. Anything faster than “jog” walking will alert it to you, since its perception seems to be pretty much entirely sound and smell based.

The Cryo Cannons are helpful in this fight. Even on Insane I found they freeze the Matriarch quickly enough that you won’t get charged down. Otherwise, throwing frags underneath so they break the ice or positioning yourself in front of broken ice so the Matriarch charges into it and freezes over. Proceed to hit the back with any weapon, I found the Longshot to be most efficient at this:

Or you take the easiest(but also possibly most boring) way out and just frag tag the Matriarch whenever frozen. That’s the fastest way of killing. Just don’t get caught in the frag blasts.

In the segments where your vision is limited as Kait, just hit Jack’s Pulse ability. It will outline the Matriarch even then, making it easier to avoid it. Since it also seems to be aware of Kait’s position whenever those moments happen.

And hope it doesn’t charge at you in close proximity three times in a row. That’s occurred to me on my first Insane playthrough once. Yes, I survived, but it still wasn’t fun.

And never go near the thing when it’s not frozen. Otherwise, you’ll find death at the hands of the Matriarch, literally, with you getting ripped into two pieces.

This is the easiest boss in the game imo. It gets a bit tricky once the hallucinations pop up, but literally just position yourself on the opposite side of the ice lake in the middle, and then shoot at the matriarch. Then shoot the ice as it’s running and as soon as it hits the water it will freeze, then shoot it’s back. Rinse and repeat until it dies. Btw when the hallucinations happen, it will always walk towards you as if it knows where you are, but it will do it pretty slowly. Just walk over in front of the ice, and when you see it walking at you, shoot the ice and wait for it to walk in. The hardest thing I found on harder difficulties is just running out of ammo :P. For a berserker fight, this one is by far the most brain dead and uninspired IMO.

When it throws spikes, hide behind walls or pillars, or just roll out of the way.

When it starts jumping all over the place, either keeping dodging until it stops or use the cryo cannons to slow it down and freeze it.

In horde mode though, she ruins everything. If you don’t got a cryo cannon everything you have is getting wreckt. Really don’t like her in horde.

I thought it was no fun, but that’s because mine was glitching throughout that fight, making it take way longer than necessary to complete. I’m assuming they fixed the bugs by now. You should be able to find this fight on YouTube and observe how others have done it. You got some good advice above, but sometimes seeing helps put things into perspective.

Honestly anyone who is shooting her and not grenade tagging is making the fight longer and more difficult than it needs to be.

Or they want to challenge themselves over the easy way. Ever considered that might be a possibility?

The true way to do it, for Tai, Carlos, Dom, Bernie, Anya, Helena, Adam, Sofia, Loomis and Prescott— to make them all proud and do it like a real Gear…

Sadly, knives do not appear to do anything to that thing.

Well, Lahni and the Electroblade might, but you only wanna get near the Matriarch if it’s frozen(unless you’re suicidal or are looking for some real adrenaline kicks). But she doesn’t have anything to help kill it in Horde then… only in Escape.

looking for some real adrenaline kicks

Having it charge at me three times in a row on Insane(was she coming for Kait’s backside? I sure wasn’t doing anything to alert the Matriarch…) at practically melee range and dodging successfully all three times was enough for me, thank you very much.

Freeze her with the cryo cannon as well as with Jack’s ability, then grenade tag her. Rinse and repeat, the fight’s over in five minutesz

For someone who has been stuck on it for five days? No, I would assume that they’re not a masochist and probably just want to beat the damn thing.

In that case, yes. But someone who doesn’t get stuck at it for ages may not use frag tagging it. 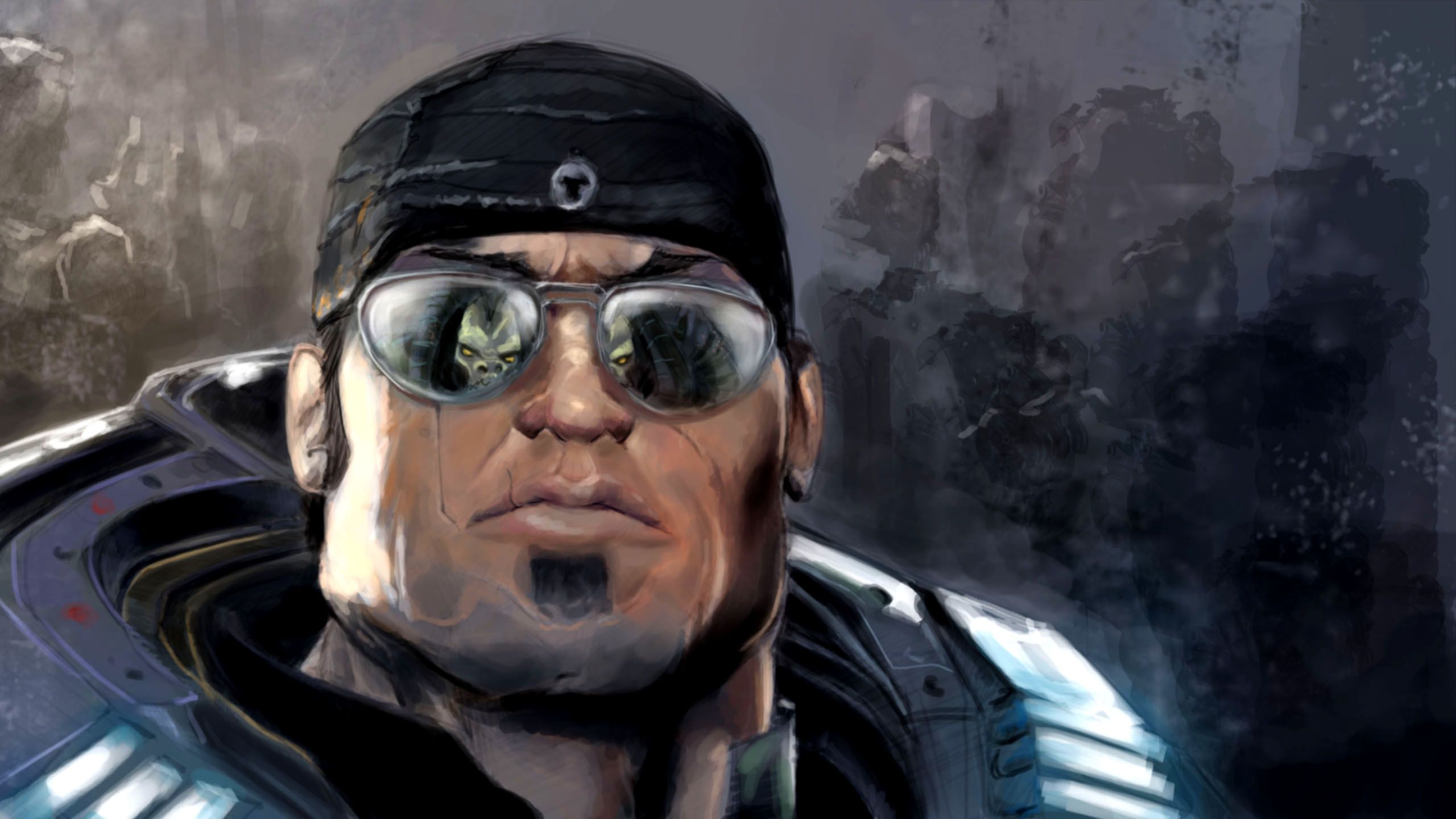