Masters of the cheat moves

I have said this time and time again. some of these slide moves that I see, when dude slides in covers and instantly all in one motion rolls around the corner and shoots me before he even gets to the corners is absolute bull$h!t. I get killed from all kind of bull$h!t angles , but when I do shoot them from the same angle, it misses half the time. oh and the one I love is when I’m on one side of a barrier, dude is shooting at me over the barrier with the Gnasher , while I’m blind firing over the barrier with my Gnasher, but somehow he kills me, makes no sense.

Practice them. That’s all there is to it.

As for as blind firing over cover, the angle is limited to over the top. It makes logical since that if you hardaim/pop shot over cover (provided it’s thin enough) youre able to look and shoot over it.

You can still kill someone over the top blind firing if you time it correctly with their actions and they’re not sitting in cover but it’s risky to go for so I wouldn’t recommend most the time.

Blind firing over cover can still leave you vulnerable despite showing significantly less of your body because your head and arm become visible. If you blindfire and miss while they’re in cover they can blindfire you and kill as punishment where they most likely wouldn’t have been able to unless they aimed over cover.

I have always played with the default style control, and I’m left handed. I’ve been playing that since 2006, no need for me to try to change now. this is how I hear people are able to perform some of these slide and bounce cheat moves, and dont tell me they aint cheat moves. I’m an old school gamer from the 80’s, I know what cheating looks like

I’ve been playing that since 2006, no need for me to try to change now.

If you’ve been playing since 2006 and keep consistently getting killed by someone simply using Up-A around a corner, then there’s plenty of need for change.

and dont tell me they aint cheat moves. I’m an old school gamer from the 80’s, I know what cheating looks like

If you’ve been playing that long then you should no more than most about cover fights and how shooting over them works, but that’s evidently not the case.

If you want to talk about ‘cheating’, “cheat moves” or exploits then we can look at backpacking or bird’s eye shots from cover in Gears 1 enabled by center screen shooting, where none of your body has to be exposed to kill someone.

You don’t have to change your control scheme to do these shots. All of them (most people, in fact) do them on default. Now, how you grip the controller may or may not make it easier (claw) but all of them can still be done playing thumbs, albeit much harder.

If you refuse to change and learn new things to adapt to the game when you’re capable, that’s on you.

So long as the developers allow them to exist in the game, anyway.

I have said this time and time again 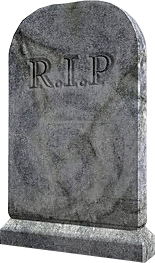 It’s not cheating just because you can’t do it

One thing for sure OP came on the scene strong. “Pure magic mate”.

I still can’t tell if he actually believes his BS or if he’s just a master baiter.

They have their settings on classic alt.

Classic alt buttons register when the buttons tapped as opposed to alt.

Alt registers after the buttons tapped.

Yeah it’s kinda a cheap shot. I have my settings on classic alt & it allows me to play fluid like air as compared to Alt.

Some stuff I could never do on alt than I can on classic alt.

Don’t know what you have yours on, but having classic alt will have you shoot mid bounce if you command it. Have to aim mid bounce too so it’s not all that easy. I’m not the best but I can do it & mixed with pop shot.

Some people play claw & if you can do that you’re a god. I can’t. My friend 7hour Kratos can. He’s a god.

In fact here’s his clips.