Marcus Players or JD Players on the most Toxic

Edit: Well, not one of my best threads as it seems to have been the wrong approach, so disregard if you may. In my head it was moreso based off of the memes of JD locker hogging and Marcus saying skip all the time and not sharing ult while taking all the kills. As many have mentioned I’m aware of the actual player being toxic and not the character, it was a satirical post but many may not like satire so I apologize if I offend you.

Never came across a toxic JD/Marcus. So no clue.

You know, I’m not entirely sure if this is a subject that should be addressed.

It’s a forum, that’s what they are for. Who cares man. Let it ride.

Well, I suspect this wouldn’t turn out as a very healthy discussion(given the nature of the subject), but all the better if it does.

None! It’s never been based on a specific character, it’s related more to the player’s action or the team that should never tolerate toxicity…

True. I will take it down. I was basing it off of the memes of JD and Marcus being “toxic” as JD hogs lockers and Marcus takes all the kills and wants skips all the time. Sure its more so the players themselves as any character can be so. Back to the drawing board I go

Well I encountered toxic players in different forms. There’s always that one player that will be a know it all. He will be like “lvl 3 locker first then do fence then do that then do this” the whole wave and when we fail he blames others. I’ve seen them in forms of Lizzie jack del Fahz and JD. But ya it ain’t the end of the world lol

neither one of them… one can’t categorize a toxic player because of his character preference. its a matter wether a person is dumb or not.

Uncertainty causes stress and fear in people. A common side effect of that is to try and control something.
How badly this affects us is up to us after we know that it can happen and is happening. There’s a good book by Mel Robbins that I think is called “Take Control”.
But some people may over think things to feel in control of something and others may repeat mistakes because it used to serve some kind of purpose and even though it trips them up - because at least then they get to choose something familiar.
How this relates to the op is that for a person who is tragically freaked out by these uncertain times and not secure enough in their own capability to thrive then they may retreat into a fantasy land where they can gravitate towards the most powerful character in the game and aggressively fantasize about having power, control and certainty.
The most powerful and best outlets for a person so afflicted have been JD pre-nerf and Marcus post-buff but power, timing and a soul that can’t feel good about themselves for reality based reasons all have combined to present themselves as a flawed individual behind a controller and a meta character.
It could happen that after they nerf Marcus hard enough then it’ll become Clayton.
All things considered though - people who act toxic are failing at life in some way and trying to fill a void with ephemeral and illusory game power. I think that probably the most toxic players are the sickest and that they may have moved on from JD to Marcus and if you see worse in Marcus then perhaps they’ve gotten sicker as time went on…

All things considered though - people who act toxic are failing at life in some way and trying to fill a void with ephemeral and illusory game power. I think that probably the most toxic players are the sickest and that they may have moved on from JD to Marcus and if you see worse in Marcus then perhaps they’ve gotten sicker as time went on…

Confessions of a Marcus player

When I play as Marcus, I get Living Legend Anxiety. This is the feeling that if I don’t keep killing and skipping, I’ll lose my ultimate. It’s not in the DSM-5 but it’s a real disorder.

By personality, I don’t want to keep money in the early waves to perk my damage or hog all the kills and I don’t want to constantly nag my teammates to skip but my Living Legend is like a drug. I need it. I can’t not have it. If I lose my high I can’t wait for a wave to get it again.

So like any other disorder, it’s “not my fault”. I take no personal responsibility. The Living Legend Anxiety made me do it.

I get Living Legend Anxiety

Me too man.I always get everything in my body elevated when ever I have living legend on

I hear it helps if as you’re shooting you yell “Git some!” 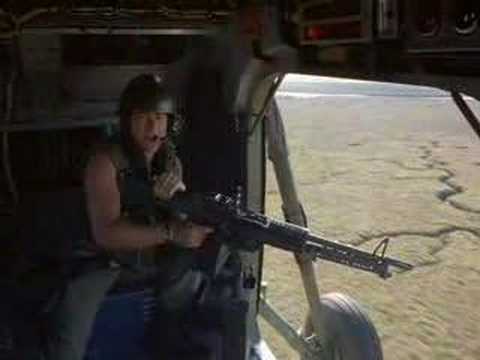 What about Engineers saying DEPOSIT every 2 Seconds?