Map builder coming to versus and horde!

Confirmed via @nodezero on reddit. Sadly will not be available at launch BUT the fact we can make our own versus/horde maps is amazing and tbe potential to see what the community can do with it is unlimited! 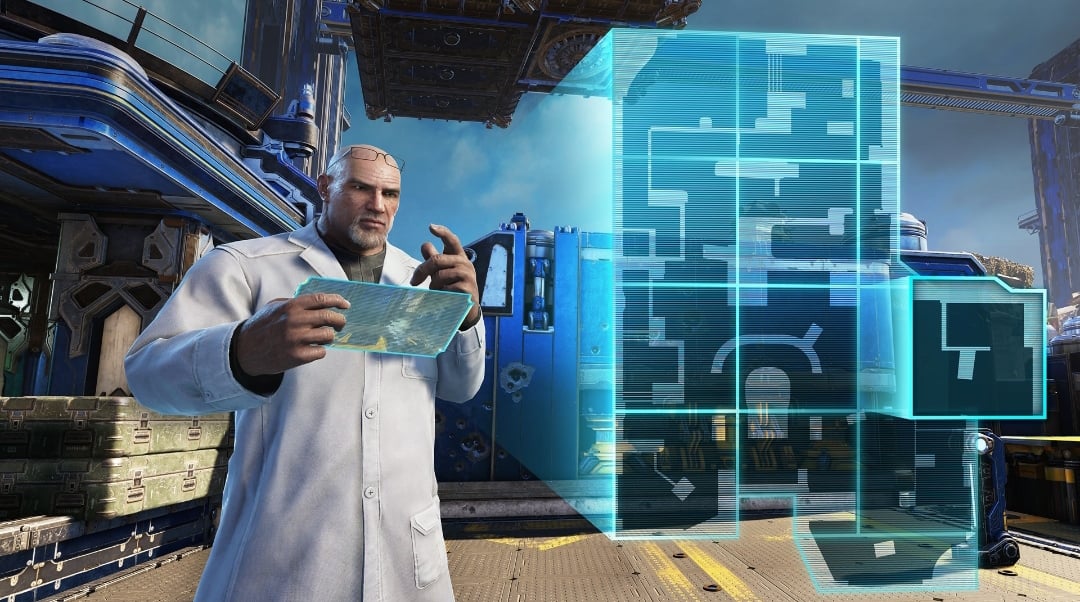 This is brilliant news

Will definitely give this a go for MP!

I expect some really good maps coming from the community

Going to make a map for Horde…Long corridor, spawn points on both ends…spam sentries in the middle. FTW! SR’s for life!!!

Not included at launch. Lol. I see they’re following that trend. Releasing a game without all the features it’s intended to have.

It’ll be worse if we have to pay for this.

I hope this isn’t the case, and I hope we don’t have to wait too long after launch. But right at the gate we’re already promised features that won’t be there at launch. NOT GOOD.

As of right now I suggest everyone at the very most buy standard edition or play off game pass and refuse to buy the UE version. Falling for this stuff allows them to see that this type of strategy is acceptable. THIS HURTS the franchise you love when gaming news outlets and reviewers see the game and review it based on what it has at launch. THIS in turn has deveasting effects on you, the player. Poor e3 presentation and marketing. Now this.

My my, this keeps getting better by the minute.

I presume that fan-made maps will initially just be for private matches, and TC will play test fan-made maps and potentially pick the most balanced ones and add them to ranked / competitive further down the line?

People will be able to make speedrun maps for horde now

When I first heard of the map builder, I assumed it was for VS. I’m not sure if they’ve shown it in action at all for the Escape mode, but I’d like to see how indepth it is. It really could lead to amazing stuff if it is flexible enough, and could also inspire the dev team and give them great feedback on types of new maps to create. I’m really happy to hear this be announced already, regardless of it not being out at launch.

This, coupled with the fact that Gears 5 will launch on Steam, has got me excited and back to desperately searching for new info, after uninstalling and not playing Gears 4 in like half a year or so. All I need to hear now is that the game will have a UNIVERSAL weapon tuning that is more akin to the original competitive tuning. Please don’t have modes split again, it’s so annoying trying to readjust nonstop, ontop of the CORE tuning being so horrid to begin with.

Only Gears 1 on PC had this availablity back in the days.

I wonder to what degree they will allow the players to edit thier own maps. Puzzling together pieces like in Doom or go even futher with it.

Looks very similar to DOOM’s SnapMap system, especially with the map tiles. I’m hoping they eventually expand upon it like DOOM did where they added an open map tile and custom geo. (Plus having scripted AI/ scripts in general would be pretty cool as well).

I know I will be for sure. I just can’t wait to make threads about Speed Running and making a lot of people here angry

@TC_Octus A quick question for you about the Map Builder,

Beyond just eventually including Horde and Multiplayer, are there currently any plans or internal talk around expanding the tools and flexibility of the Map Builder over time?

So from what little we saw of the Escape Map Editor, I know it’ll expand to VS and Horde, or at least that’s the plan, but what about thematic or pieces added? Like in Dooms Snapmap where they added Quarantine and Classic style rooms to the builder.

Is this a plan for the future? Or anything? @TC_Octus?