As the tittle suggests is macroing a bannable offense in gears 5? i see wallbounce and snub macros reguarlyl, as far as i can tell TC havnen’t given there stance or opinion on macroing and its allowance in the game.

It would be cheating if they were using macros.

Even if a wallbouncing macro existed, it wouldn’t be very useful in my opinion. For the millionth time, wallbouncing isn’t a very good mechanic in higher ranked lobbies. Its very predictable and difficult to aim your weapon. The only thing that it would be good for is evading shots I guess. But even so, a decent player can track a bouncer fairly well, or at least know where he’s going to land.

It’s when you eat macaroni cheese and play Gears at the same time.

Essentially a script which allows a process to be automated.

Macros in this game aren’t even worth making a stance on. You shoot your snub fast and you can wallbounce. Both things a LOT of people can do. It doesn’t guarantee skill or anything, so I wouldn’t even consider them “good”.

Macros are so underwhelming here I didn’t even know they existed, that’s how little of an impact they do in this game.

Macros could be a problem, but so few people know how to use or program them. If you have a device like the CronusMax, which is a controller programmer, there were available macros in Gears 4 to guarantee active reload timings, rapid fire, gun recoil cancelling, etc. Not sure how available those programs are for 5 though. The only way TC could do anything about macros is to have some algorithm running in the background that reads controller inputs, but I doubt they’d want to invest their time into something so minor.

I play PC so its max snub rof all the time with no loss of control for doing so.

There’s some of these on true achievements, idle xp in escape, idle kills in 2v2 and idle kills in guardian. All of which r done in private gms.
Howvever i dont think its right to use these in pvp, its called cheating🤦‍♂️ 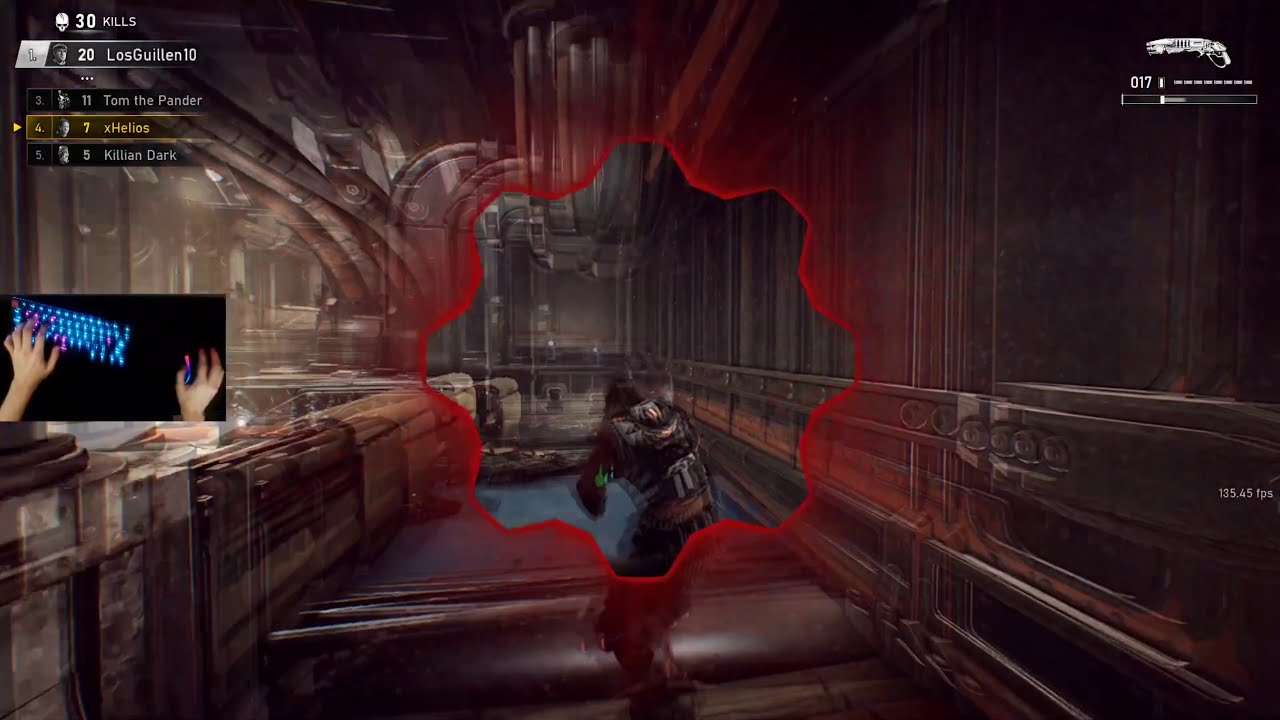 Helios showing a macro in a tutorial video. Skip to 3:40

This is why TC need to put out a official statment regarding it.

Revs chainsaw.
Chainsaws wallbouncer.
Gets death threats because of " no skill "
" Okay, this community sucks. "

problem is u cant “detect” all macro .

Some macro is build into the high class gaming hardware, these dont need install any exe to work.

Btw gears gun is so inaccuracy i dont think macro will make any big impact to pvp. And the recoil is too easy to control, program it just a waste of time.

Ps: they also remove the AS effect in pvp, no need to macro that too